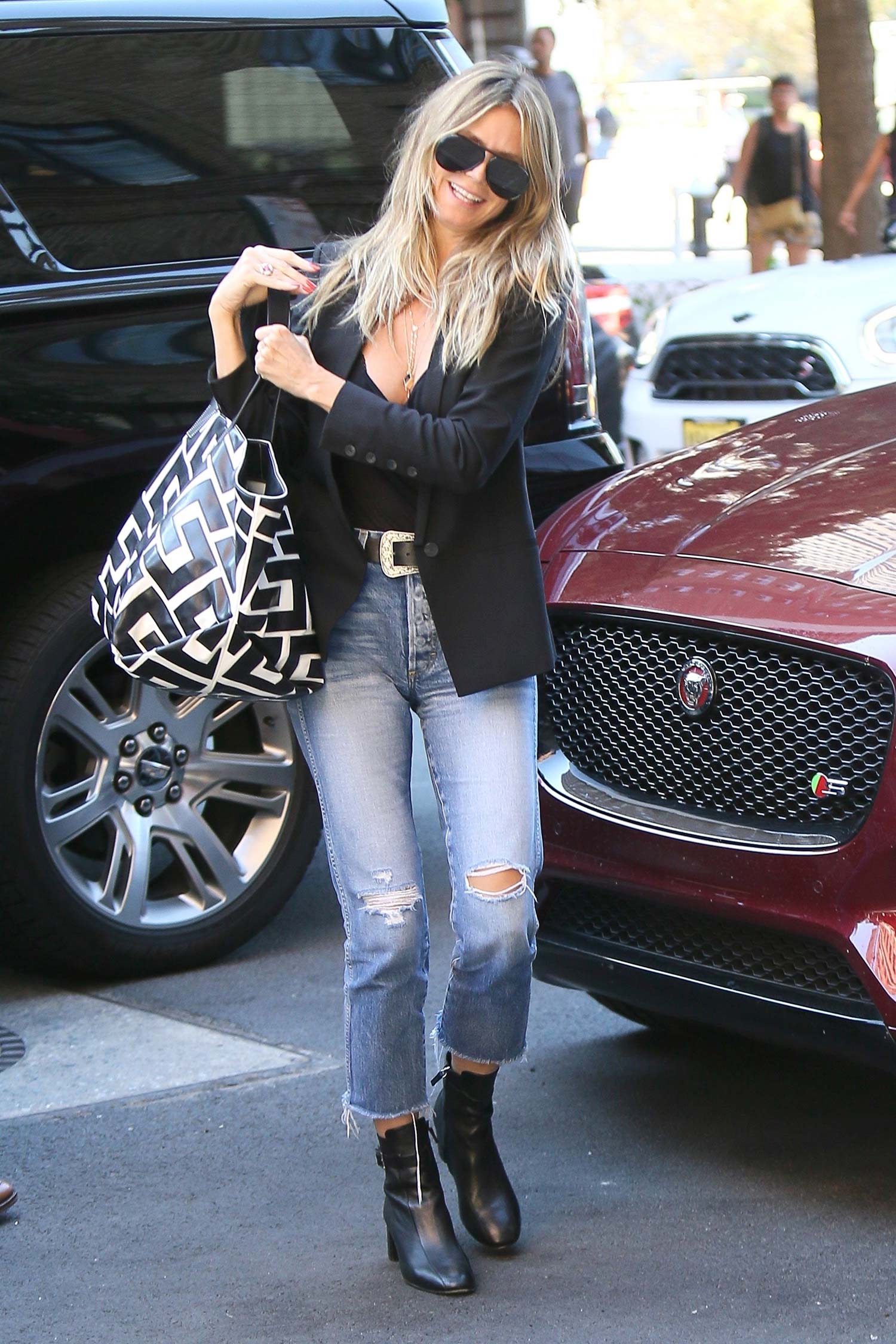 It’s been a little while since we saw Heidi Klum gracing our denim screens, so I thought I would do a little throwback to an outfit of hers that didn’t get published from a few months ago. She was pictured arriving at a New York City hotel with her daughter Lou (not photographed) after getting in on a flight from Los Angeles, California. She seemed to be in great spirits as she smiled to the paps while walking by them. It’s great to see Heidi doing so well!

For her outfit, Heidi wore her AMO High Rise Loverboy Jeans (similar here) which she styled with a western belt, a black cami top, a smart black blazer and some black ankle boots, finished with a large monogrammed tote. We saw her in these jeans a while back and she styled them with a Ralph Lauren denim shirt and the same belt, which I found really hard to choose between the two looks. I included the other previous one again for you below, so which outfit do you prefer?

One thing I do love seeing is jeans break in over time. You can see the difference here between the two outfits. The one below was when Heidi got these jeans fairly new, and the one above which I’m sharing today shows the knee holes opened up and ripped even more, and the fraying on the hem even more broken down. I much prefer how they look now as they’re worn in and more personal to Heidi, but it gives them more character which I can’t stop admiring. It looks like they have loosened up a little bit too. Have any of you tried the AMO Loverboy Jeans? I haven’t, but I think they look great and really embody that vintage jeans vibe that everyone loves now. 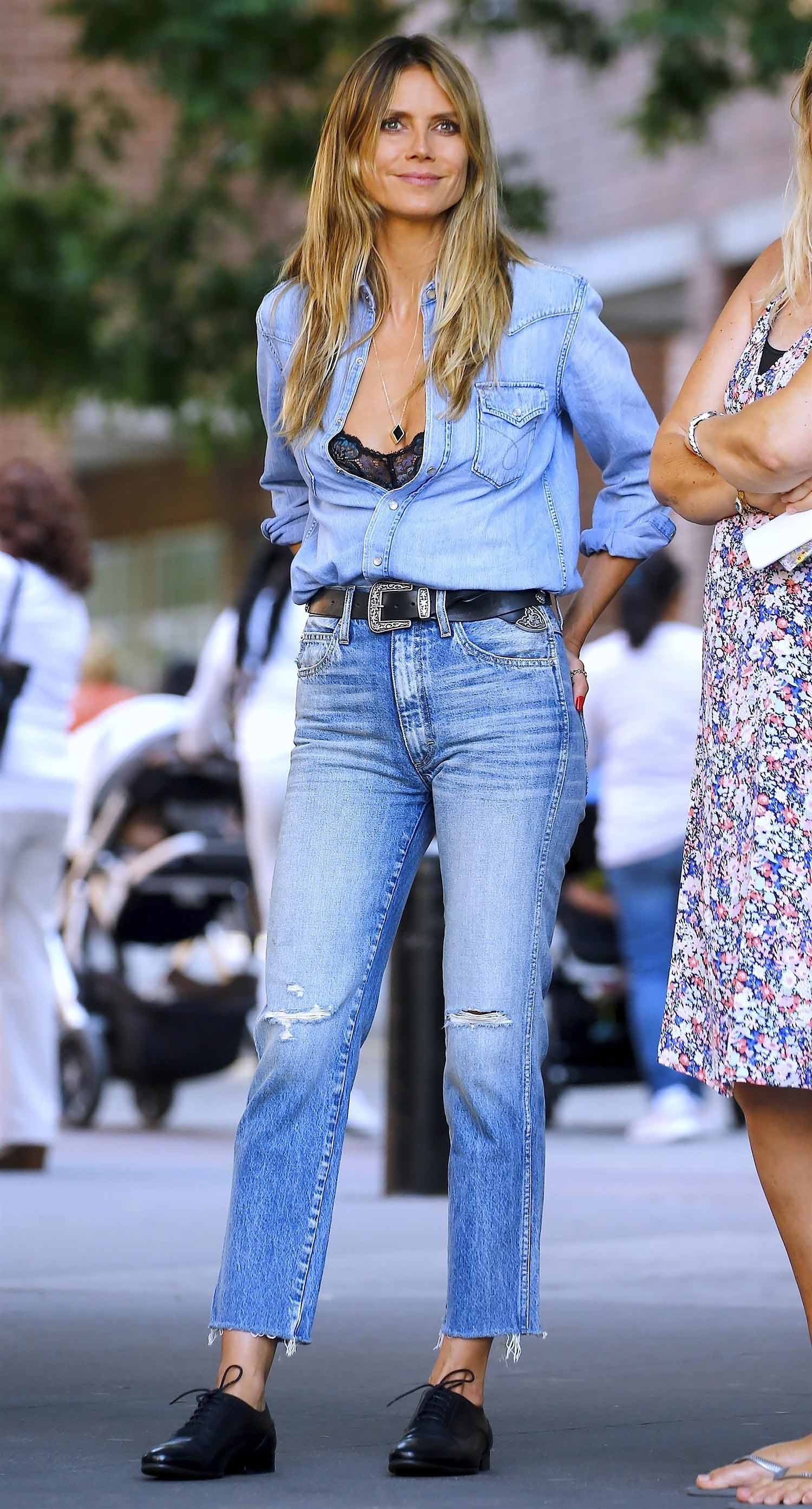