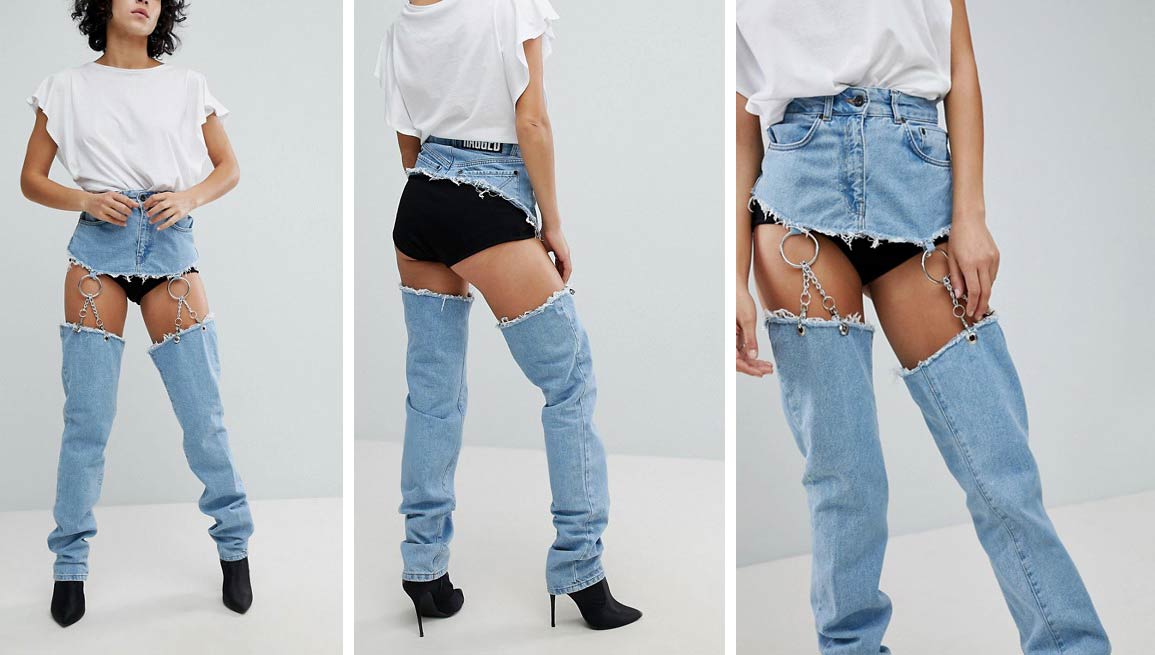 Has the denim world actually lost its mind?

I wasn’t actually going to do a blog post on these Ragged Priest Chap Crotchless Jeans, but as they’ve gone viral and a friend showed me them, I couldn’t bite my tongue. I’ve spoken numerous times about how the denim world has gone crazy over the last year or so and keeps on releasing the most weirdest jeans, some that are not even wearable and some that are just outright insane, then once you think it can’t get any worse, along come these…

My love for denim has somewhat dwindled (as I mentioned here) and when you’re faced with things like this, can you blame me? I don’t even know where to begin with them. I know Shirley Ballas from Strictly Come Dancing modelled them on Loose Women (which was hilarious) and then a model actually tested these jeans out and about in London, doing normal things (see the photos here). How she didn’t get arrested for indecent exposure, I don’t know! I mean what happens if some of you ladies like to go commando with your jeans? Don’t even try it, ha ha.

I’m well aware that Ragged Priest as a brand have always liked to push the boundaries and go down a more unique route, but this just really takes the biscuit in my opinion. I can’t help but wonder sometimes if brands release jeans like this on purpose with the intent of going viral and to see if people would be crazy enough to wear them, or they actually genuinely like them. Who knows? Anyway, I had to share these with you. They’re no longer on ASOS as I think they sold out, which shocks me as they’re £75, but there’s a similar pair available here if you want to check them out.