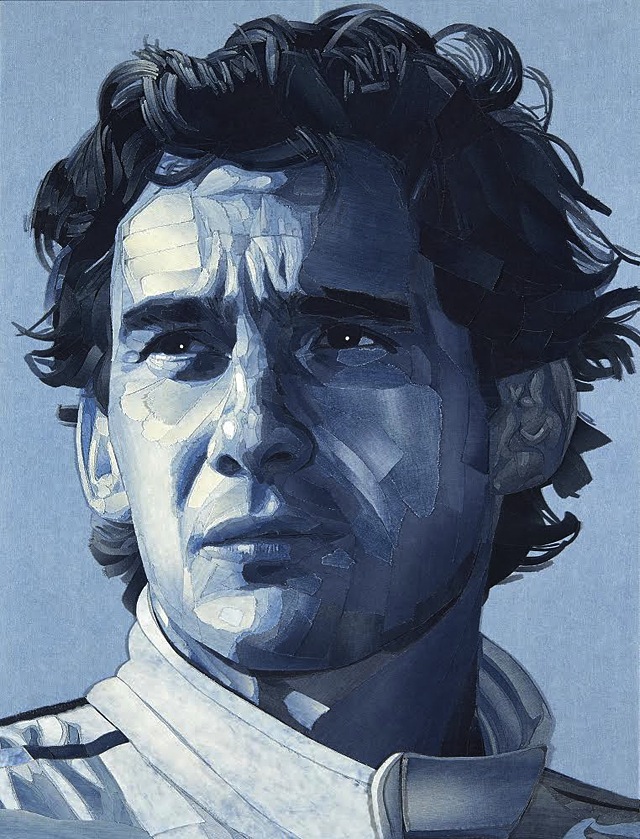 British Artist Ian Berry (also known as Denimu) has created a portrait of Ayrton Senna made out of his family’s jeans. I did an interview with Ian a few months ago about his work and some of his favourite pieces, so it’s an honour to be able to feature something else from him. To me, he is one of the most talented artists as he uses denim to create all of his portraits, which for a denim blog owner like myself is like tailor made art!

Being that I love both art and denim, I can appreciate the different uses of light and dark fabric, using varying washes of denim to truly capture the shadows and highlights of Ayrton’s face. The pieces selected and the cuts of fabric are perfect, just look at the texture of the hair and how it looks real, but it’s made from strips of denim. It really does fascinate me how different parts of the jeans, like the seams, pockets, waistbands, thicker and thinner sections etc can be utilised with such skill, to create a 3D portrait like this. I feel like the darker areas of indigo capture the true essence of intensity on Ayrton’s face, you can really feel his expression. This to me is an amazing piece of art.

So, what is this portrait about? Commemorating the 20th year since Ayrton Senna’s passing, Ian collaborated with the Ayrton Senna Institute to reveal his unique portrait of him, crafted entirely of denim jeans. The iconic work of art has been made using jeans from Senna’s family. They gave the jeans to Ian to create the portrait so he could intertwine the family into the piece of their beloved Ayrton that also celebrates the work they do with the Institute. I think this is amazing! 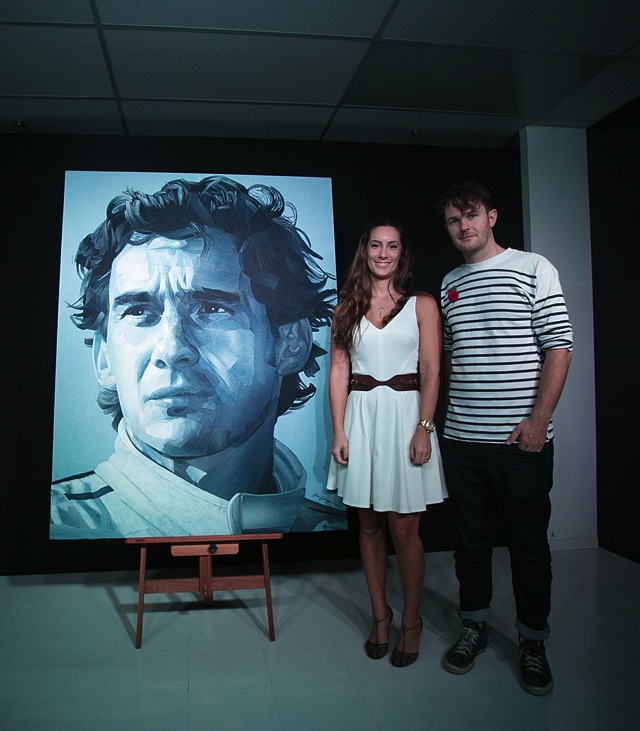 The portrait was unveiled on the 5th of November at the headquarters of the Institute by the family while Ian was in attendance. The unveiling of the portrait was just a few days before the Brazilian Gran Prix at Interlagos, the home track of Ayrton. The portrait was made for the benefit of the Institutes great charitable work with the proceeds to be donated to the Ayrton Senna Institute, a charitable organization to create opportunities for human development to children and young Brazilians.

While working from his Amsterdam studio, Ian found inspiration in his early childhood: ‘’I remember playing a racing game and we all wanted to be Senna, I was only ten in 1994, but I remember. In later life I realized that he was an icon that transcended the sport of motor racing and is one of the greatest icons of the 20th Century and his legacy lives far into the 21st’’. Contributing to the unique details of Senna’s portrait Ian notes: “I think it is beautiful that it is created out of jeans from his own family. They have carried on his legacy with care and made real his wishes to help the children of Brazil by founding the Institution Ayrton Senna after Senna died in 1994.’’ 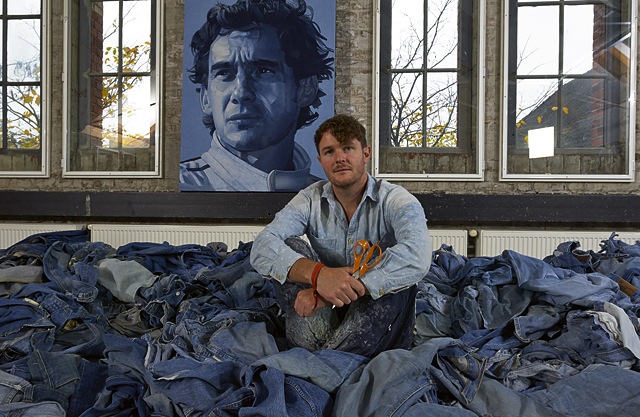 I did get the chance to speak to Ian about this amazing project and what his thoughts on it were, as well as the unveiling with Bianca Senna, Ayrton’s niece, to which he said “It was the most amazing experience yet. The emotion and the comments were too good to share and to be retold. I don’t believe that anybody not there would understand the special moments that were had and the tears shed. It is hard to explain, so I won’t. But lets say the best possible words and phrases were used and the best time was had.”

You can see a video just below on Ian Berry in his workshop, creating the denim art and it’s extremely cool! You definitely don’t want to miss it! You get a close up and real experience of how he thinks, chooses the pieces and more! Check it out! 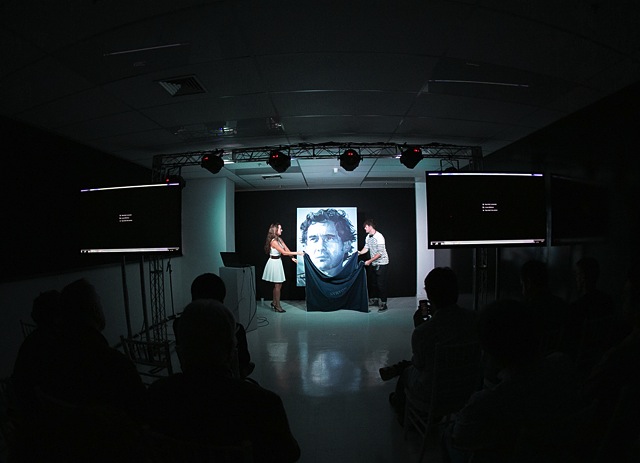 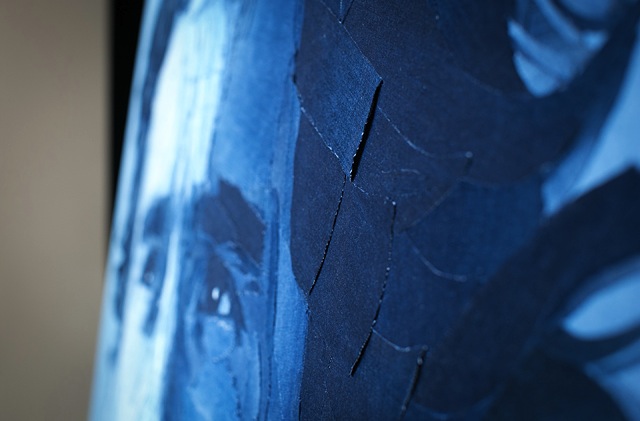 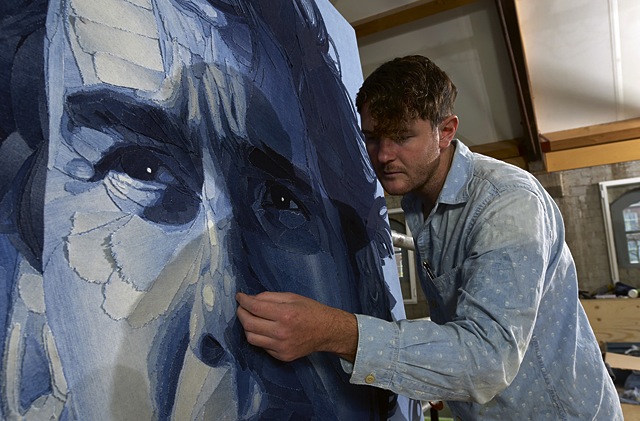 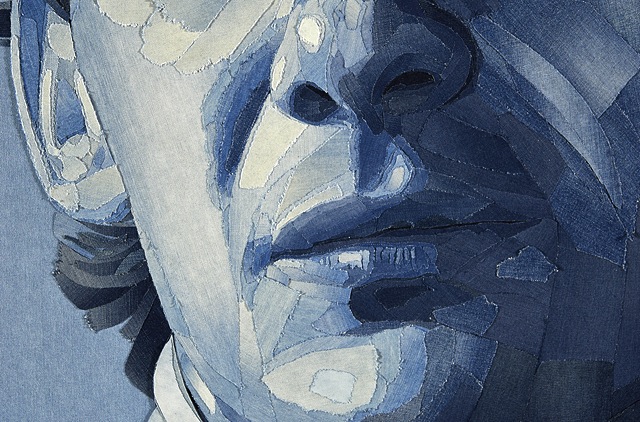 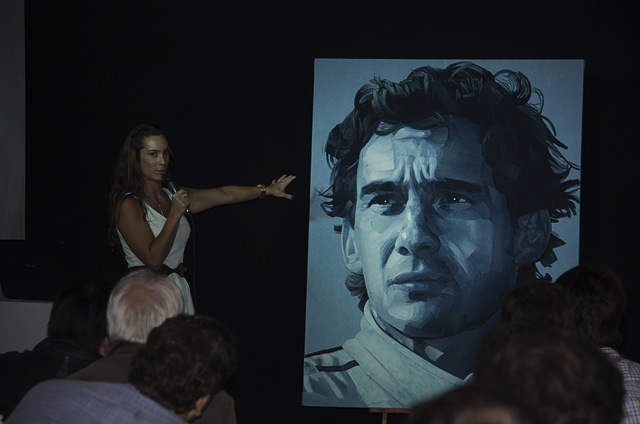 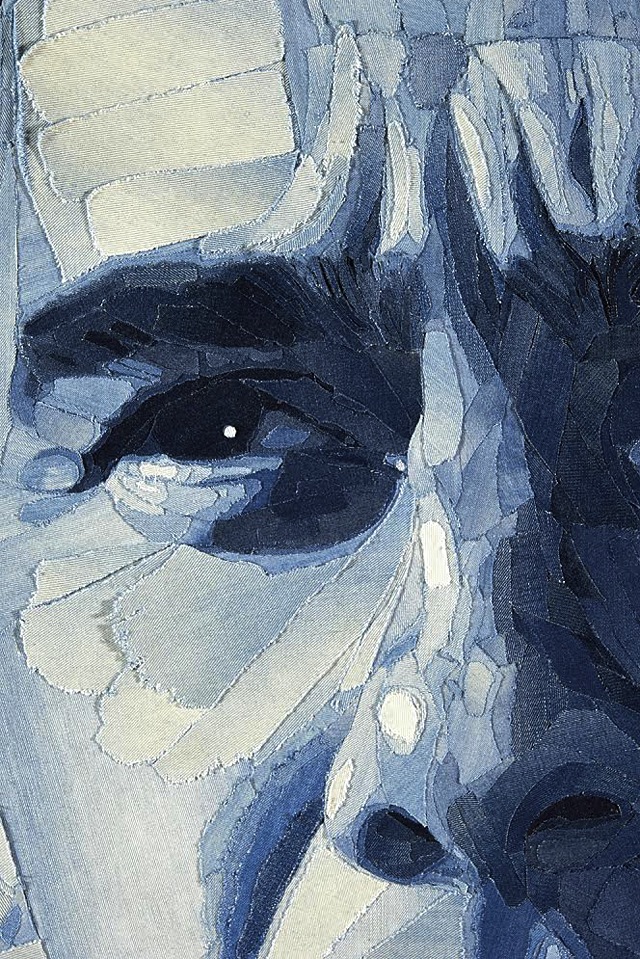 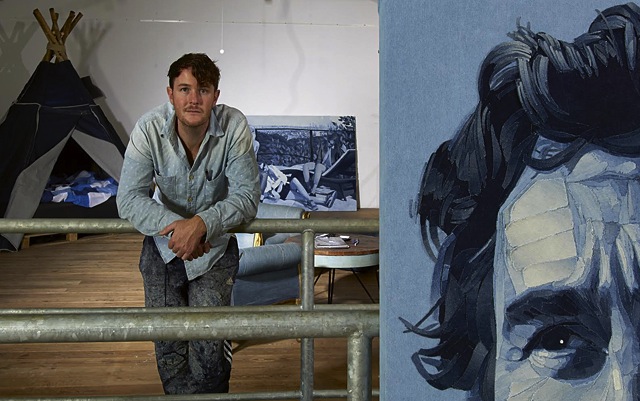