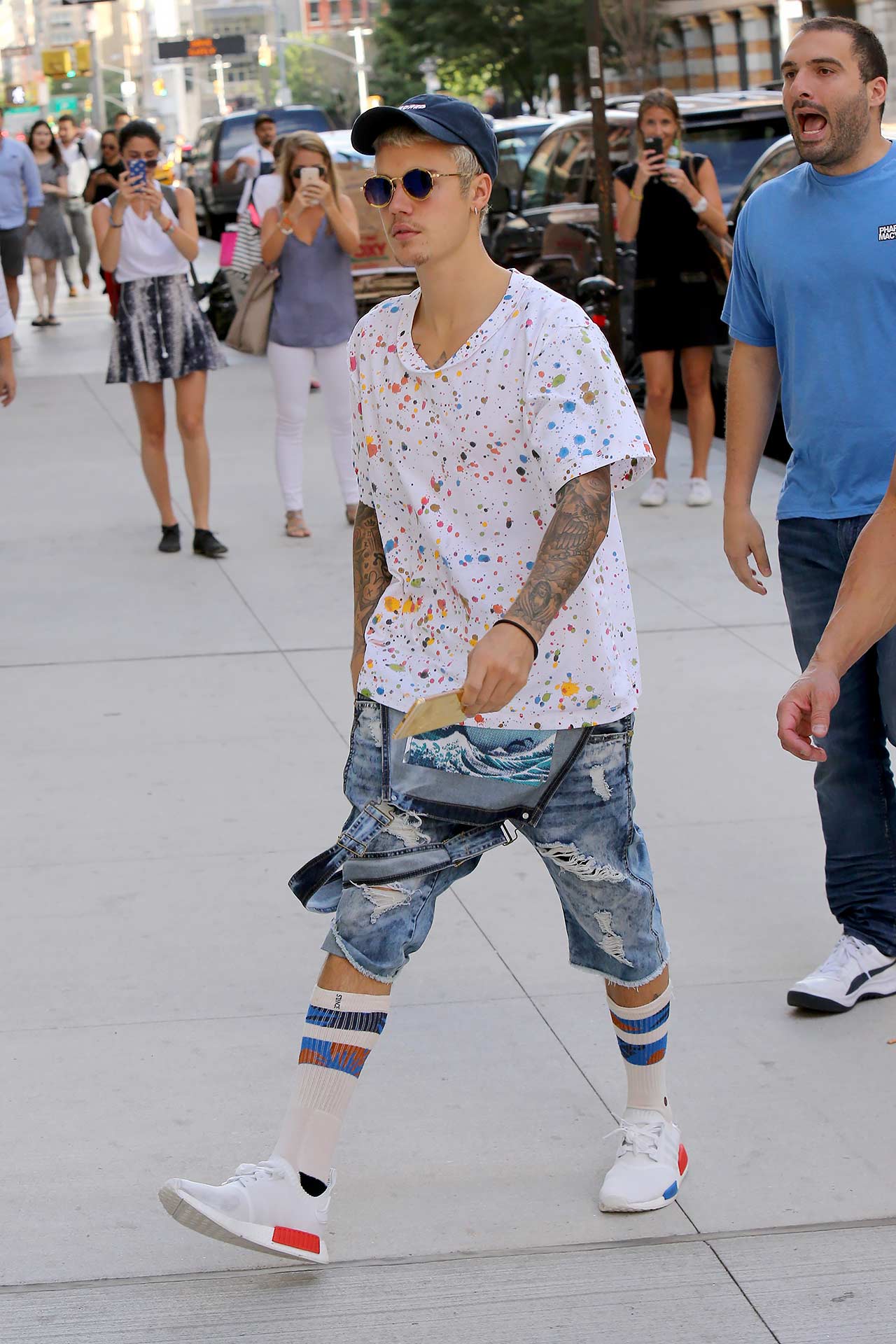 Justin Bieber arrived at NOBU in Tribeca, New York City a little while ago, but he seemed to be in a bad mood. He exited his ride and flipped someone off in front of fans while walking inside. I wonder what caused Justin to do that? I know he permanently has the paparazzi on him and is always in the media, so maybe it’s getting a bit too much now.

Justin is actually becoming somewhat of a style icon now though, experimenting with his fashion choices and fits. For this unique and quirky look here, he chose a pair of these Rawedge Cuffed Overall Denim Shorts in Indigo to pair with his paint splattered white t-shirt, long socks, and sneakers. He finished it off with some round sunglasses and a baseball cap.

Not many men would be brave enough to wear short denim overalls at all, let alone an outfit like this, so I do commend Justin Bieber for being brave, confident and thinking outside the box when it comes to his looks. I wasn’t sure on it at first, but he pulls anything off with his confidence, so it just works.

I actually really love the t-shirt and the Rawedge Denim Overalls though, they are pieces I would wear myself. Have you seen how detailed and gorgeous the denim overalls actually are? They have a printed ocean wave picture on the inside of the bib, now that’s something we never, ever see! I love them! Have any of you guys tried them? Buy these denim overalls online at Pink Dolphin for only $90 and other denim at East Dane.