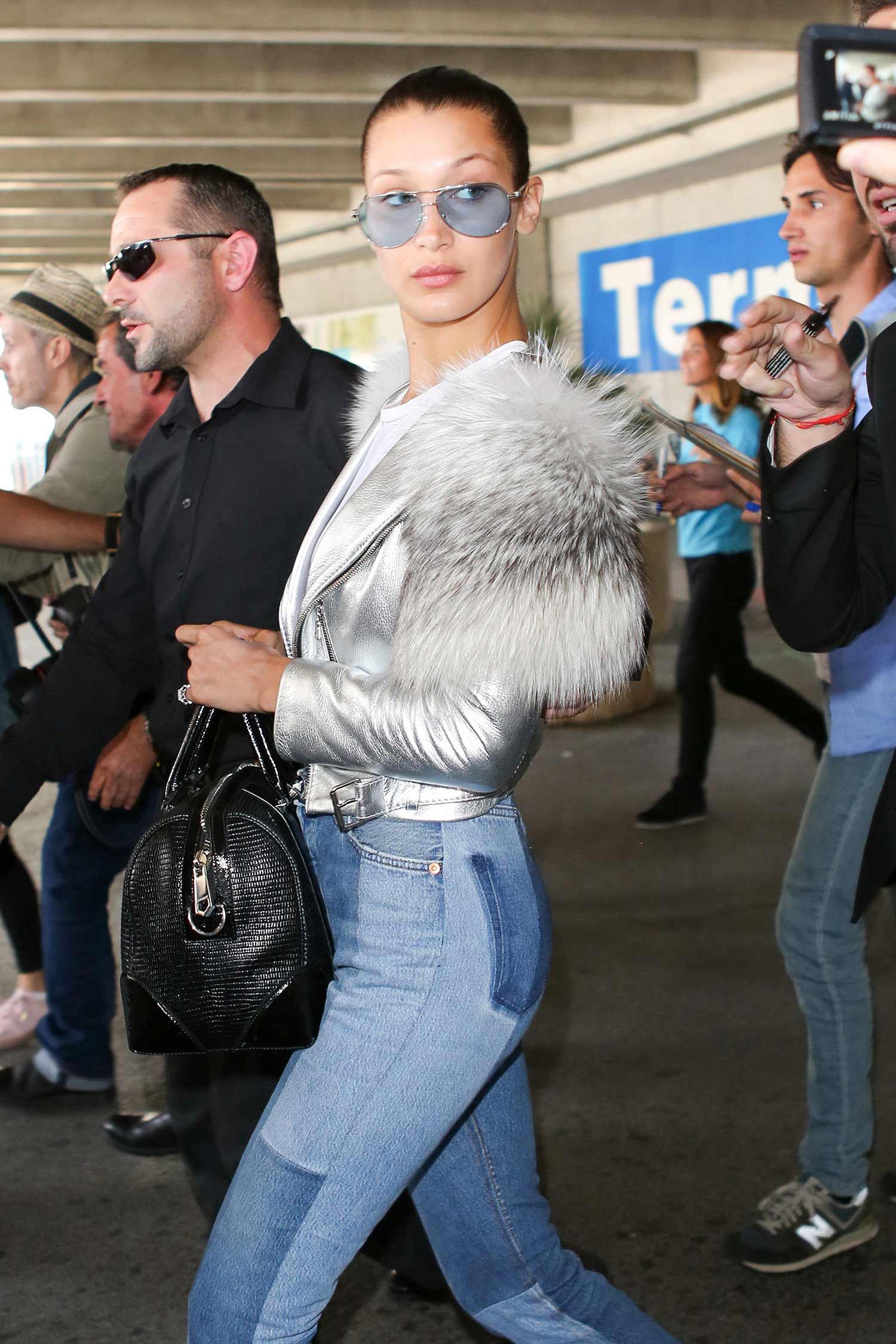 One of our most popular celebs in denim to feature, Bella Hadid, caused a bit of pandemonium as she arrived at Nice Airport in Nice, France. Apparently a photographer fell to the ground as she made her way out of the airport to attend the 70th Cannes Film Festival.

For her travels, Bella wore a pair of the popular RE/DONE Levi’s The Patch Collection Jeans (you can shop a cheaper, similar pair here) with a silver leather jacket with a fluffy trim, finished off with some silver ankle boots. This outfit is very futuristic to me, but at the same time it gives off a 70’s vibe, which is a very odd combination to have in an ensemble like this – it’s unusual.

I don’t think these exact RE/DONE Levi’s Patch Jeans are available anymore, but we did see them on Ashlee Simpson before, and we have seen Bella in them before as well, both back in February. It’s nice to see such a statement pair of jeans being worn more than once for a change. Usually a memorable pair of denim only gets one wear with the celebrities as they can’t be used to create many looks, but these definitely can. I love what RE/DONE Levi’s did with them as they’re flattering and unique. 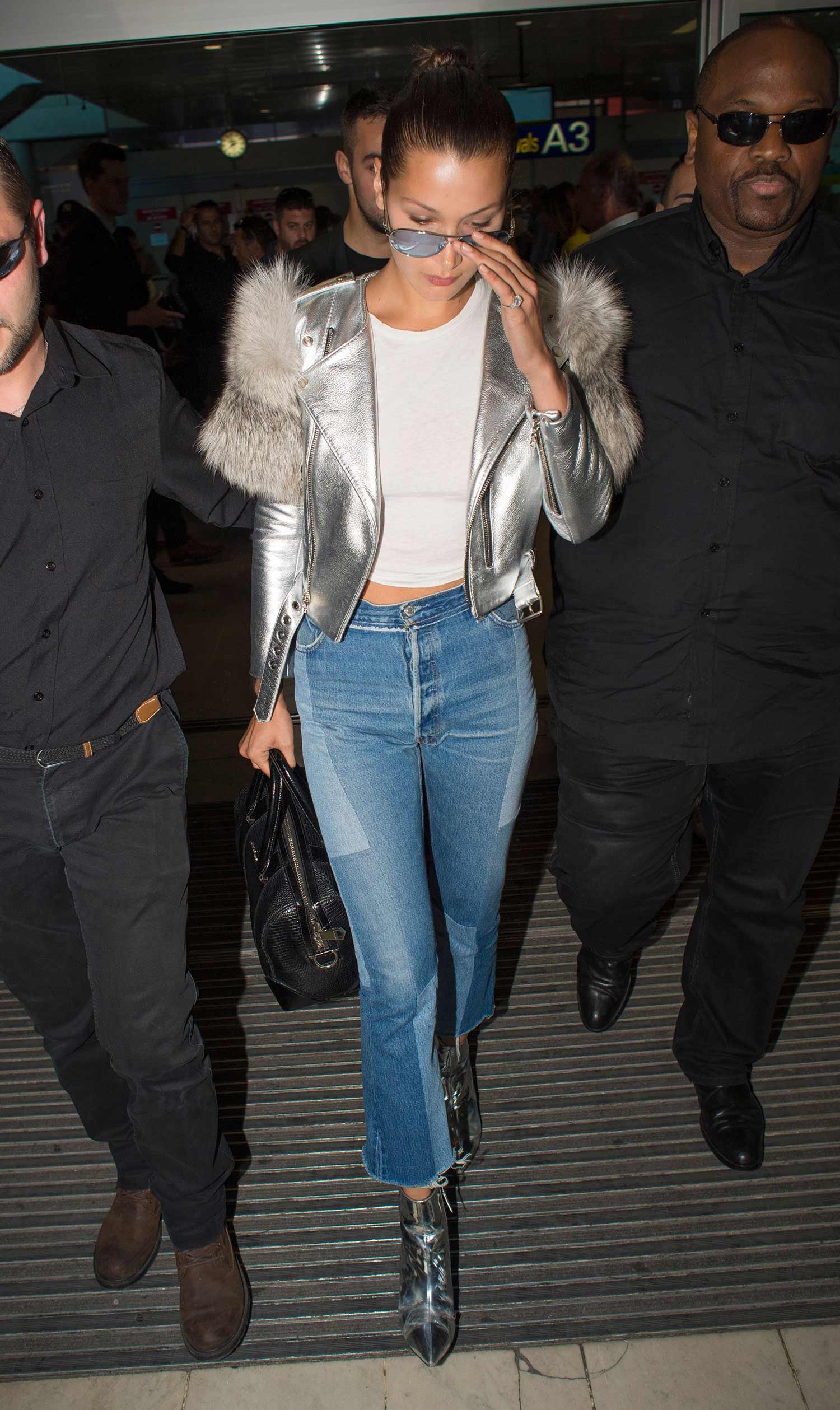