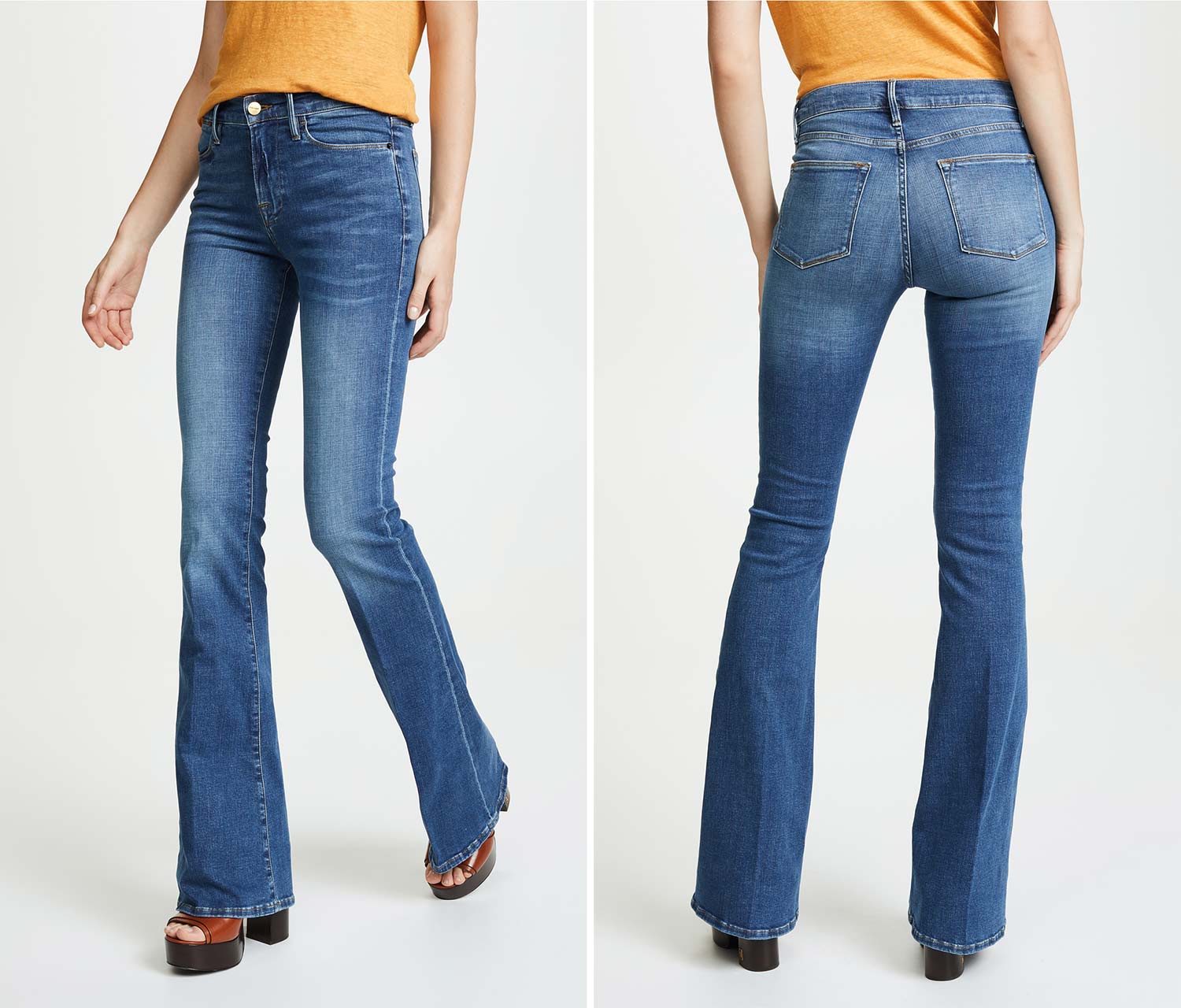 I’m probably showing my age here, but I remember when skinny jeans were not even a thing and nobody wore them. I’m not talking about the 80’s as they were hot then, but from the 90’s onward, skinny jeans were nowhere to be seen and bootcut was the cut that everyone adored.

When J Brand released their first skinny jean (well I say skinny, it actually had a 14″ leg opening which is more like a straight), the craze took a little while to get going, but everyone loved it and jumped on board. Then the 912 came out which was even skinnier, and they were the most popular cut for over a year, but I still class a 12″ leg opening as really large as I personally love 10″ or less, so I have a close fit. As the years have gone on, jeans have gotten skinnier and skinnier, to the point that they are spray on leggings, or according to whoever coined the term, a fit called jeggings.

With this in mind, and the fact that I see skinny jeans out and about 95% of the time over bootcut jeans, are bootcut or flared jeans still your thing? I know a lot of brands have been releasing newer takes on bootcut jeans this year, but we rarely ever see any celebs in them, neither do I see them in the street or on fashion bloggers. On the occasion it’s not skinny jeans being worn, it’s mom/vintage fit jeans, so apart from this rare sighting of Charlotte McKinney in her flared jeans, I feel like they’re a thing of the past.

Do you think bootcut or flared jeans on women will ever be popular again? I feel like skinny jeans are so mainstream now and so comfortable with the high amounts of stretch, that they’re the go to cut. It’s rare I walk into a shop and see numerous bootcut options available, it’s always skinny, and perhaps one bootcut. If you are a fan of the wider leg opening, what is your take on it? There is a great selection of bootcut jeans available at the moment, so you can still buy them online! This particular pair is by FRAME Denim and I think they’re really pretty! Vote in the poll below and tell me your opinion on it!