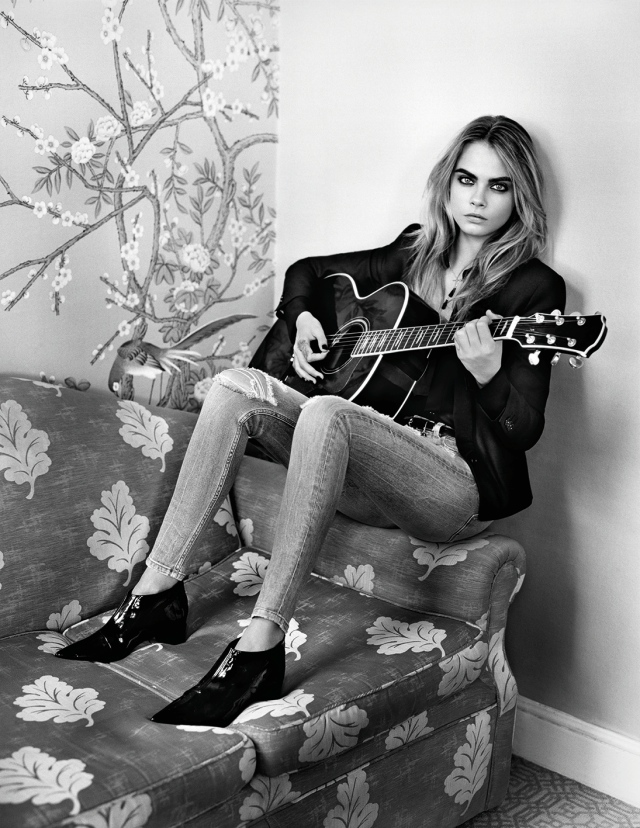 Leading high street brand, TOPSHOP is proud to unveil its captivating new campaign for Autumn/Winter 2014 starring none other than British supermodel, actress and global star Cara Delevingne. The campaign was shot in London by renowned photographer Alasdair McLellan and styled by TOPSHOP Creative Director Kate Phelan. It features Cara wearing their key looks from the Autumn/Winter collections in a series of 12 compelling images that capture her at her beguiling best. Since this is a denim blog though, I have only included the images of her wearing jeans and just one key image of her in the famous parka.

Cara’s first appearance for TOPSHOP was actually in 2010 when she featured in the Kate Moss campaign video. Her immersion into the brand family continued when she walked for TOPSHOP UNIQUE in the SS13, AW13 and SS14 catwalk shows, closing the show and looking amazing I might add. Cara’s famed ‘Harlem Shake’ took place backstage at TOPSHOP UNIQUE AW13 too; the video clip in which she performs the infamous dance move has had over 1.6 million views on YouTube! How cool is that? Cara also became the first model to live-stream content from a runway when she carried a ‘Google-cam’, concealed within a handbag, down the TOPSHOP UNIQUE runway, when the brand partnered with Google during London Fashion Week. So she has had a lot of input throughout the years, I’m not surprised she is now the face of the brand! It’s a perfect fit!

The campaign launch coincides with a phase of widespread international growth for the TOPSHOP and TOPMAN actually. In the U.S, five new owned stores will open including a new flagship on 5th Avenue, which after the iconic 100,000 sq. ft. Oxford Circus store in London, will be the second largest store in the world. I’m definitely looking forward to seeing that one! A store in Amsterdam, two further stores in Hong Kong and new market openings in Egypt, New Zealand and Panama are also taking place, growing their global reach even more. I think the brand is becoming a power house! I certainly love it.

“I believe that these plans demonstrate our commitment both in the UK and globally for the TOPSHOP and TOPMAN brands, with one of our biggest years of expansion to date. At such an ambitious and exciting time for our many thousands of staff and loyal customers, it is fitting to have a fabulous, young British star such as Cara at the epicentre of our campaign. I am hopeful and confident that this will be the beginning of another strong relationship for TOPSHOP.” Stated TOPSHOP Owner Sir Philip Green.

Creative Director Kate Phelan also adds: “Cara is a true TOPSHOP girl. Her style is confident and playful and she can be sophisticated and chic as easily as she can be cool and casual. Putting her spin on everything she makes the TOPSHOP collection her own. Her uninhibited natural energy is intoxicating, she is free spirited and fun.”

TOPSHOP and Cara fans will be delighted by a behind-the-scenes film showing Cara being her quirky and unconventional self on-set. Producer Leigh Johnson captures Cara’s energy and wit as she entertains herself and the TOPSHOP crew, displaying talents for doing ‘the worm’, playing the guitar and for finding magic in the most inanimate of objects. A long running mystery is solved as we reveal where Cara first met her now notorious pet rabbit Cecil. It’s so much fun and so cute! You can watch it by clicking here.

Getting back to the collection though, The Autumn/Winter collection speaks to the diverse and experimental style of a TOPSHOP girl as hero pieces with go-anywhere appeal take centre stage. Starring alongside TOPSHOP icons, the biker jacket, the Jamie jean, the Martha parka, Cara effortlessly personifies London style. Evening wear is re-worked as modern fabrications and astute tailoring play with the concepts of smart/casual dressing and urban sophistication; the statement sequin and feather cocktail dress worn by Cara epitomises this look. The AW14 collection hits the stores globally and online from this month of August 2014 and for those of you interested in the parka, it retails at £98 and will be in stores from mid-August. I absolutely adore these campaign images and I think Cara Delevingne is the perfect model to be the face of Topshop! What do you think? You can shop the pieces online here when they become available. 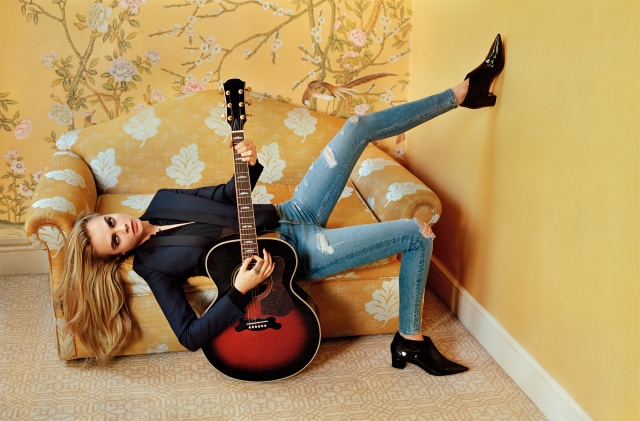 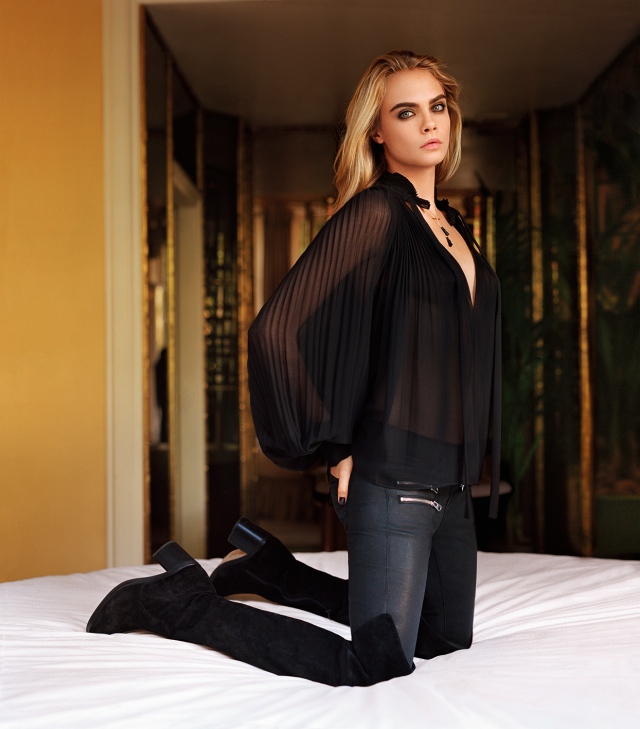 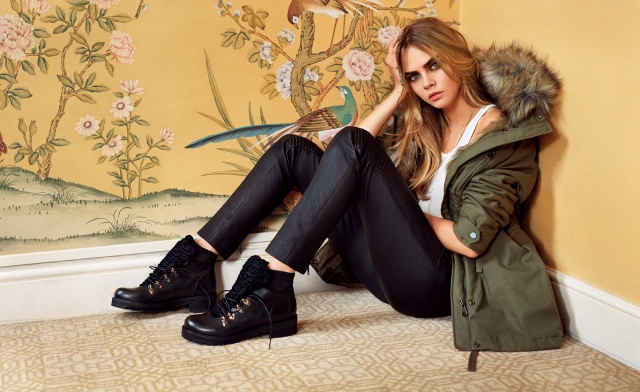 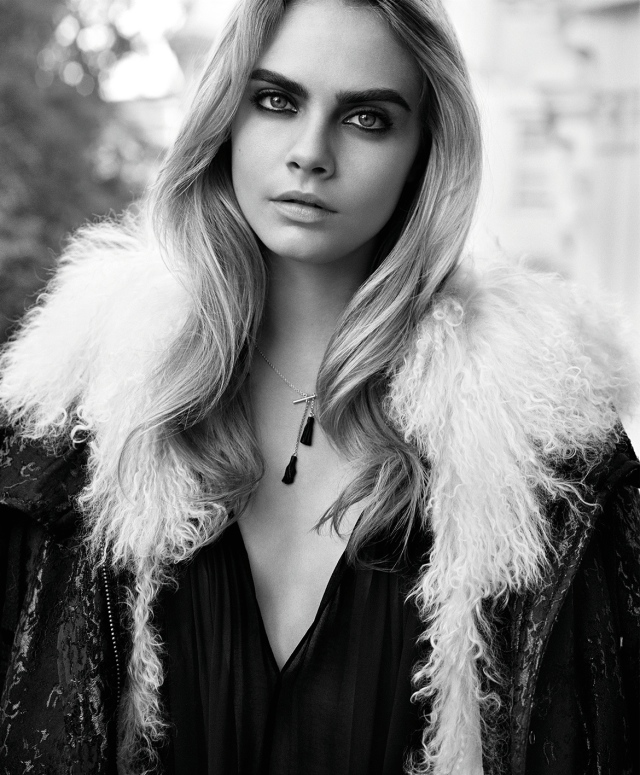 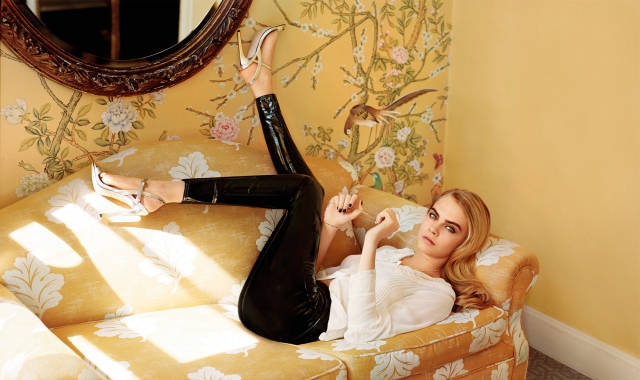