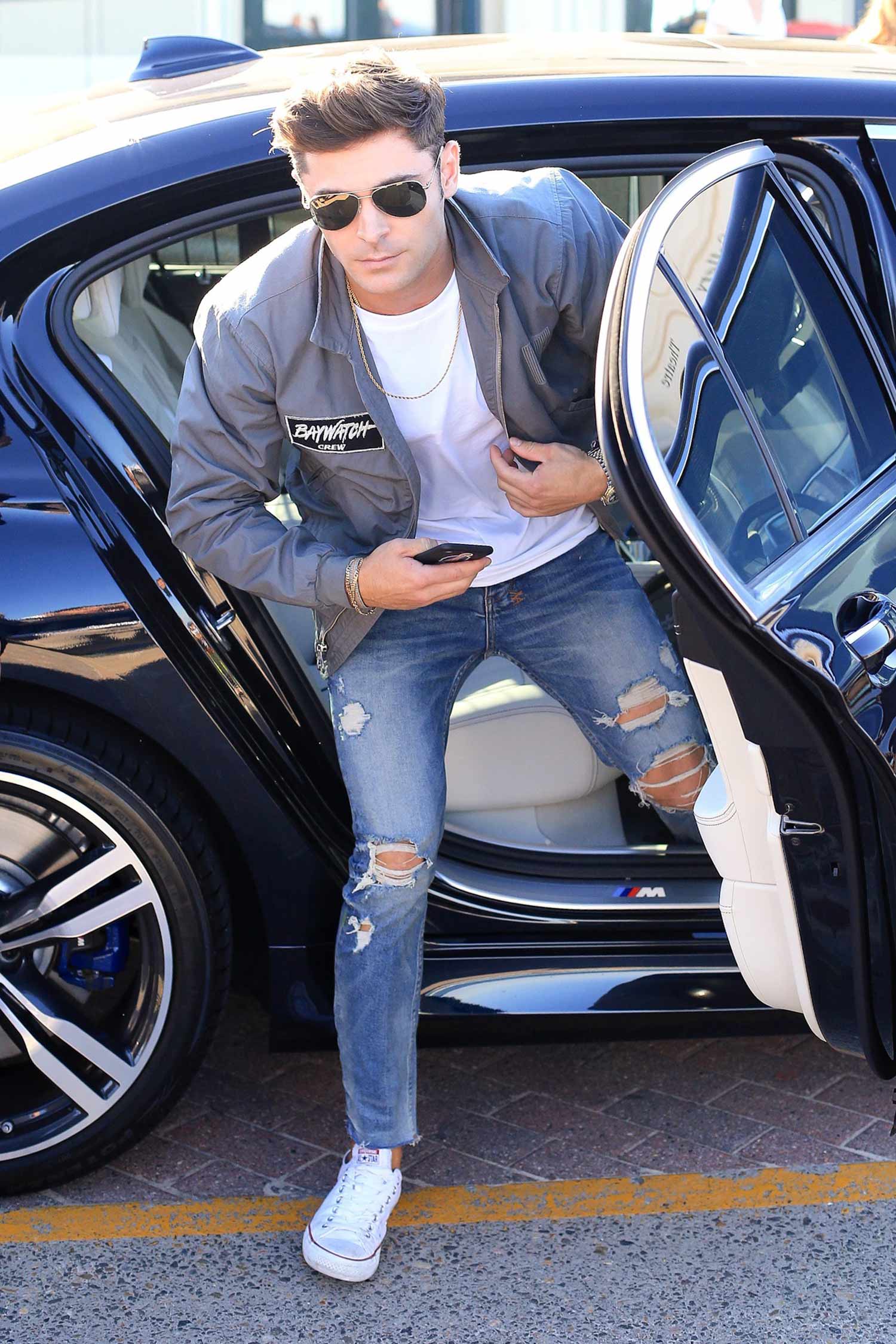 Zac Efron got out of his ride and hit the beach for the ‘Baywatch’ Photocall on Bondi Beach in Sydney, Australia. He was joined by his co star, Alexandra Daddario and the duo had some fun on the sand while posing for photos to promote their ‘Baywatch movie’.

Zac changed up his denim this time and opted for a pair of Ksubi Van Winkle Distressed Jeans with a Raw Hem to pair with his Converse low tops, a white t-shirt and his Baywatch shirt. We don’t often see Ksubi on the guys anymore, so this makes such a refreshing change! I love it that they have a raw hem too so Zac’s representing the raw hem trend for men.

Have any of you guys thought about rocking an undone hem? Or are you still finding it too feminine? Ksubi have nailed the masculine side of it in my opinion though with their styles. The slouchier fit on the skinny jeans that Zac has here with the dropped crotch and all the distressing is perfect. I did wonder though if it was Ksubi that made these have a raw hem or if it was Zac/his stylist that customized them. I know he’s shorter at 5ft 8 and Ksubi’s jeans are often really long so they could have been chopped, but I also know they do raw hems as well, so this one is waiting to be answered! 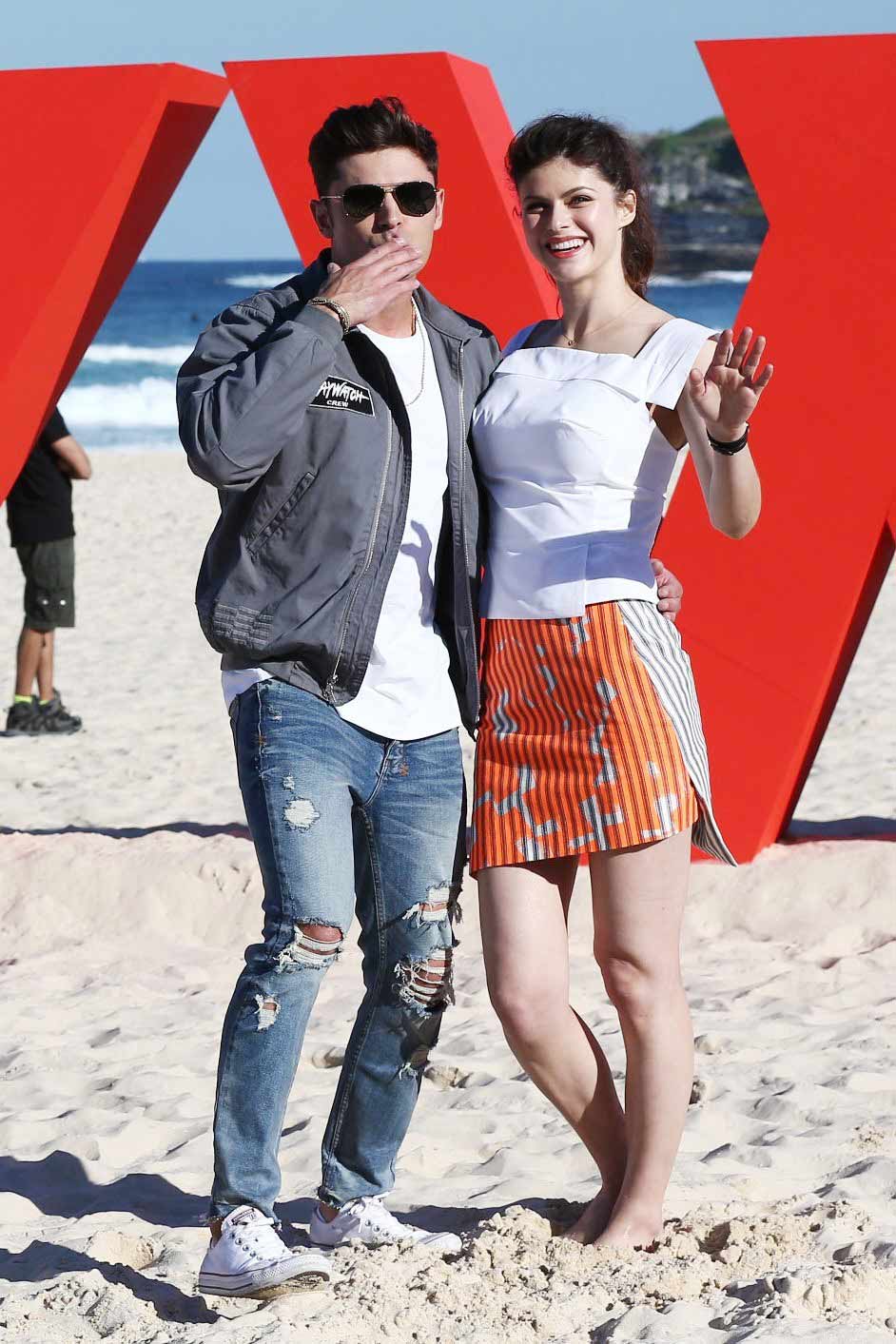