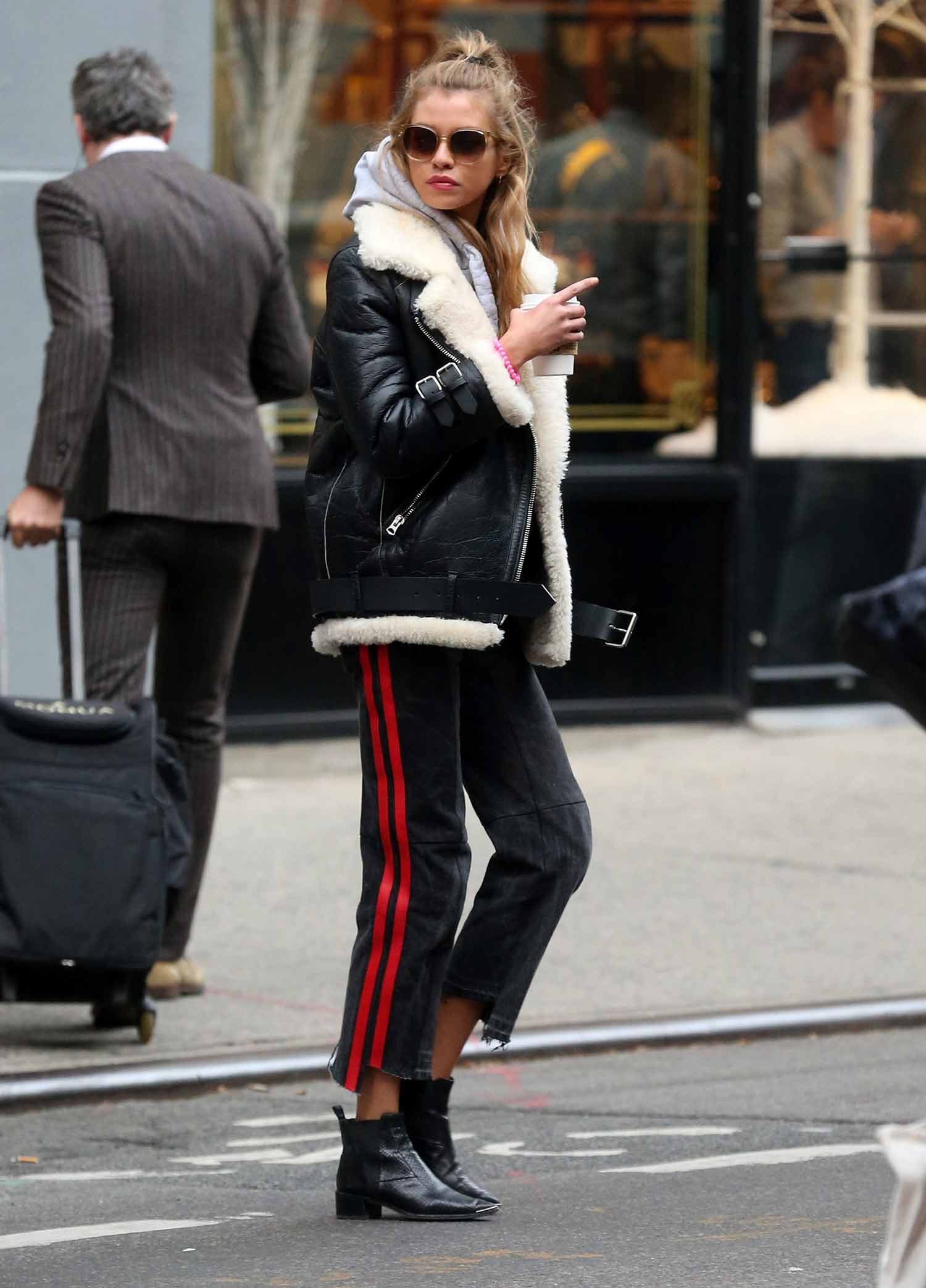 Model Stella Maxwell was seen out and about in New York City after picking up some coffee and heading off to run some errands. Stella is an Irish fashion model, born in Belgium, but with a New Zealand nationality. She’s also been a Victoria’s Secret angel, which definitely proves her worth as a model.

For her day out, Stella wore a pair of Vetements Straight Leg Jeans with Leather in a washed black with red pinstripes down the outerseams. Now these jeans are extremely expensive with a price tag over £1200, so I did find a very similar pair from MOTHER. They are the Insider Crop Step Fray in Speed Racer. They are almost identical except they’re dark blue, not black. Even the frayed, uneven hem is the same though, so if you like Stella’s jeans here, the MOTHER Jeans might be a good alternative!

Stella chose to pair her Vetements jeans with some black ankle boots and an oversized black shearling aviator jacket, finished off with some sunglasses. It’s definitely an edgy look and it reminds me of London actually as we tend to see outfits similar to this over here all the time. It has that London underground vibe to it. Vetements is an extremely popular brand with street style stars, especially during Fashion Week, so I’m not surprised to see a model like Stella Maxwell wearing one of their cooler pairs.