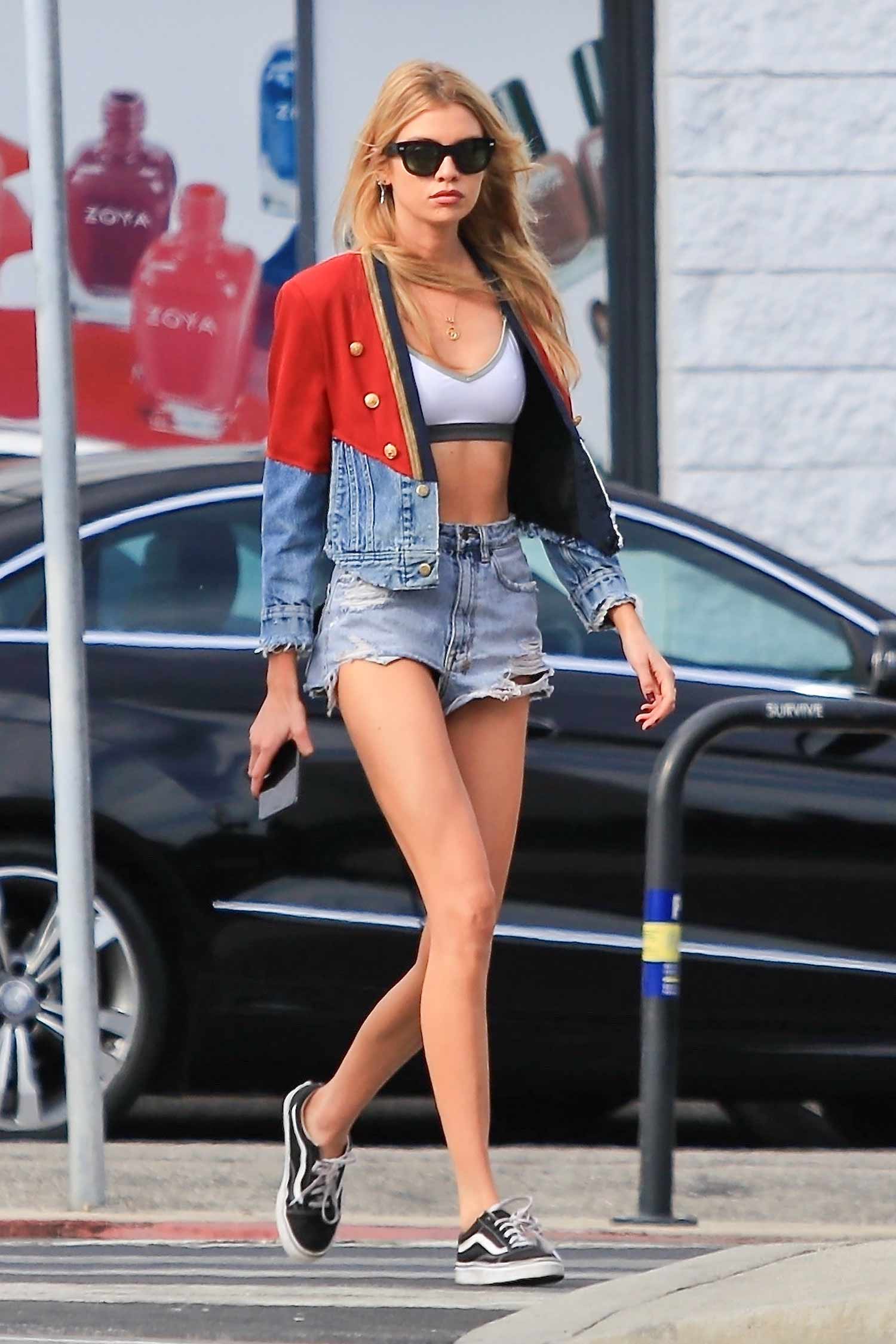 Supermodel, Stella Maxwell, visited a nail salon with some friends after having lunch at celebrity hot spot, Cafe Gratitude, in West Hollywood, California. It always seems to be LA that we spot the celebs, sometimes New York, but it’s rarely anywhere else.

For her casual day time outfit, Stella opted to style a pair of Ksubi Cut Off Denim Shorts with a Denim Military Blazer and some Vans. I haven’t seen a jacket like this before! I’ve seen hybrid denim jackets with sherpa and all sorts of things, but never a mixture of military blazer with denim. It’s actually really cool and quirky, in a way that reminds me of something Michael Jackson would have worn back in the day. Have you ever seen anything like it?

Stella is known for having a very laid back and easy going style, much like her girlfriend Kristen Stewart, so it’s not surprising to me that they’ve been together for so long when they have a lot in common. It would be great to see both girls out together in the same outfit though, how cool would that be? Especially if it’s double denim! Are you a fan of Ksubi? We’re seeing a lot of the brand lately. 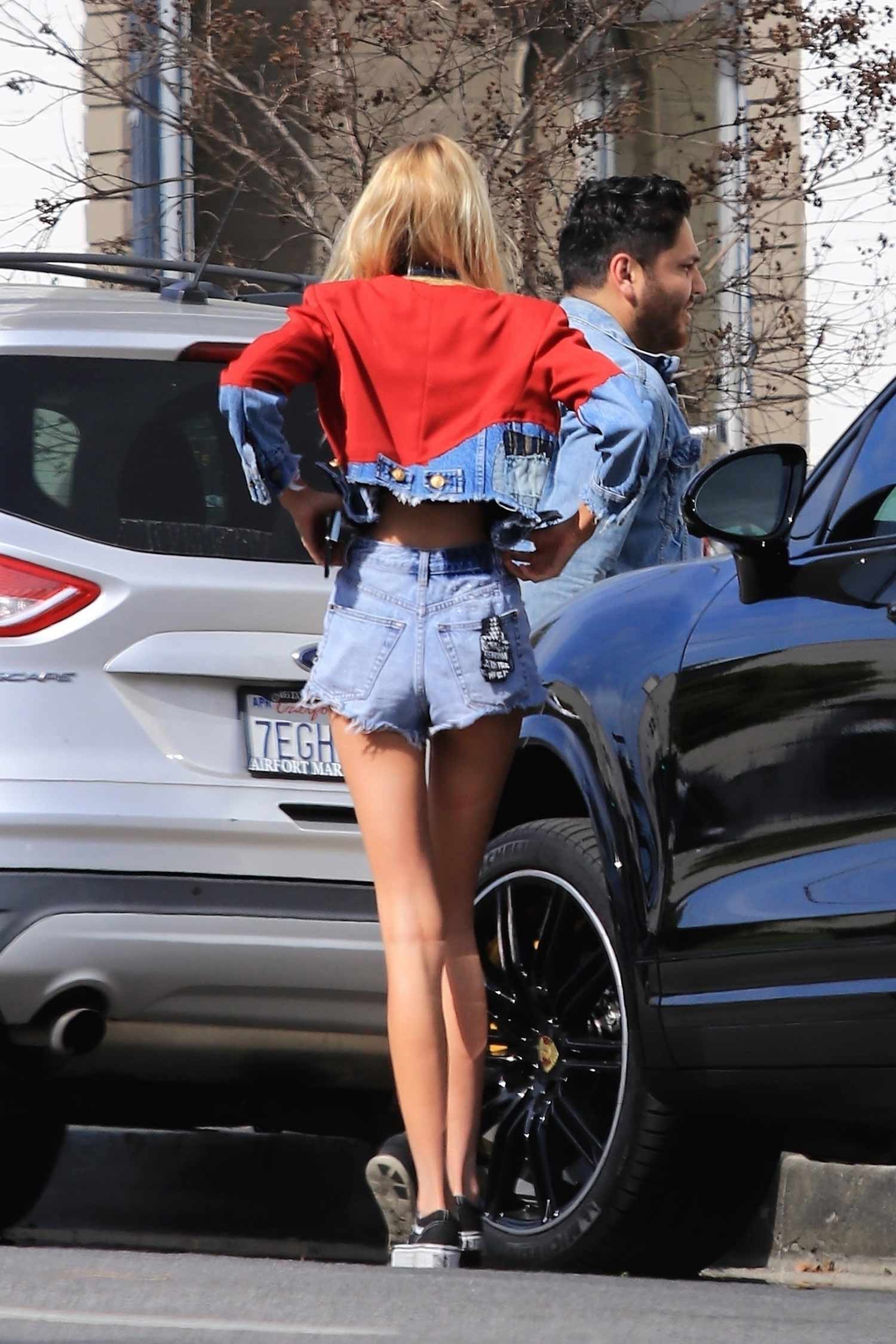