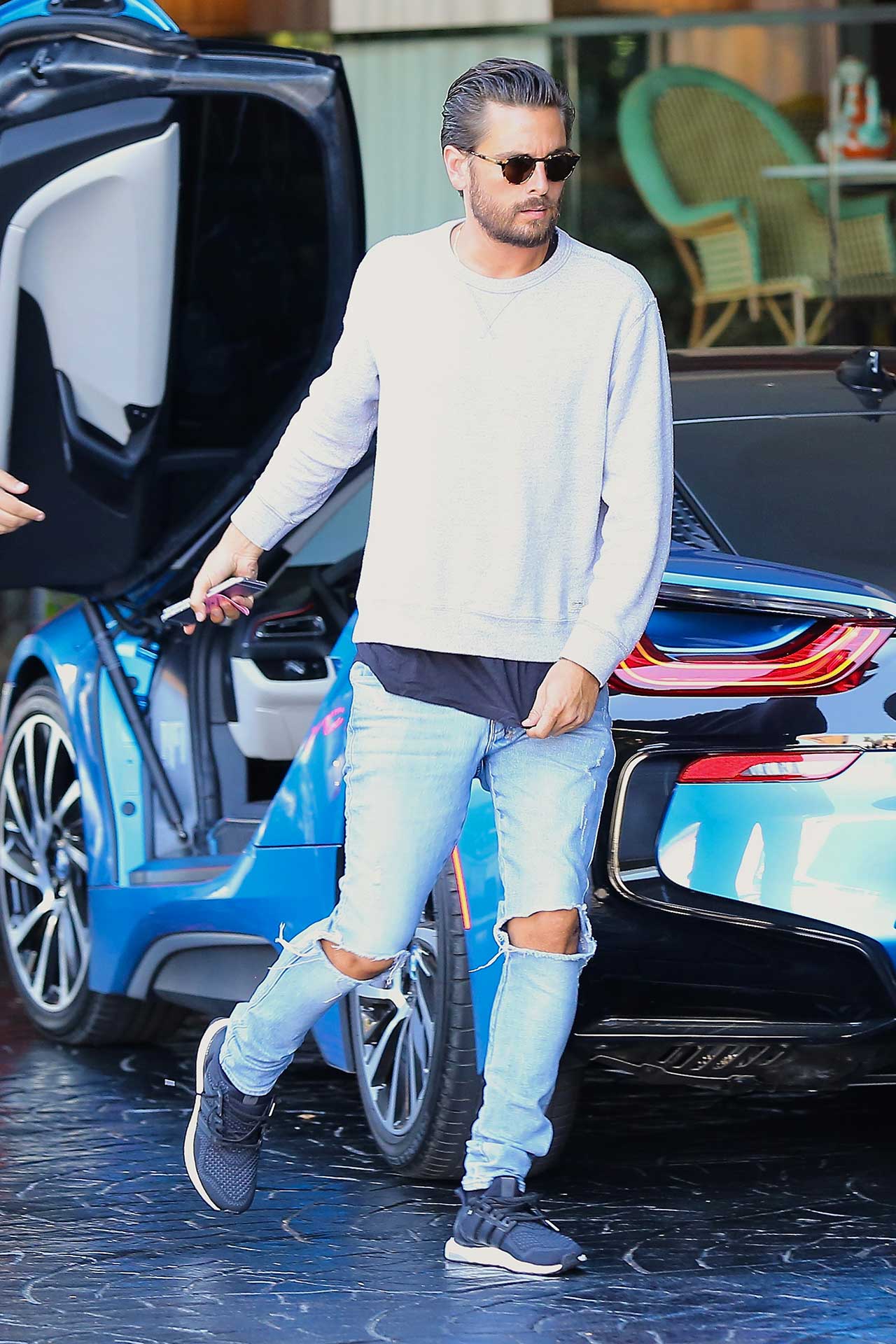 Fashion icon and Reality TV star, Scott Disick, hopped out of his BMW i8 while arriving at the SLS Hotel in Beverly Hills, California a little while ago. The Keeping Up With The Kardashian’s star was meeting up Kris Jenner for lunch at The Bazaar. I wonder if this was for scenes or just a general lunch with the mother in law?

Scott has always been a guy that knows how to dress. I don’t think I’ve ever seen him look bad once, so it’s no surprise to me that I love this casual outfit on him too. He wore his pair of the Ksubi Van Winkle Skinny Jeans in Non Cents with a pair of sneakers and a grey sweatshirt. We have seen Scott rocking these Ksubi jeans quite a few times before, he seems to love to switch between them and his FEAR OF GOD men’s skinny jeans as well. I think when it comes to the fit of these jeans, he’s really got it right. They have the perfect amount of slouch to blend with the distressing and rips, but the right amount of skinny to look styled.

Have you ever been a fan of Scott Disick’s style? The layering trend that women have grown to love has moved over to men now too and I’m loving seeing the slouchy sweaters over t-shirts look. I think Scott’s fashion sense actually reminds me of Kanye West in jeans, purely because they like to go for the same pieces, but Scott’s are always more fitted and slim, which I do definitely prefer. Then again, it makes sense since they are family, as you’re often inspired by those around you. What do you think of Scott Disick in Ksubi Van Winkle Jeans? Buy Ksubi Jeans online at East Dane. 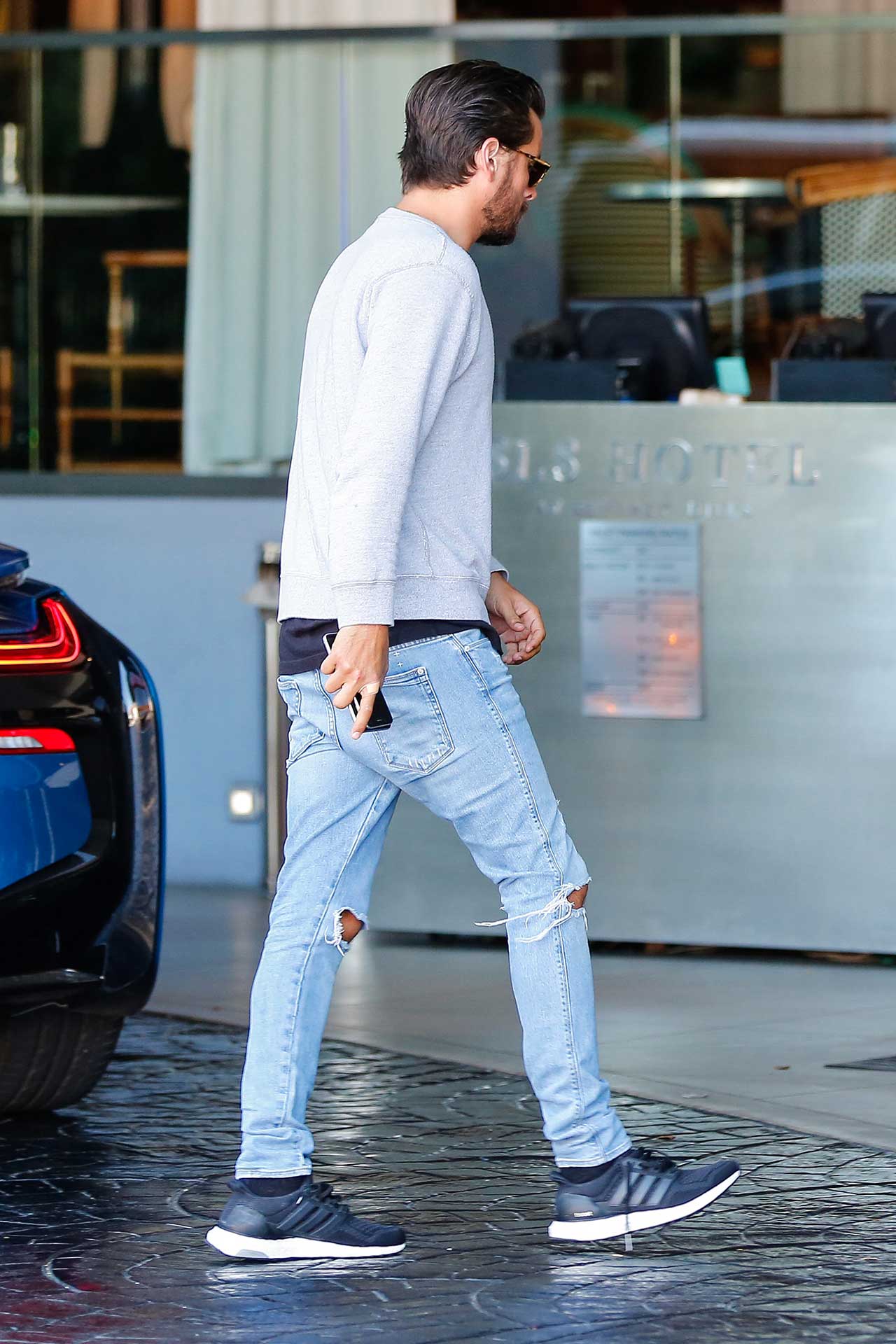