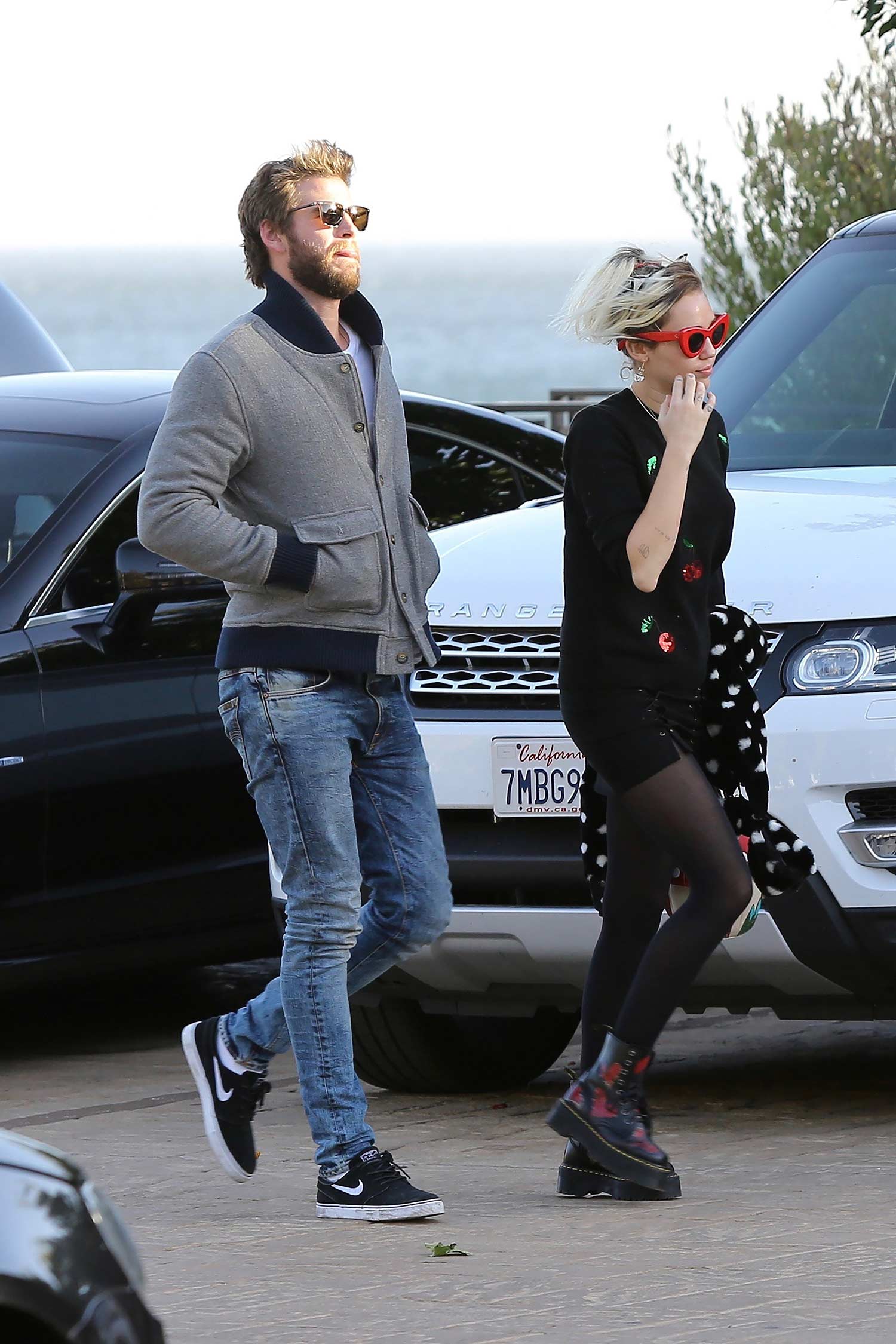 Actor Liam Hemsworth enjoyed a date night at Nobu in Malibu, California with fiance, Miley Cyrus. The couple have been together for quite a while now after their initial breakup, so I hope they’re doing well. They seem to be spending a lot of time with each others families from what I’ve seen, so that’s always good.

Liam wore a pair of Nudie Jeans Co. Skinny Jeans which he paired with a grey jacket and some Nike low tops for the day. I almost didn’t recognise him with his beard and longer hair now, he’s changed a lot. It’s so nice to see a male celebrity out in Nudie Jeans though, isn’t it? I see them regularly on men when I’m out and about in town as Nudie is almost as popular as Diesel here in the UK. I like this wash on Liam’s pair as it’s very reminiscent of an acid wash, but with a current element to it. Do you guys like it?