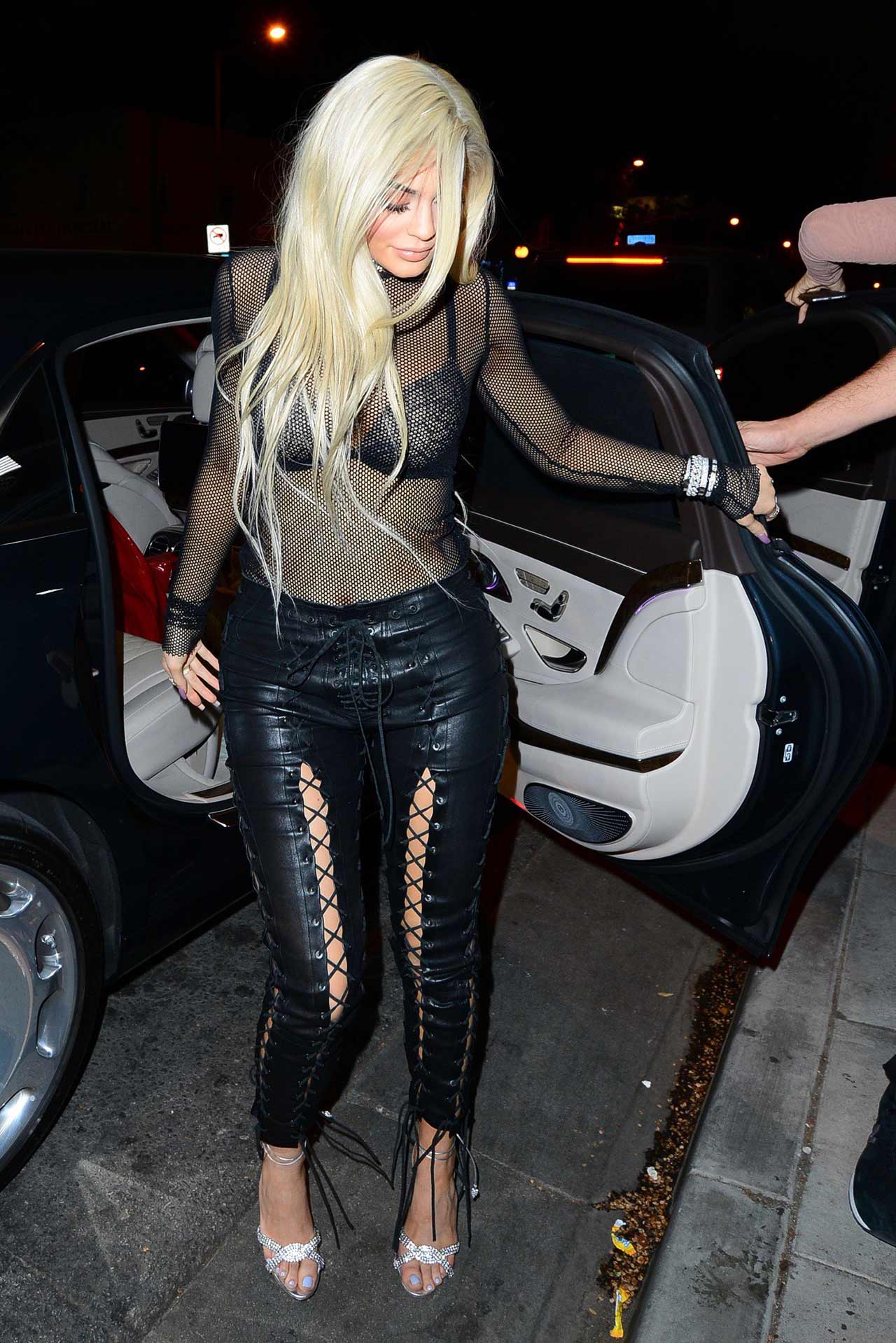 Kylie Jenner arrived at sister Kendall Jenner’s 21st birthday party at Delilah in West Hollywood, California a few days ago. The recently turned platinum blonde reality TV star was snapped getting out of the car before heading into the venue to celebrate with friends.

I think Kylie has been taking a leaf out of sister Kim’s book when it comes to dressing as she opted to have visible lingerie as well, in the form of a DKNY bra showing through her MM6 Maison Margiela fishnet shirt. I think it pairs really nicely with the UNRAVEL Lace Up Leather Pants though as it gives it some edge, but the Aquazzura crystal heels just make it glam with a hint of femininity. Would you ever be brave enough to rock something like this?

Getting to Kylie’s leather pants though, we have seen UNRAVEL out on quite a few celebrities now, including Gigi Hadid and Miranda Kerr, so I’m wondering who might be next? I’m going to guess it might be another one of the Kardashian/Jenner clan as they often wear each others clothes. I do adore the lace up detailing on UNRAVEL leather pants though, they are really expertly crafted and make such a statement. Have you tried them yet? And do you think Kylie Jenner styled them well? 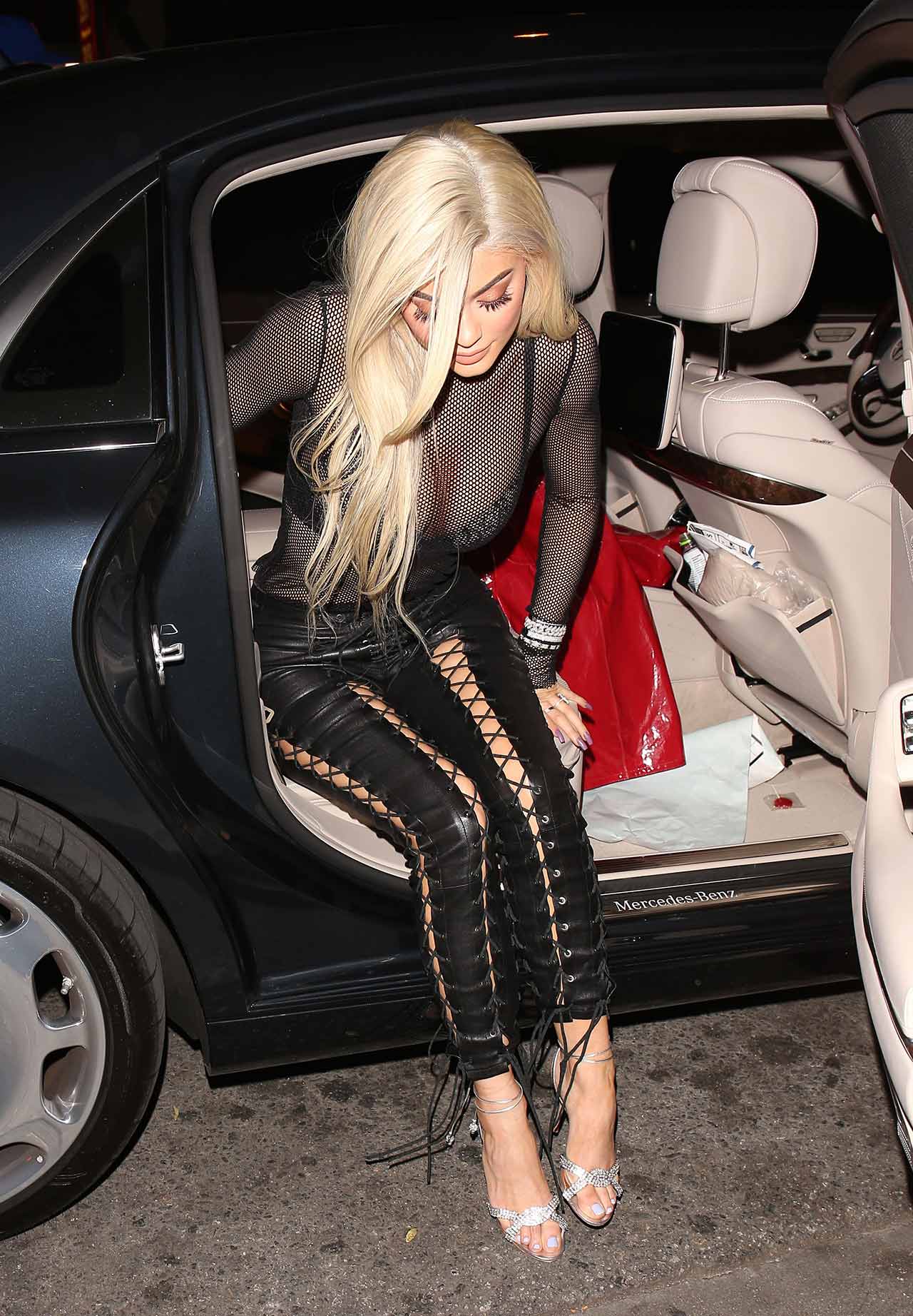