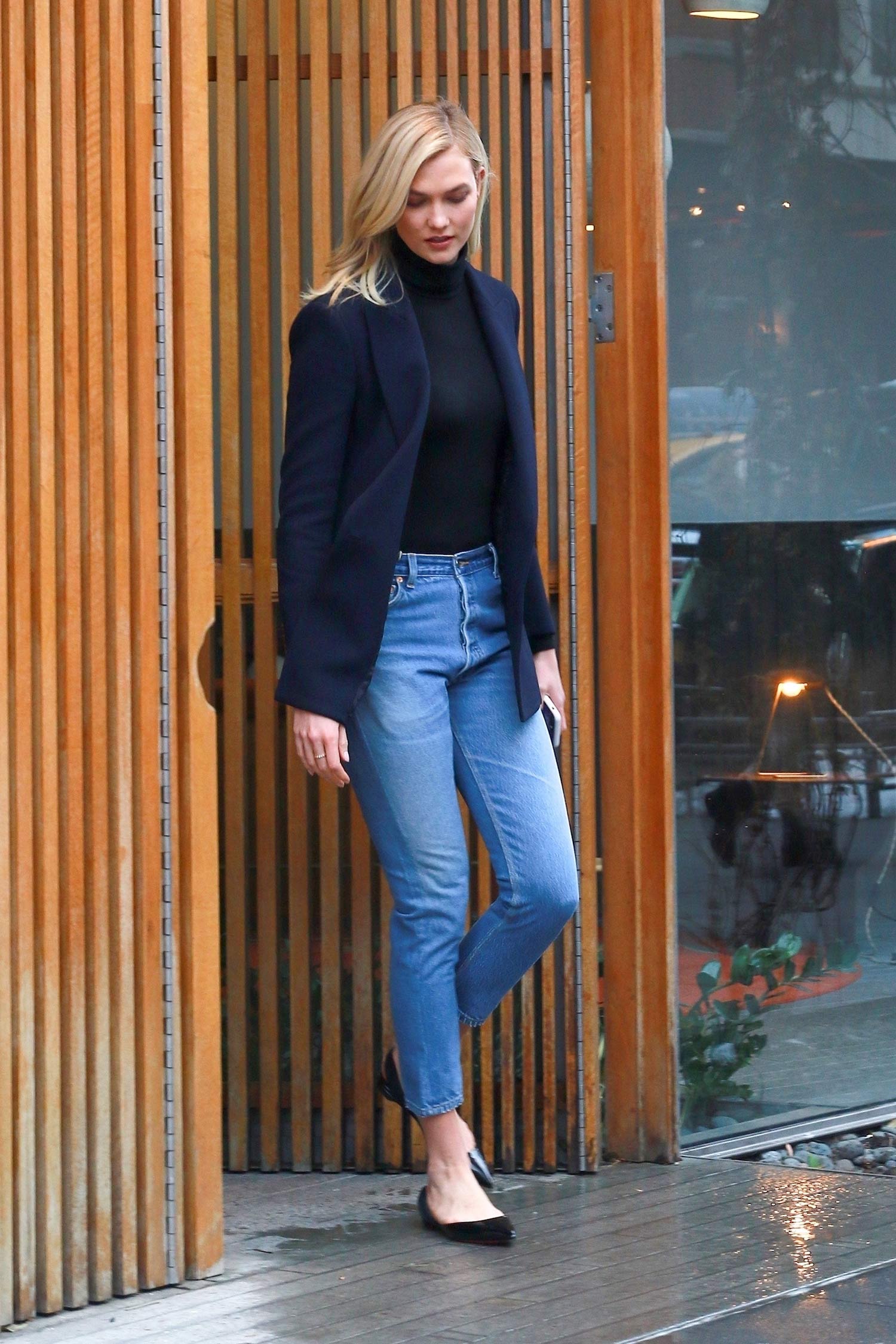 Supermodel, Karlie Kloss, looked classy as she left her home in Soho, New York City, to attend Carolina Herrera’s event in New York a while ago. For those of you who don’t know, Karlie is one of the taller models, coming in at 6ft 2″ and even though she’s in flats, she’s never usually afraid to wear heels either, which I love about her.

Karlie opted to style a pair of Vintage Jeans with a black turtle neck sweater, a navy structured blazer, and some black flats. We don’t often see vintage style denim dressed up in this way, so I like that she’s gone for something different here. Most often we would see indigo blue or black jeans being paired with a turtle neck and blazer combo like this, but I like how it makes it suitable for the daytime as much as it does for an event. What do you think of her outfit? 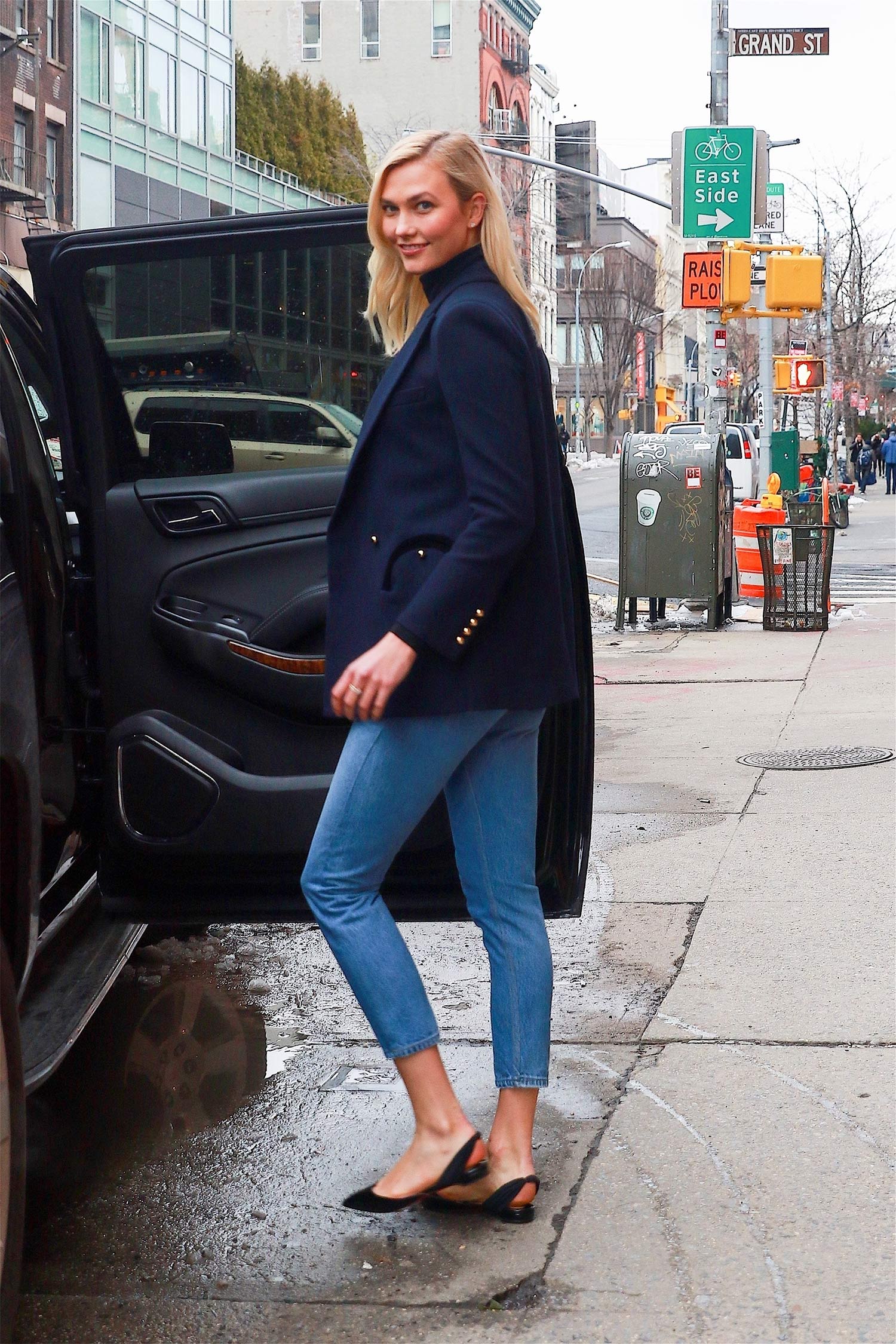