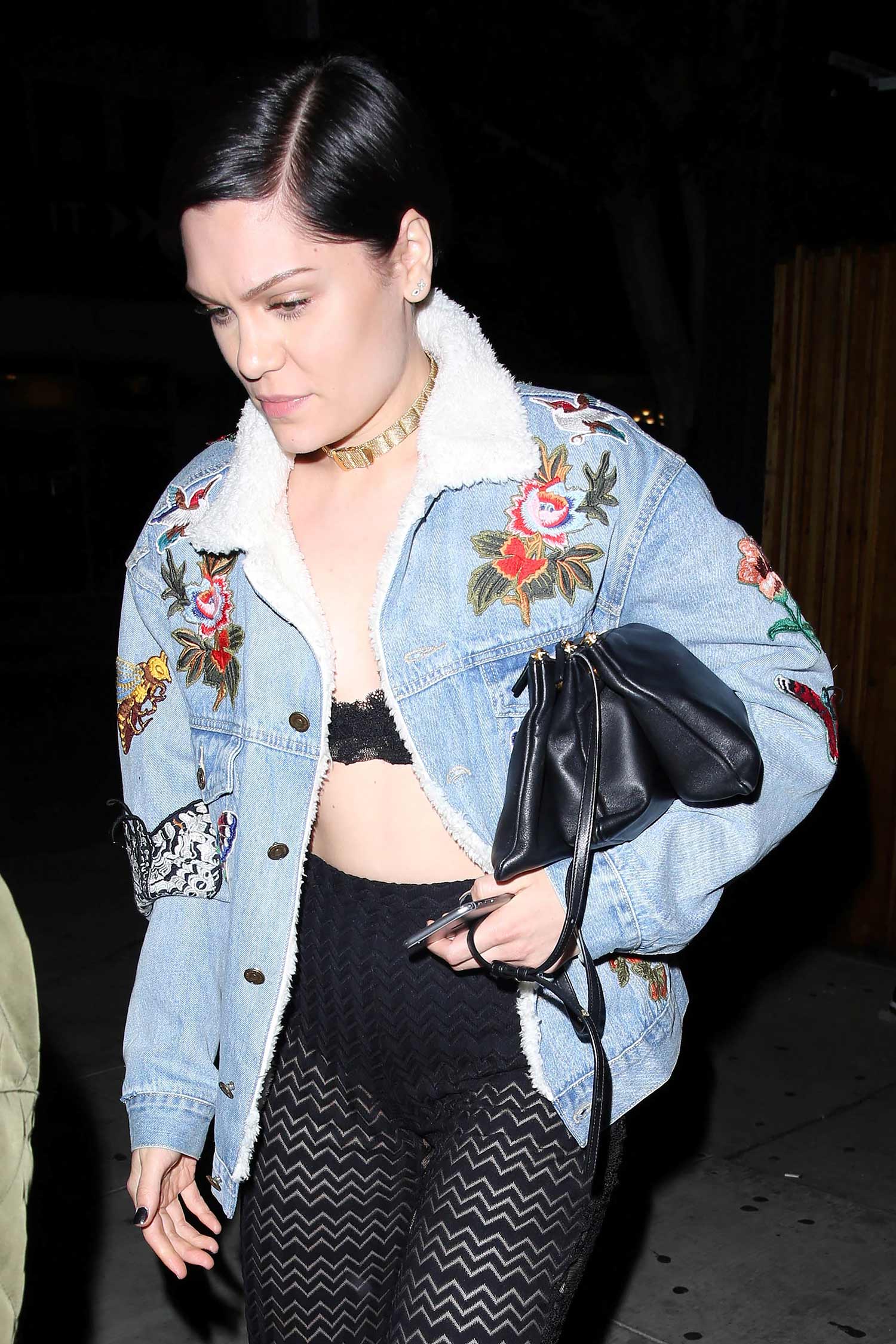 Singer, Jessica Ellen Cornish, better known as Jessie J, was seen leaving Catch LA nightclub in West Hollywood, California a little while ago and getting into a waiting car. Now this is a risque outfit, isn’t it? Jessie J chose to wear a black lace bra with some lace tights, but she layered over an Embroidered Gucci Denim Jacket for warmth.

Buy This Jacket in Men’s Here & Denim Jackets at Shopbop.com 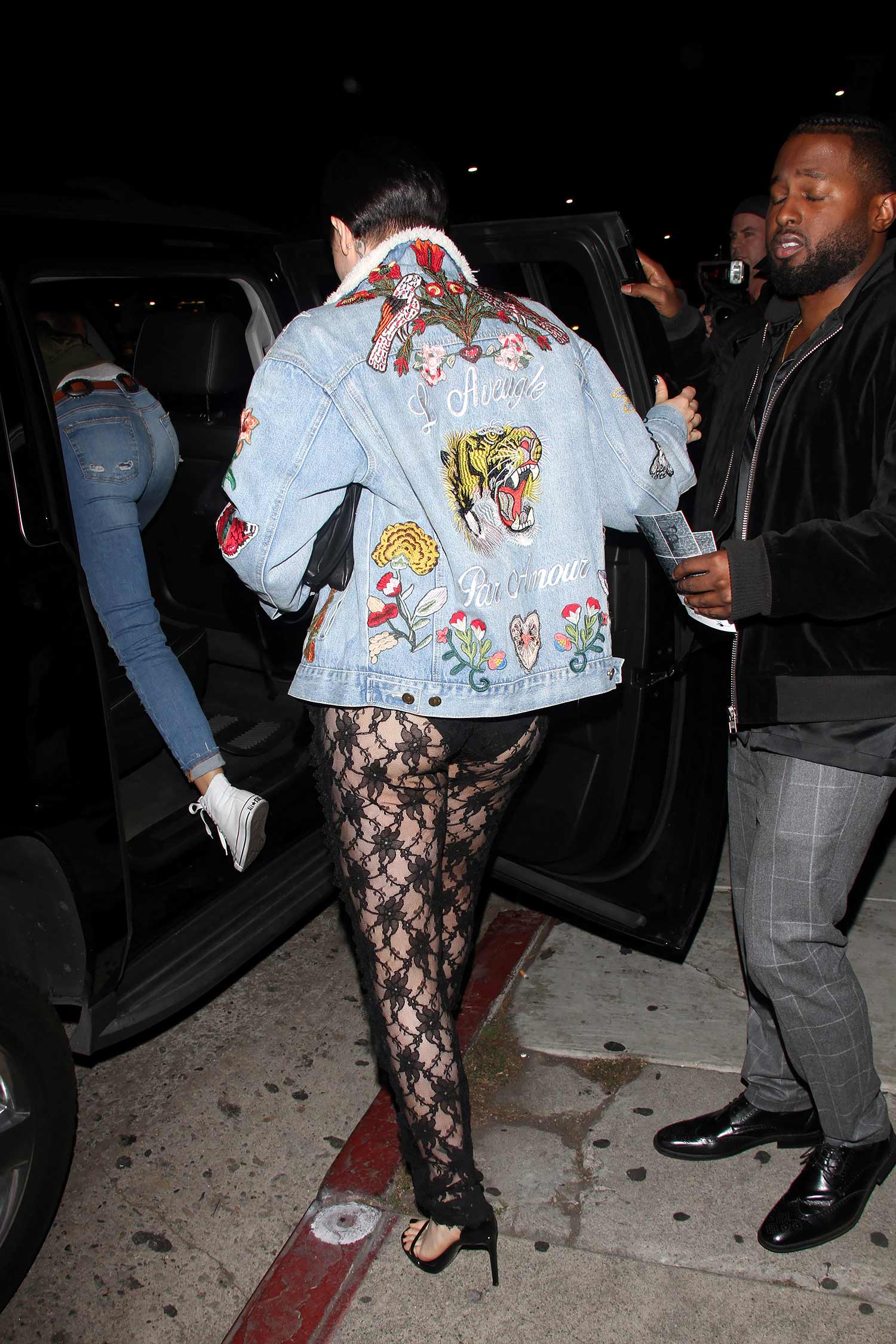