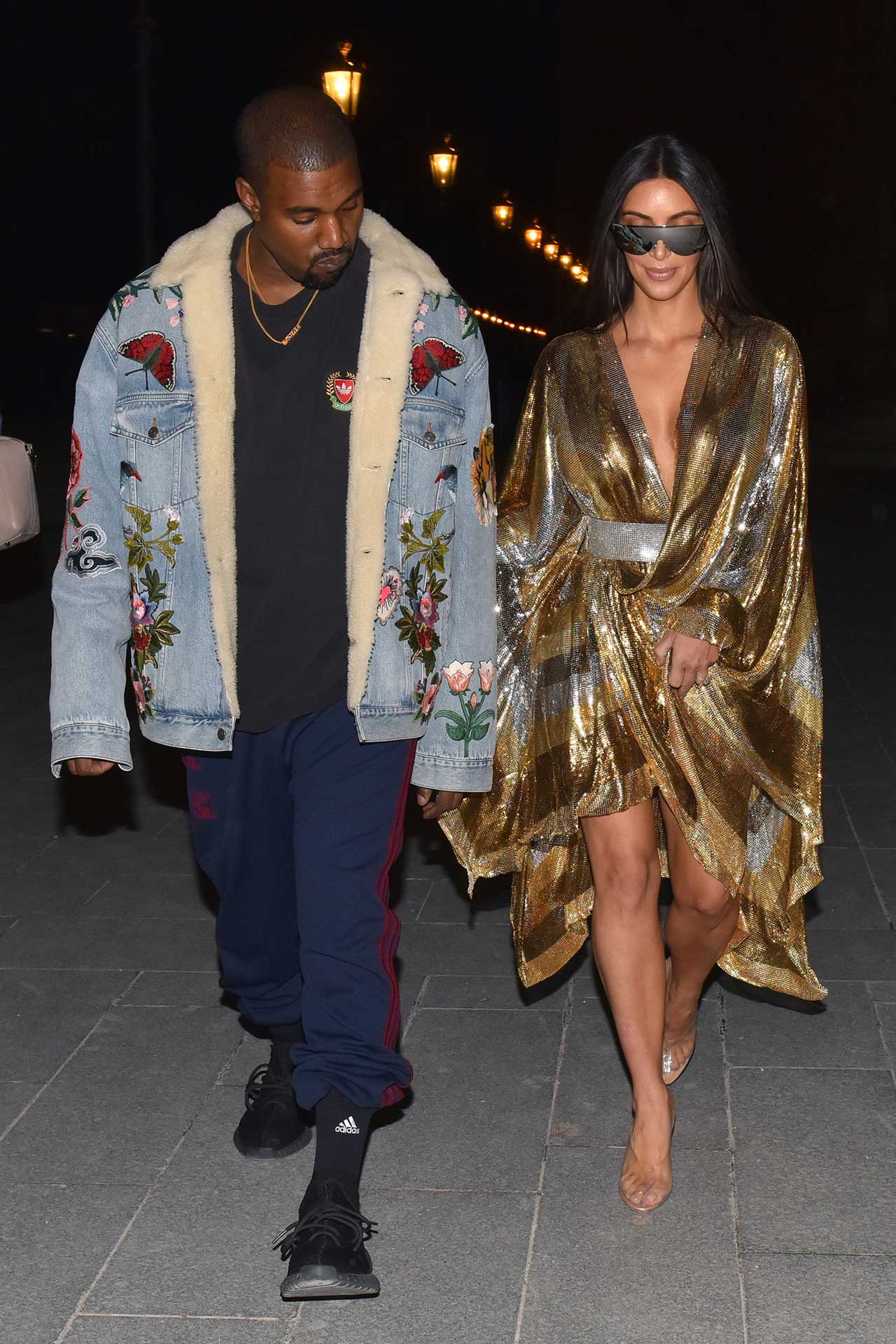 Kanye West and his wife, Kim Kardashian, were pictured attending the Balmain after party at Loulou’s restaurant in Paris, France. Kim herself wore a Balmain mesh dress straight from the runway to make a statement at the party, isn’t it incredible? We’re not here to talk about Kim’s outfit though are we!

Kanye wore the Gucci Embroidered Denim Shearling Jacket from the Gucci Fall 2016 Runway Show, with some Adidas sweat pants, socks, and his Yeezy sneakers. I’m not sure if this exact jacket made it to production since I’ve only seen the other embroidered version available for sale, but knowing Kanye it’s probably the runway piece or it’s custom.

Kanye is known for having a really unique, inventive, and courageous dress sense and I think he’s proven that more times than we can count. This look here though is something else. Who would have though about wearing sweat pants and sneakers to a Balmain after party, paired with a Gucci Embroidered Denim Jacket? Especially since the party isn’t Gucci’s. Definitely a brave move!

Getting to this jacket though, we have seen both Rihanna and Cara Delevingne in the female versions of this Gucci Embroidered Denim Jacket, so it makes a nice change to see it on a man for once. I never thought we would get any sightings of it on a celebrity as it’s quite flamboyant, but as the men’s trends always follow on from women’s, I can see it becoming a lot more popular than we might think. What do you think of Kanye West in his denim jacket? Do you think it’s something you would wear?