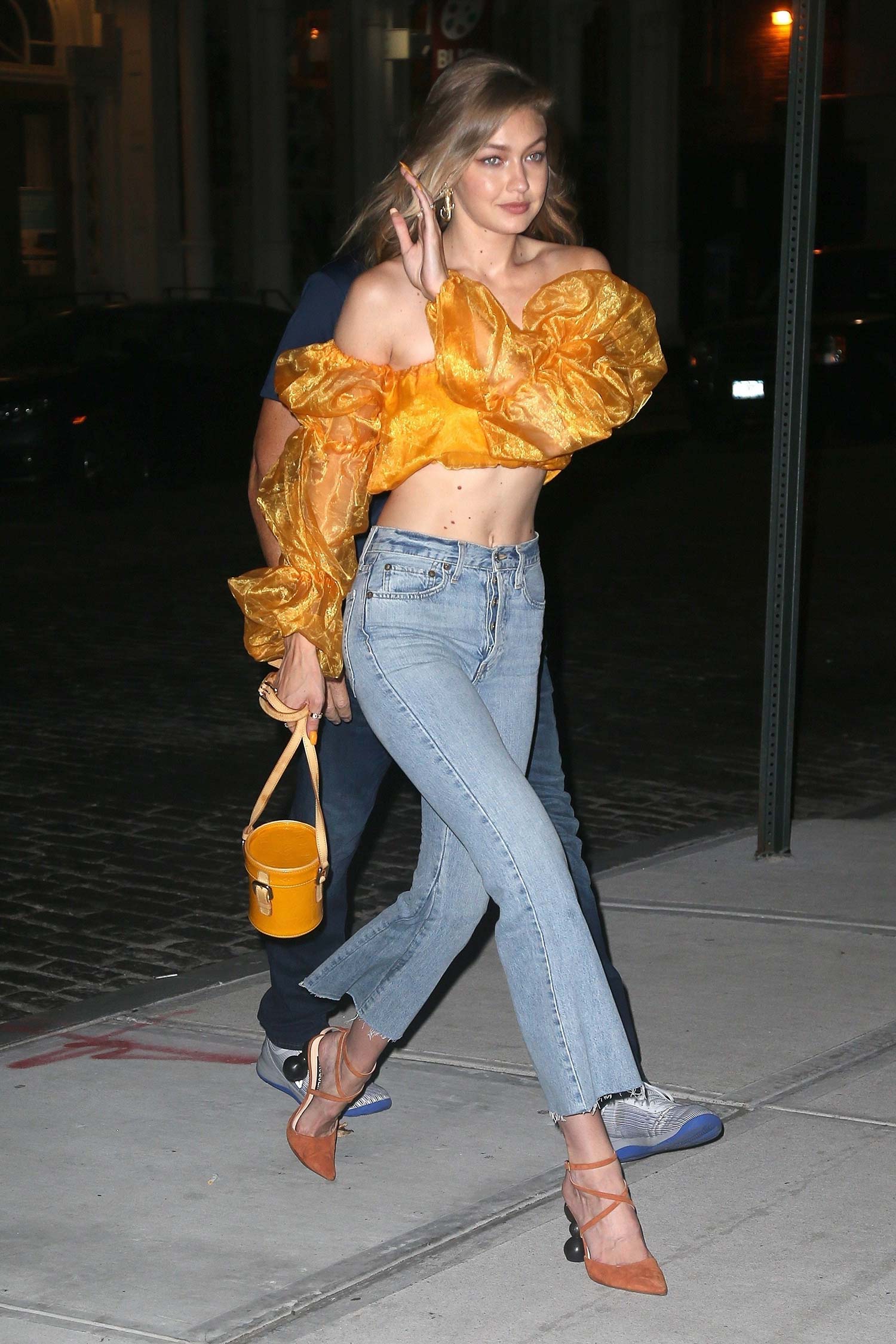 One of our regulars here on The Jeans Blog, Gigi Hadid, waved to the paparazzi as she headed out for the evening in New York City a little while ago. I wonder if orange is the popular colour choice lately since she’s dressed head to toe in it, from her nails to her shoes?

For her outfit, Gigi decided to wear a pair of RE/DONE Cropped Kick Flare Jeans in Light Washed Blue with a raw hem. She paired these jeans with an orange silk ruffle blouse, some orange heels, an orange bucket back and jewellery to match. I’m getting such a Latin/Spanish vibe from this with that blouse, I think it’s fantastic!

Now for those of you wondering why these jeans aren’t Levi’s so they can’t be by RE/DONE, well things changed for the brand last year. They still have their RE/DONE Levi’s collection which takes old vintage Levi’s jeans and reconstructs them into a modern fit, but they also brought out their own line, just called RE/DONE, which is comprised of their signature fits and logo, but they’re new jeans.

Founders Sean Barron and Jamie Mazur launched RE/DONE clothing in 2014 to create sustainable fashion that maintains a sense of rarity and uniqueness, which they achieved and it took over the celebrity world by storm as we know, but they have since moved on from just re-purposing old denim, as you can see from the collection they have on Shopbop and the jeans that Gigi is wearing. I’m really liking this new direction actually, but more importantly, do you like Gigi’s look? 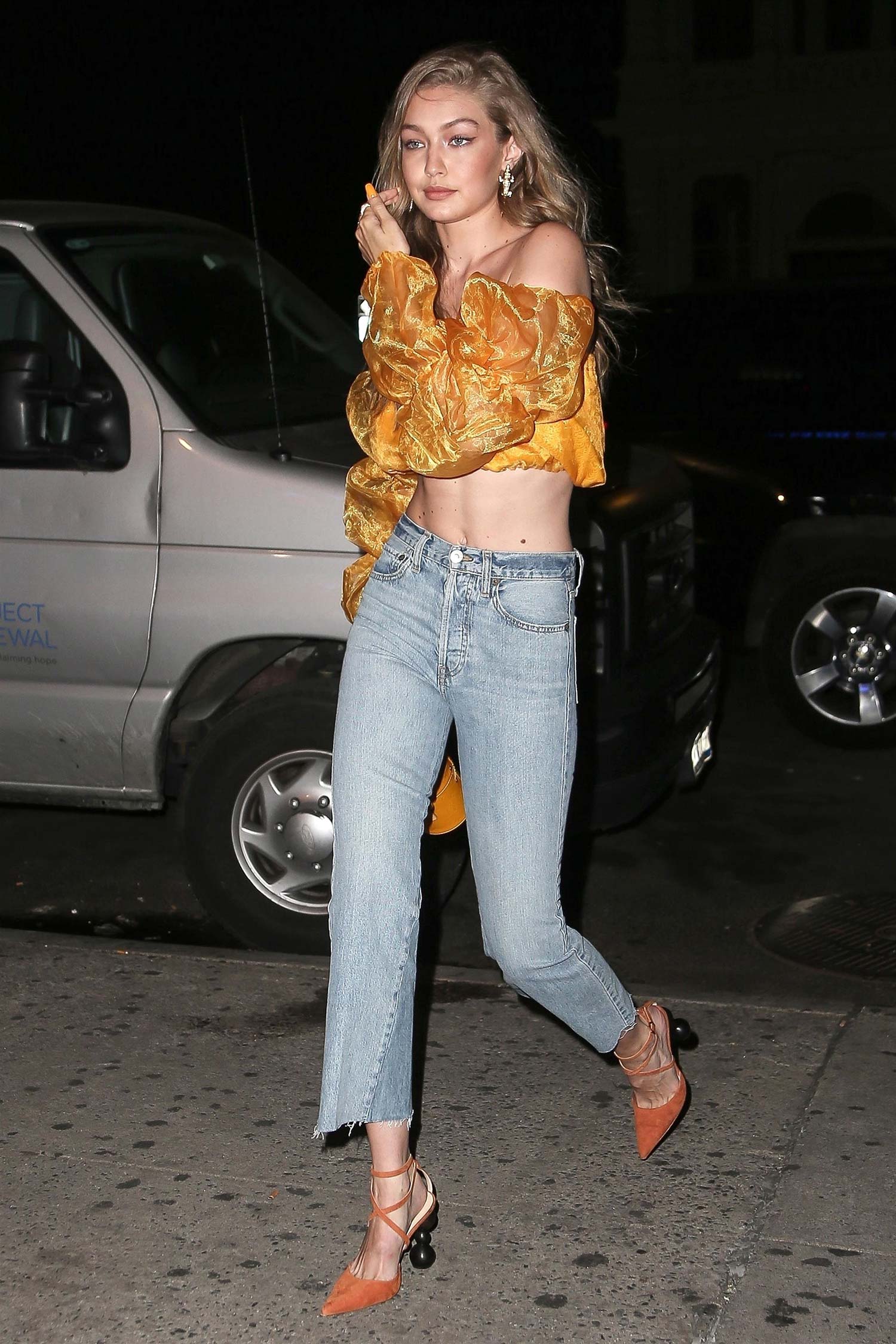