We have some exciting news to share with you! RE/DONE Levi’s is known for turning vintage Levi’s jeans into modern works of art that you can wear, bringing back that beloved high rise vintage fit that the women love and adore. We have seen them on all of the celebrities from Alessandra Ambrosio (who lives in them) and Miley Cyrus to Kendall Jenner and Gigi Hadid… the list goes on! We did an interview with RE/DONE Levi’s when the brand first launched, but for those of you who aren’t familiar with them, each pair of RE/DONE Levi’s jeans are handpicked and admired for their one-of-a-kind wear patterns, artfully faded denim, and story woven into the jeans. They are then mercilessly taken apart at the seams and transported to the brands local Los Angeles warehouse, where they are re-sewn into timeless shapes. Giving the old jean a new lease of life. Iconic. Sustainable. Individual.

Now, having been known for their immediate success of their women’s collection after launching just over a year ago, RE/DONE Levi’s have expanded their denim offering to include a men’s collection. How exciting is that? The new men’s line features two styles to begin with, the Slim Straight and Relaxed Taper (which you can see below) and are available in their washed blues, but black denim will be introduced later. The Slim Straight fit is a classic skinny jean, while the Relaxed Taper is a looser fit through the hips with a narrowing leg. Which style do you think you will like?

Musician, Cam Avery, of Tame Impala features in the RE/DONE Levi’s men’s denim campaign, launching the collection while coinciding with the launch of his first solo record. However, we can tell you that upcoming campaigns in the future are confirmed to include artist, Niki Haas, studio art innovator and one half of the artistic design duo, Haas Brothers and Ludo Lefebvre, well–known restaurateur, pop-up impresario, author, and television personality. RE/DONE Levi’s is currently in talks with a number of other creative and aspirational men that will be featured in the near future too. I can tell it’s going to be big! I can definitely see someone like Pharrell Williams and Kanye West loving their jeans.

“We are shooting guys who work in different creative worlds. Men look to their friends and other guys they think are cool for style inspiration – almost subconsciously.” RE/DONE co-founder, Sean Barron, comments on the new men’s line “as a guy, I am really excited to finally having a jean that’s a real authentic jean, and not a women’s brand trying to make a man’s jean.”

The new RE/DONE Levi’s men’s jeans will retail for around $265 and are included in the brands international partners as well, this includes Harrods London, United Arrows Japan and Colette, but of course are more readily available on their website at ShopRedone.com and at Barneys New York. Quantities will always be limited though since the jeans are distinctly one of a kind and no two are the same. So, if you see a pair you love, make sure you snap them up straight away or you will miss out on them. So guys, what do you think of RE/DONE Levi’s branching out into men’s jeans? Are you excited? 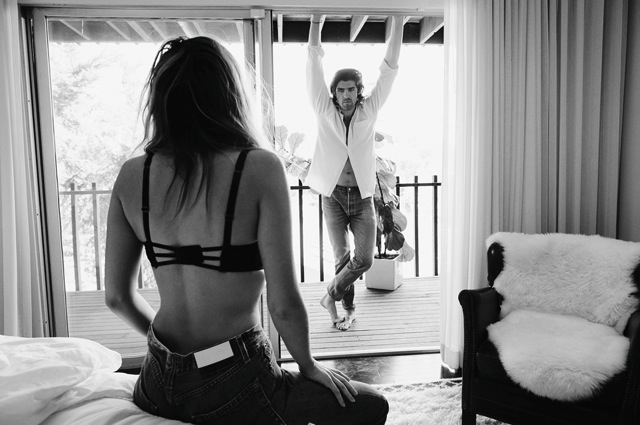 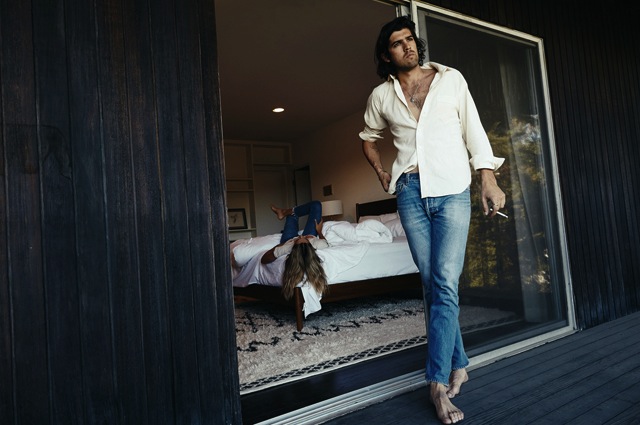 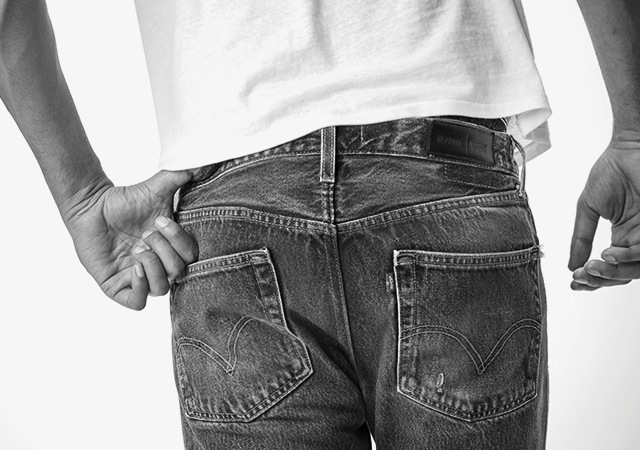