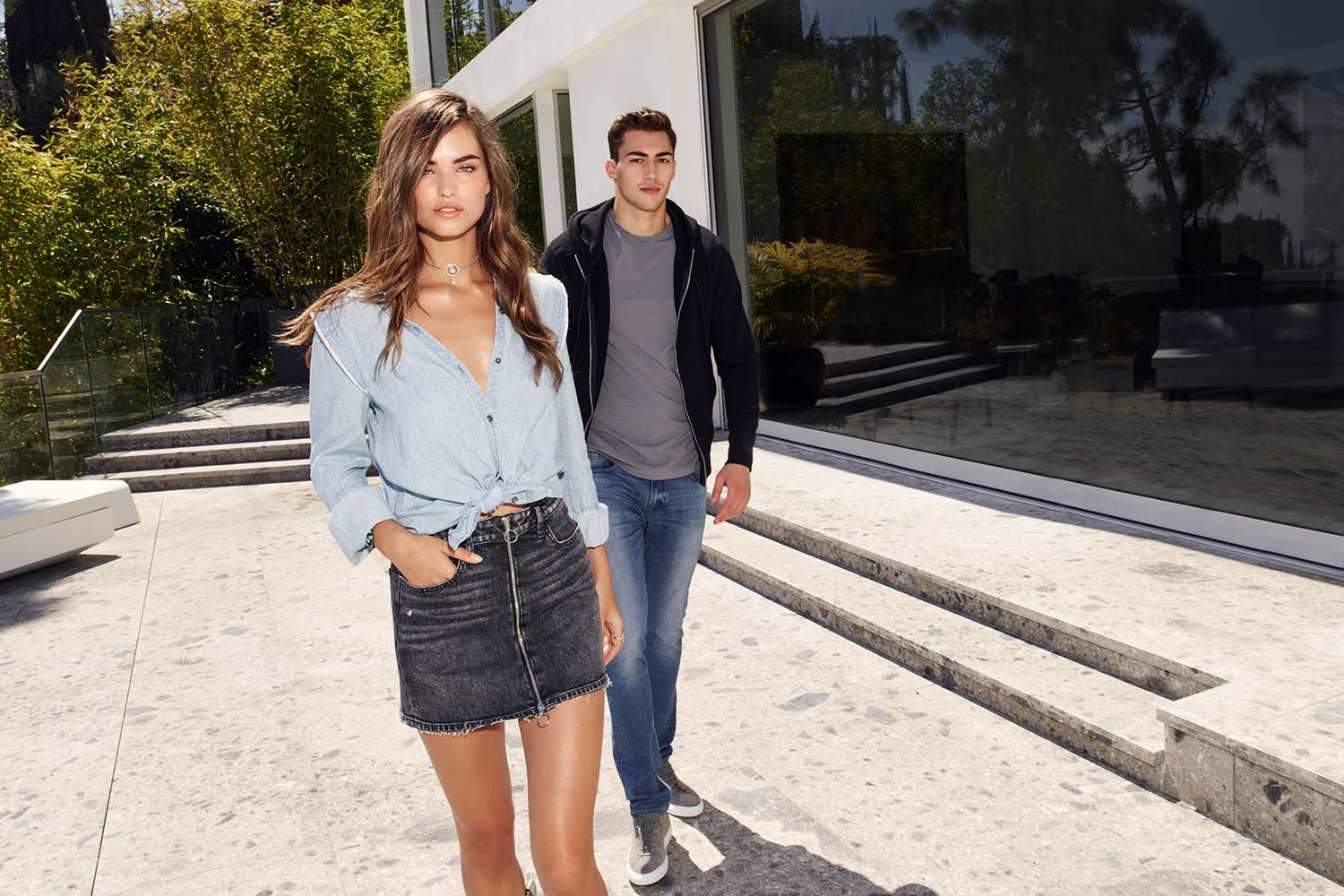 Here is the brand new PAIGE Fall/Holiday 2018 advertising campaign and it’s starring Robin Holzken and Alessio Pozzi. We were very much used to having Rosie Huntington-Whiteley as the face of PAIGE for quite a few years, but as she’s now a mum and somewhat out of the industry, I was intrigued to see who would be the next set of models the brand chose.

These photos were shot by fashion photographer Naj Jamai with creative direction by Paige Adams-Geller. The aim was to capture the brand’s latest key men’s and women’s styles worn day to night, as you can see from the contrasting photos. Using a private home in the Hollywood Hills for the location, Paige Adams-Geller wanted to drive the campaign home by showcasing breathless 360-degree views of Los Angeles, California and how to #LIVEINIT from day to night.

This season’s campaign will represent PAIGE’s most digitally-focused campaign to-date. The brand is inviting its fans to participate in the #LIVEINIT campaign by snapping a picture of how they wear their PAIGE pieces from day to night. User-generated content will have the opportunity to be featured on the brand’s social media platforms, website and newsletters.

Additionally, PAIGE is launching a social media-focused campaign called #myPAIGE24 that follows an influencer for 24 hours wearing PAIGE day to night. The mini-series will consist of imagery and videos that will live on the brand’s social media channels and website.

The first set of images that you can see here highlights the women’s Aideen Skirt with O-Ring Zip Front in Myra (how gorgeous is that?!) and the men’s Lennox Skinny in Manning. The Aideen Skirt is a high-waisted A-line denim skirt that features a double O-ring zipper in a perfectly worn-in vintage black wash. The Lennox Skinny is PAIGE’s most popular men’s fit and is featured in a medium-blue wash in TRANSCEND, the brand’s best-selling luxuriously soft performance-driven denim. I think these are great pieces to feature, but I love the styling of that skirt with the denim shirt. It’s so chic! What do you think of the latest pieces from the PAIGE Fall 2018 ad campaign?

“Our new campaign represents how I imagine our clothing taking you from day to night. Shot in the iconic Hollywood Hills with Los Angeles as our backdrop, the imagery epitomized our California lifestyle. Effortless and cool with a little bit of edge.” – Paige Adams-Geller 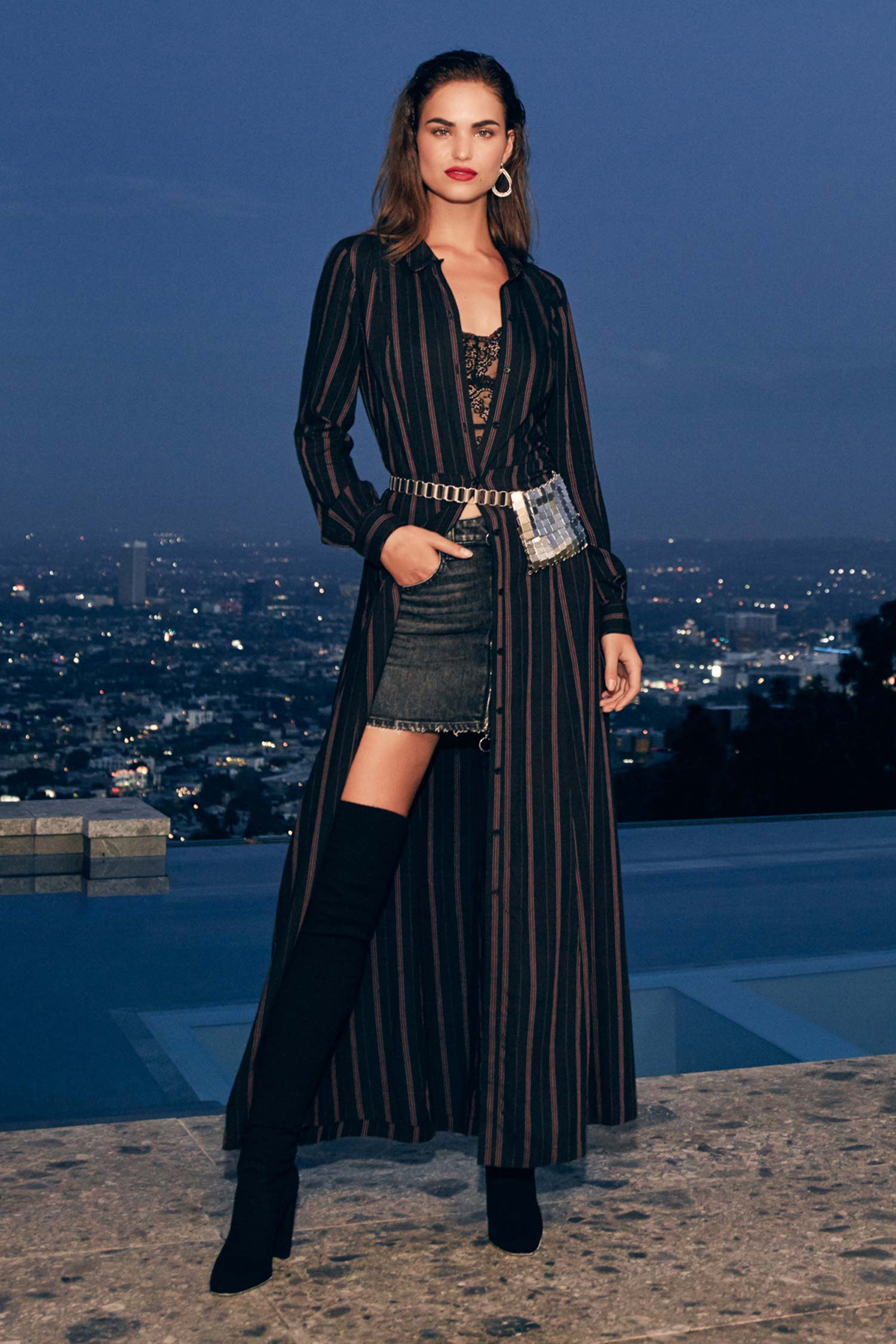 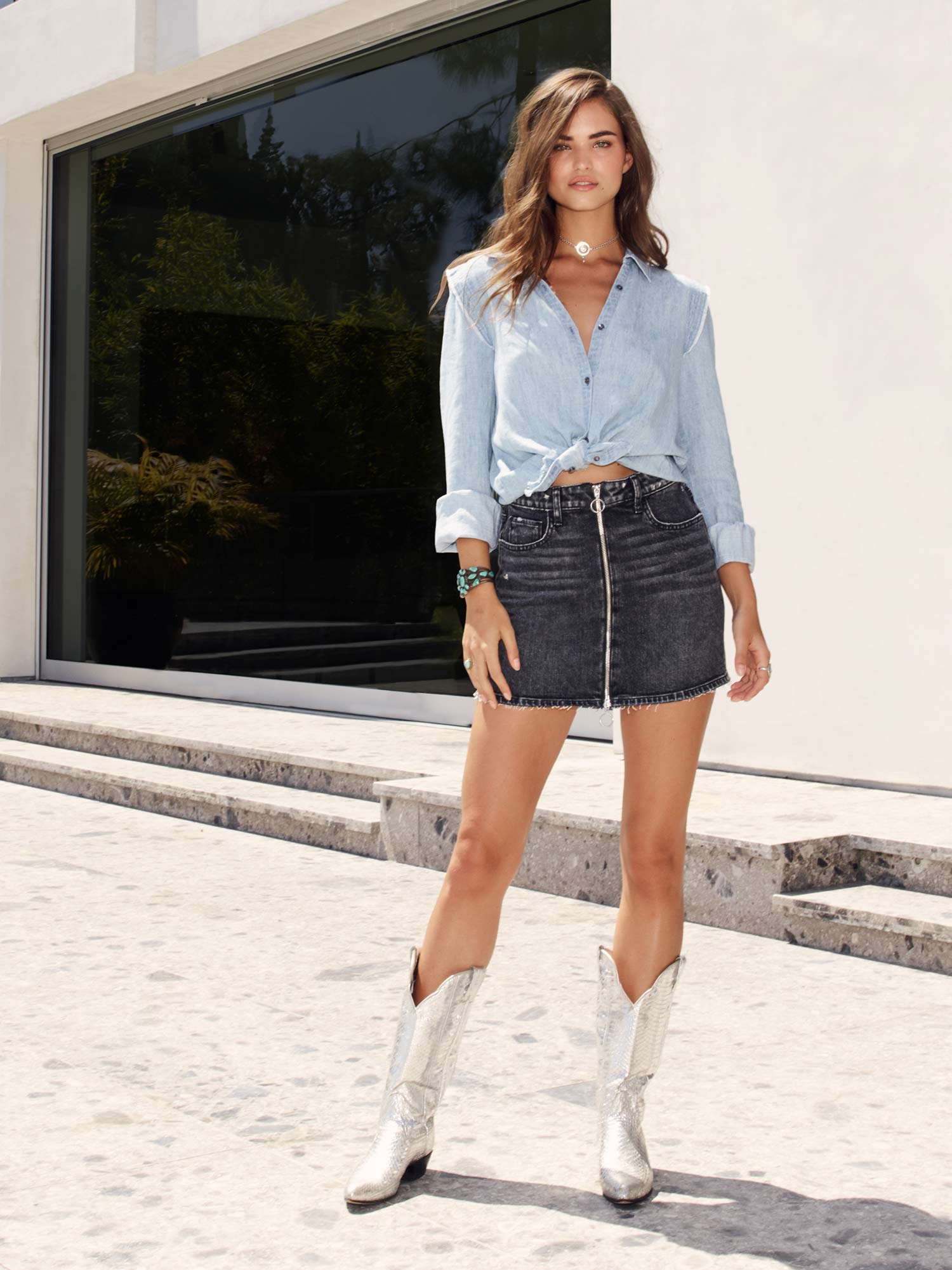 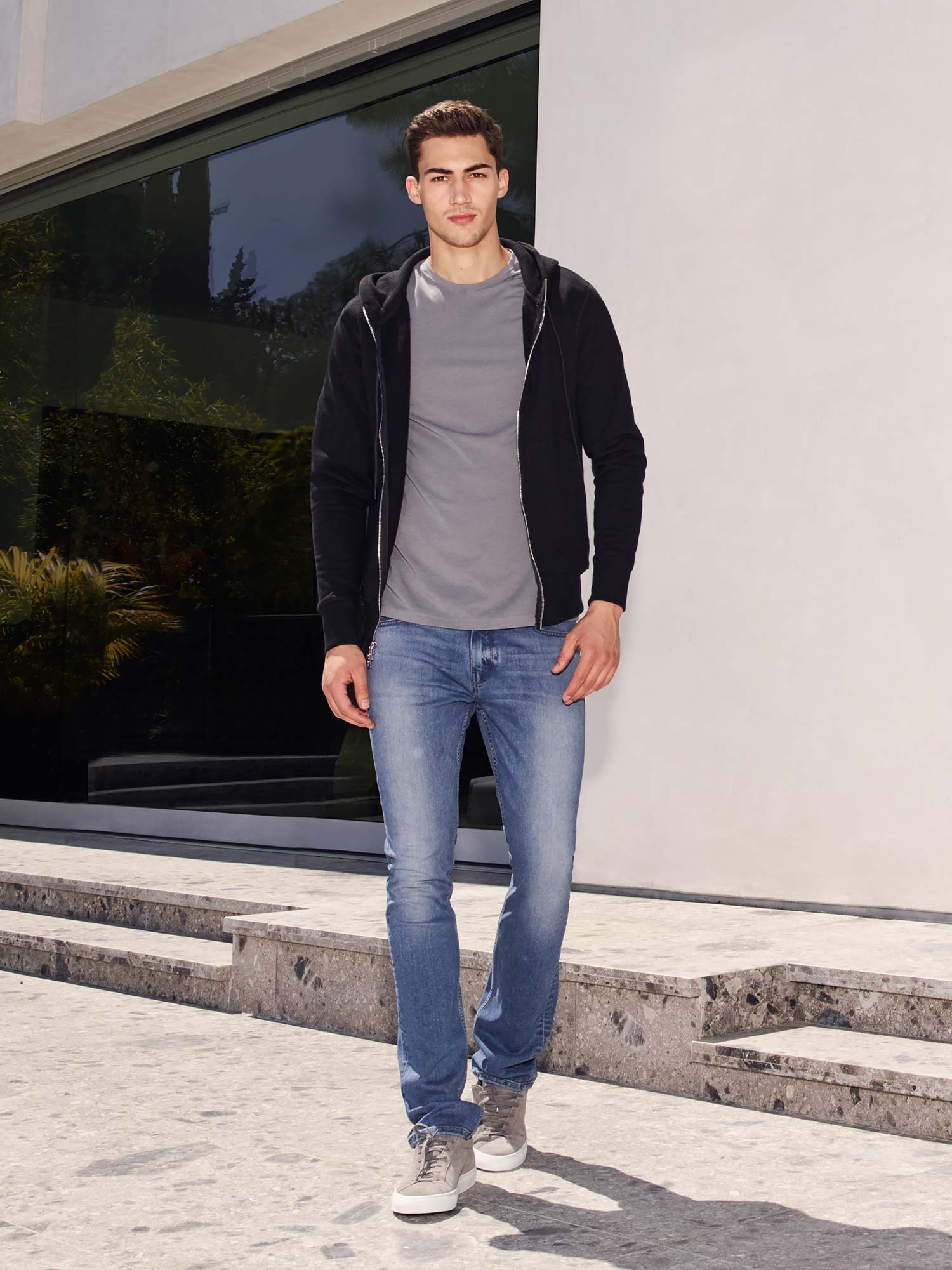 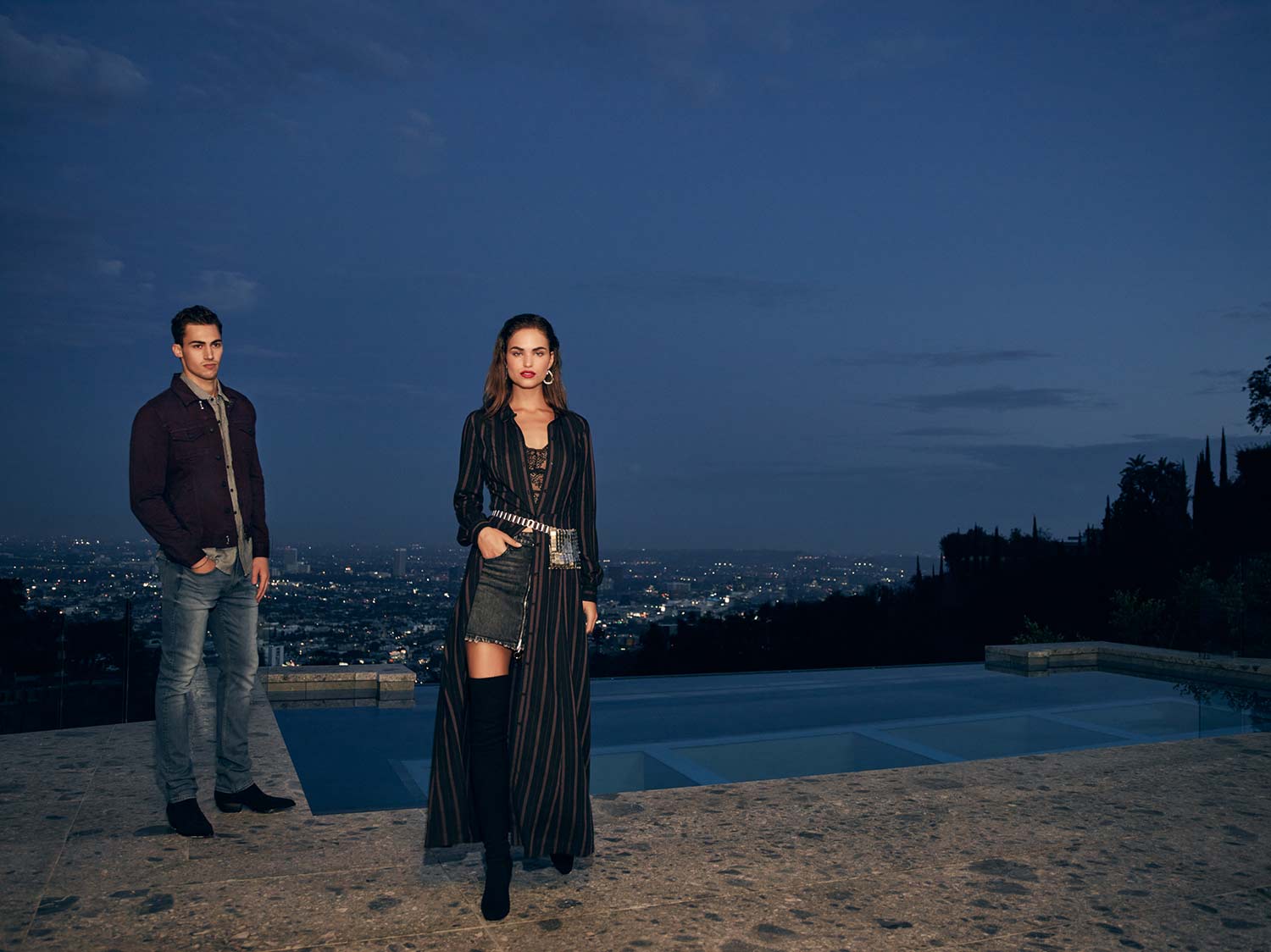 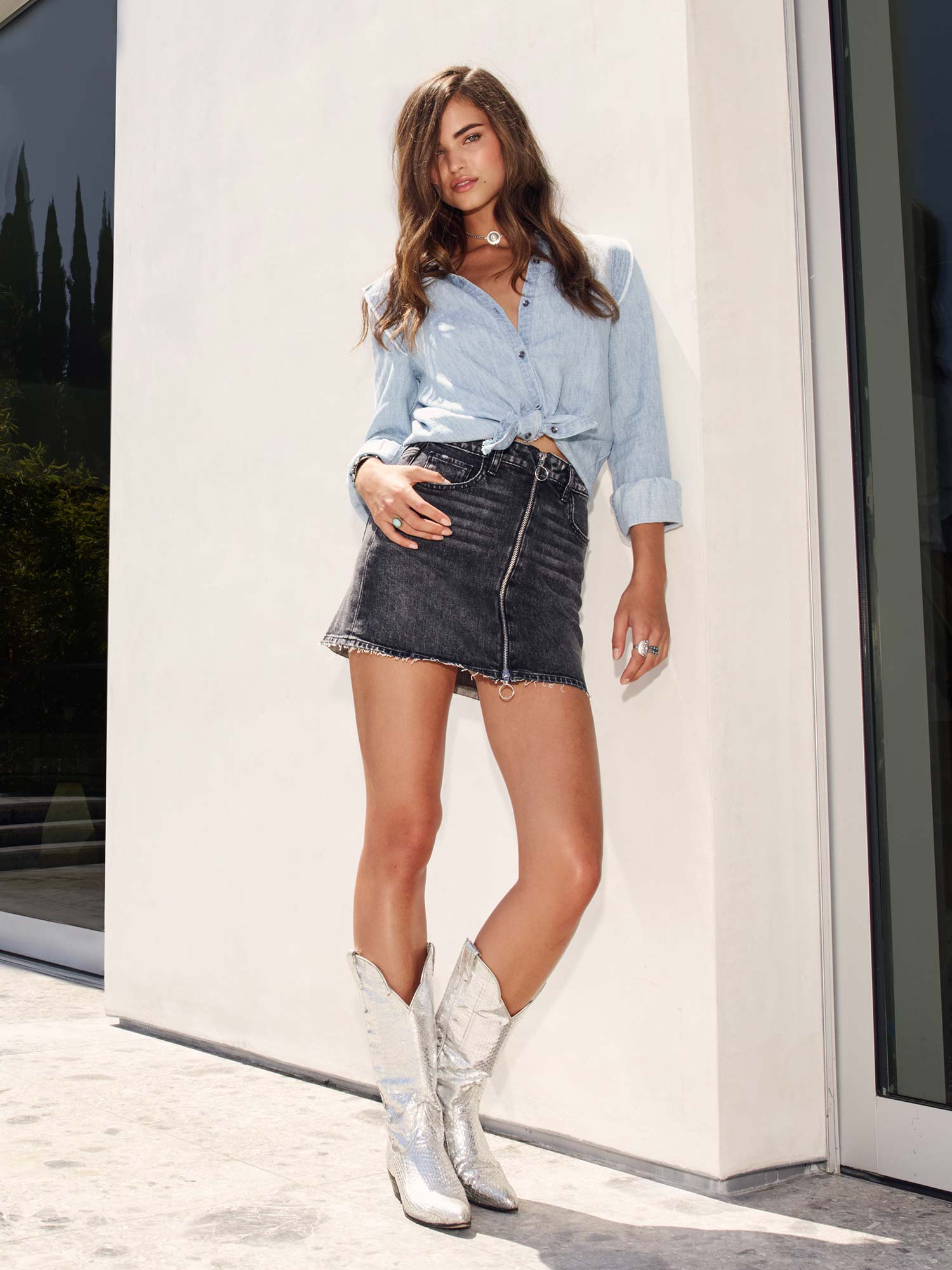 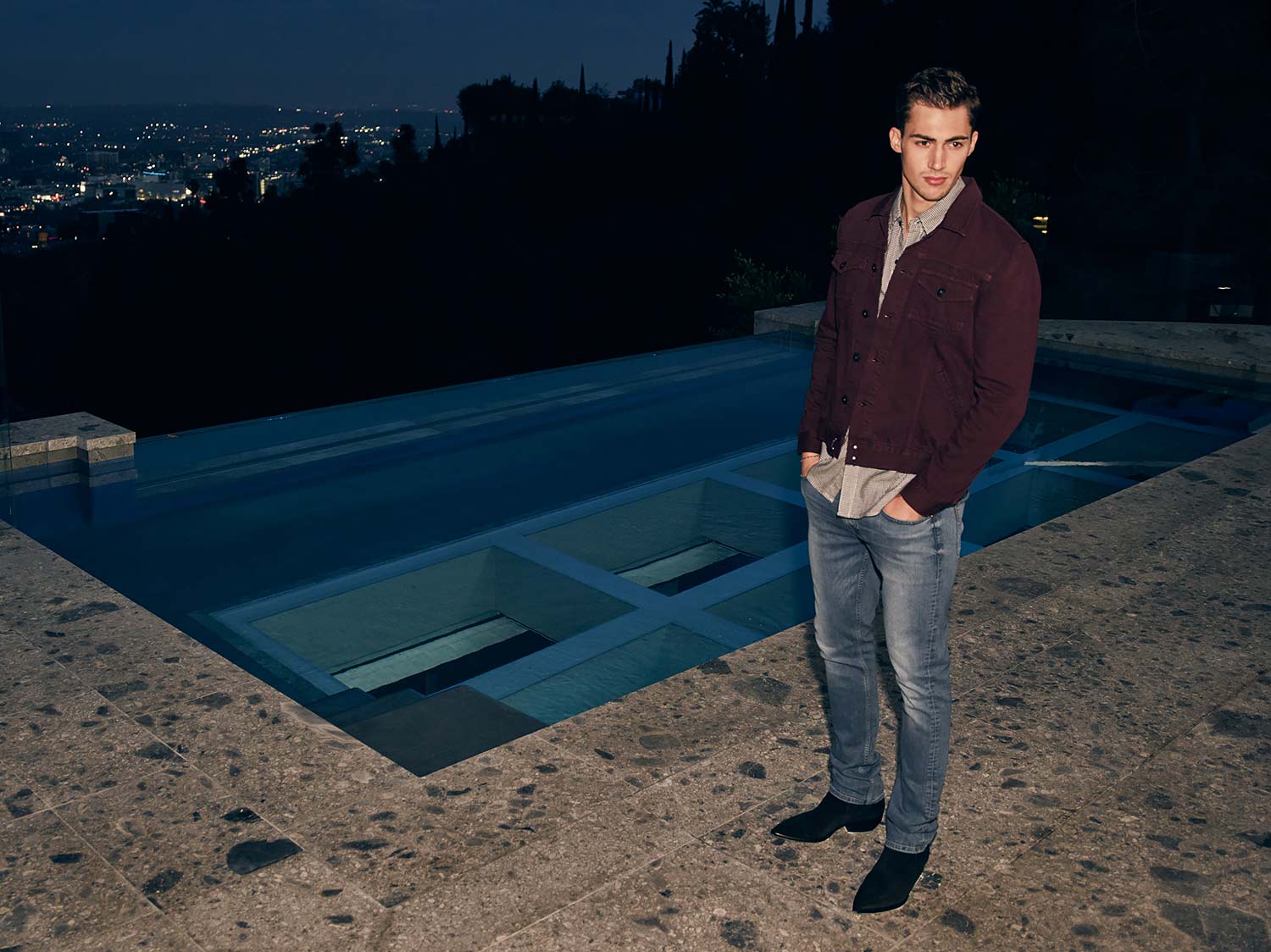