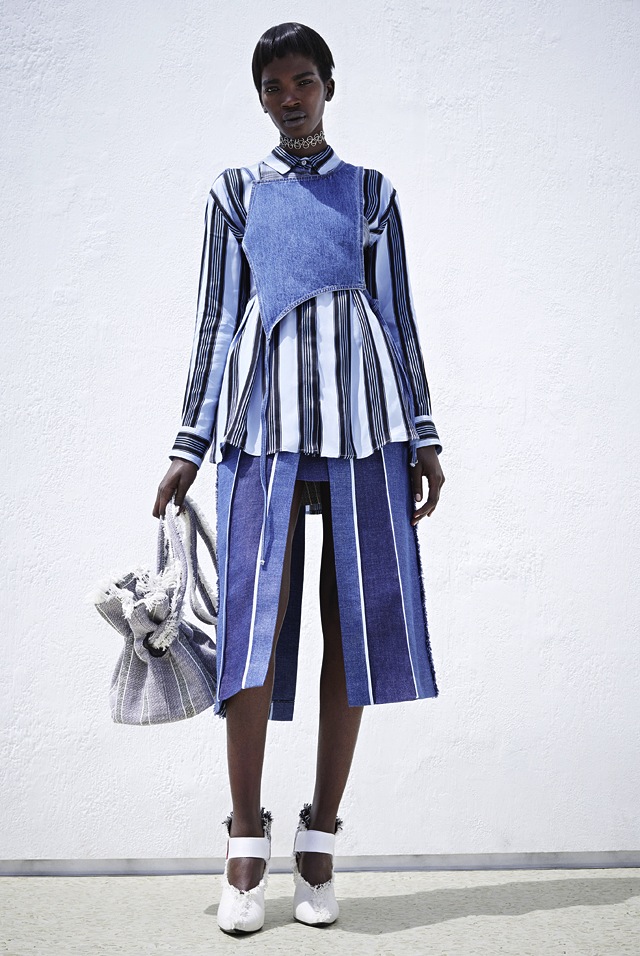 ACNE Studios has just launched their Resort 2016 collection campaign in Paris, France. Featuring three looks with denim, which I just had to share with you! Expressive pieces of individuality, using tactile fabrics such as silk twill, linen, suede and silk organza, this collection is one you don’t want to miss. The colours throughout go from linen beige, indigo and black and white to hot pink and fiery red, however only the three blue looks with denim are showcased here since this is a denim blog after all.

Bold stripes and geometric shapes are what’s featured, in various strips of blues and purple. I think the look above with the denim patch on the front of the chest is fantastic. There’s a strong element of the culottes and gaucho style pants here which is definitely on trend too. Mixed with linen and thick pinstripes, as well as blocks of colour, I think these outfits are definitely going to make a statement and catch the eyes of anyone walking by. What do you think of the denim included in the new ACNE Studios collection for Resort 2016? You can shop the ACNE Studios collection online at My Theresa and SSENSE. 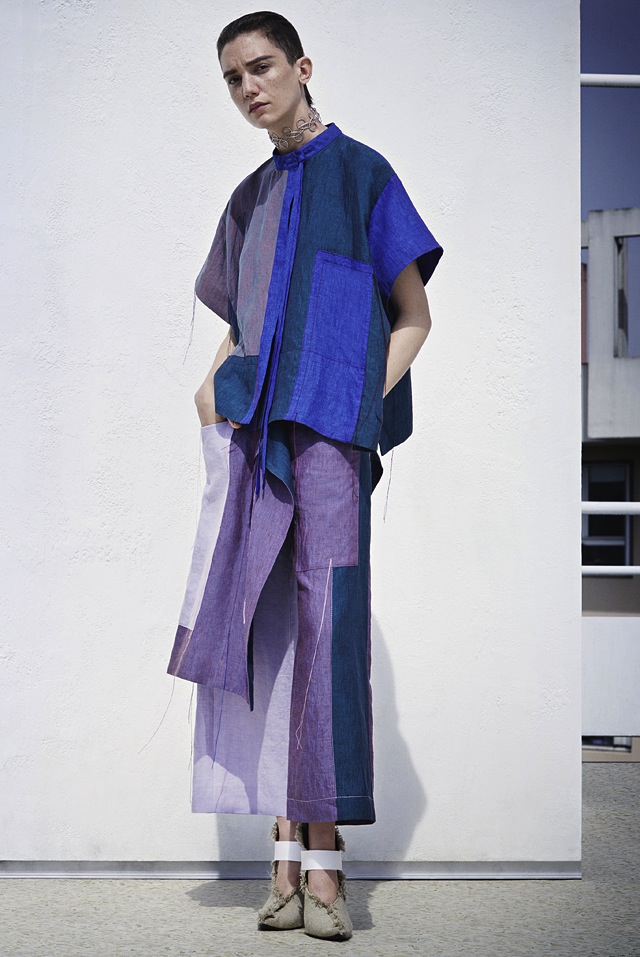 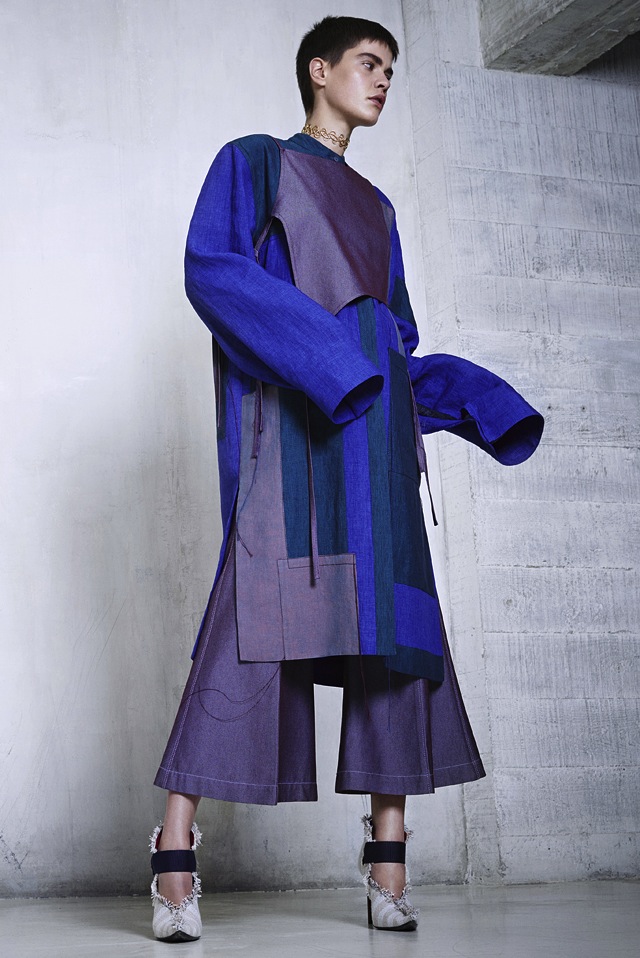