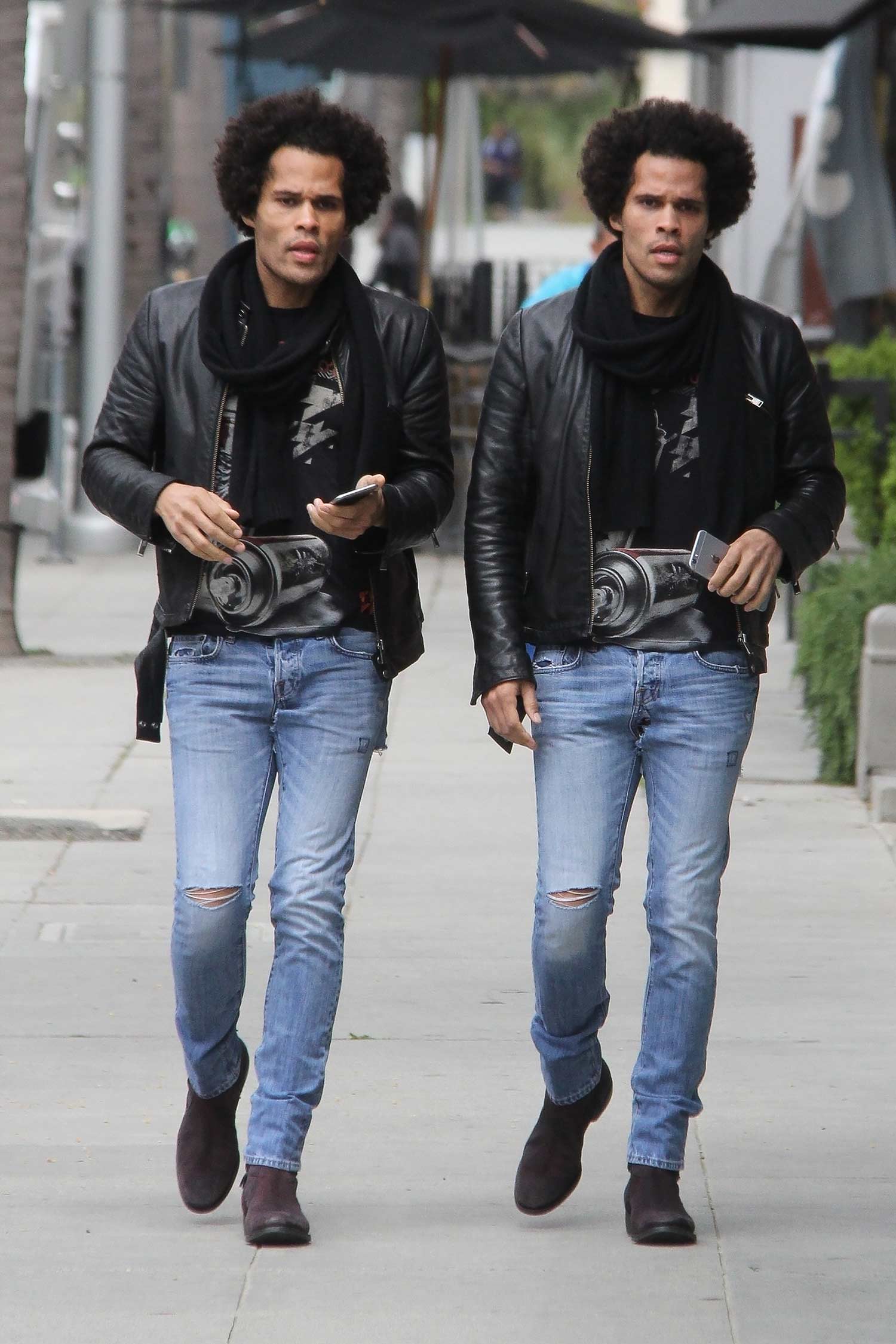 The Clemmons twins, Garry and Jason Clemmons, a model/acting duo, were seen walking together in Beverly Hills, California. They are up and coming and I hadn’t heard of them before, but one thing I have noticed is that they do everything identically. Every day they dress exactly the same, and make sure they look identical. It’s crazy to look at!

I personally cannot tell them apart, but for the sake of this post, it doesn’t matter as they’re dressed the same anyway. Both Garry and Jason wore matching skinny jeans with printed tees, a leather jacket, some Chelsea boots, and a scarf. They’re even holding their phones in the same hand.

I thought this would make a cool feature though as they genuinely love their denim, and I quite like these jeans. We’re used to seeing the butt rip under the pocket on women, but never on men’s jeans, so this is a cool touch. What do you think of the Clemmons twins matching looks? 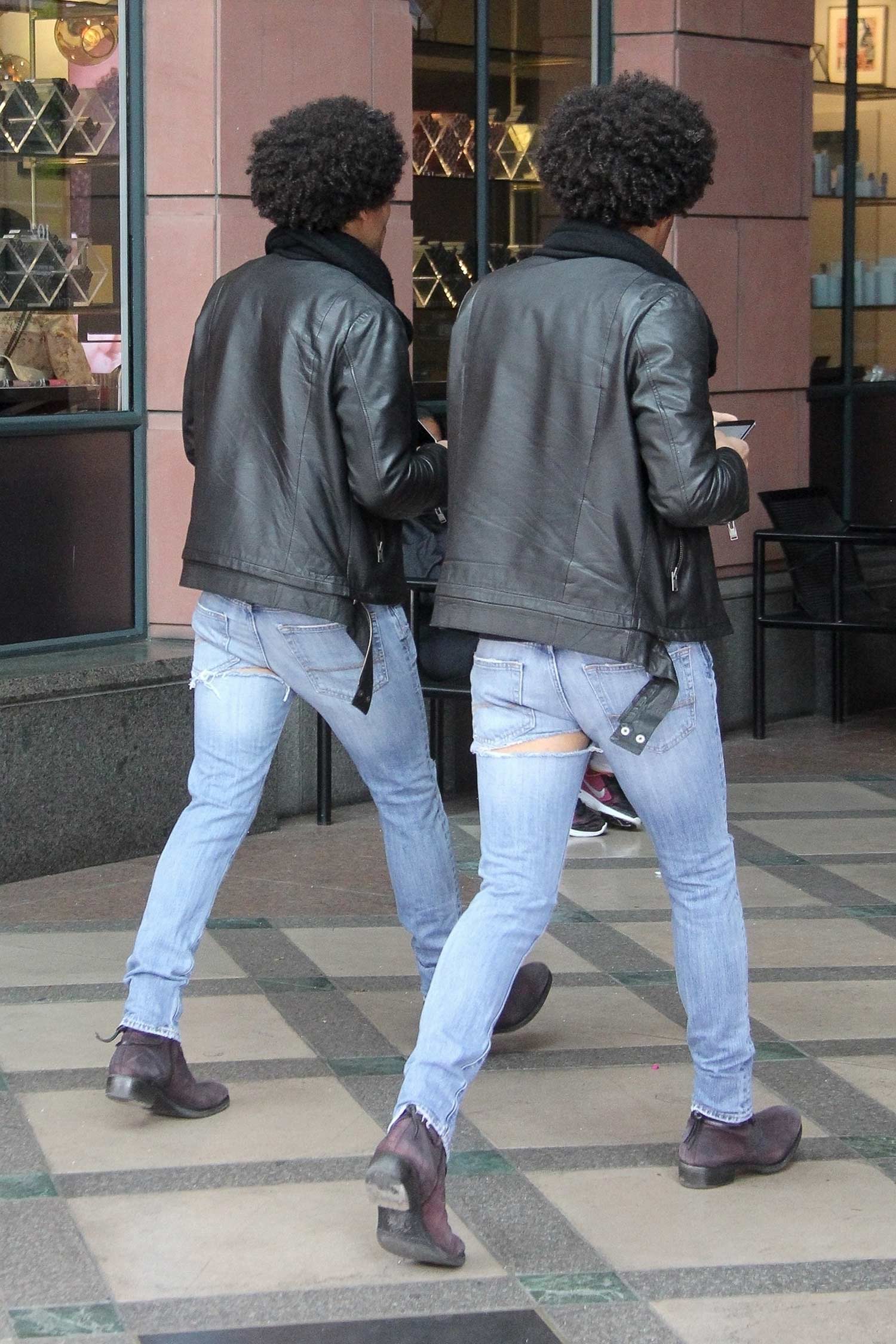