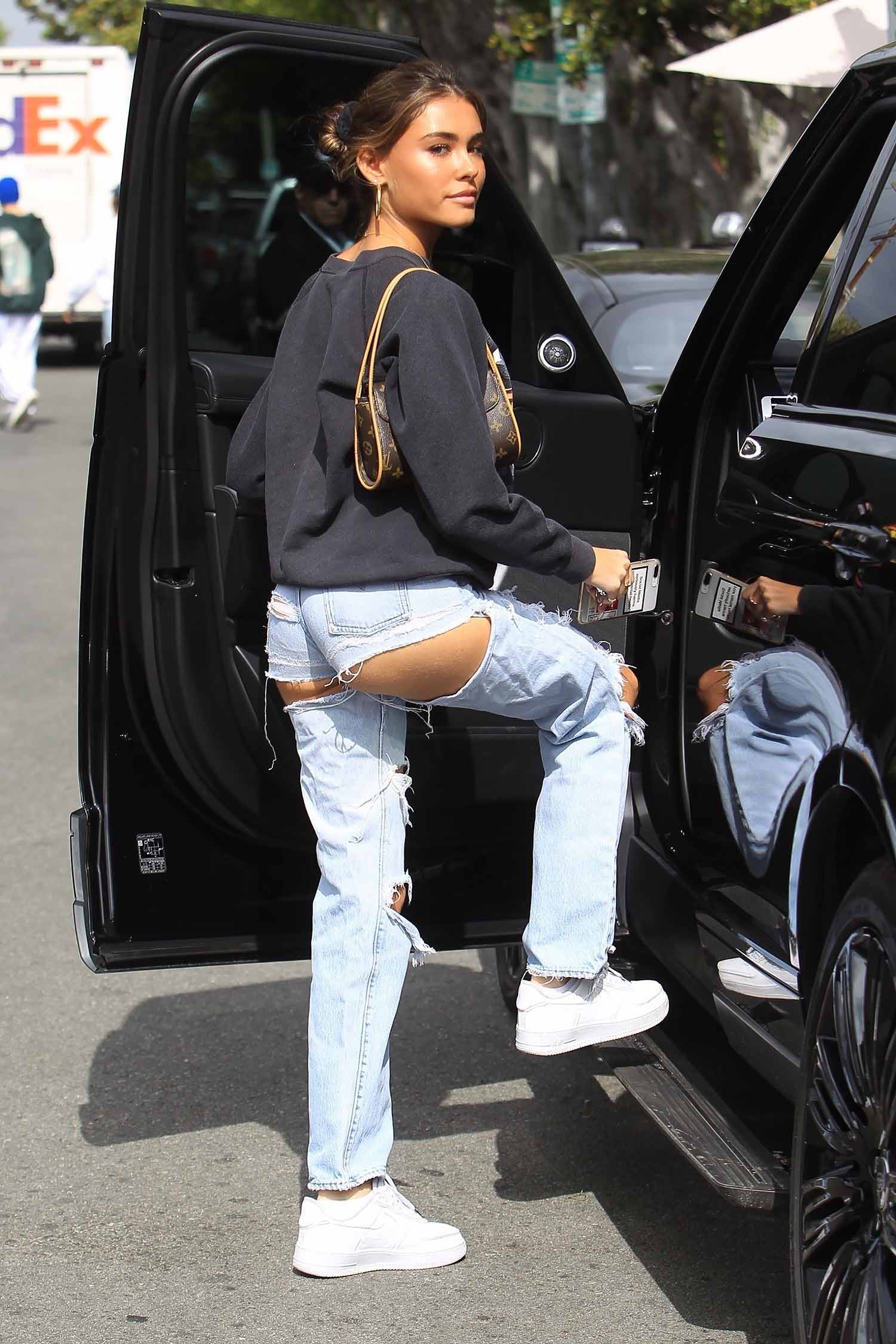 Singer, Madison Beer was back in West Los Angeles after returning from the Cannes Film Festival in France. The young R&B singer stepped out for a stroll through West Hollywood and got back into her car while the paparazzi snapped photos of her.

Madison has always been pretty bold with her choices of clothing, and she didn’t disappoint with her denim choices this time! She went for a vintage pair of Levi’s jeans which were so heavily distressed and ripped that they don’t leave much to the imagination. She paired them with a Taz sweatshirt and some Nike sneakers, finished off with a little Louis Vuitton purse.

How many of you would feel comfortable wearing jeans this ripped? Especially around the butt? I think they look pretty cool, but I don’t think I could do it. From the front though they look incredibly uncomfortable to me given how tight they are in the crotch and seat areas too! I can’t imagine sitting down is very fun in these Levi’s jeans, ha ha. I do quite like the giant and extreme rips on the legs though, it’s quite cool. What’s your opinion on these Levi’s jeans? 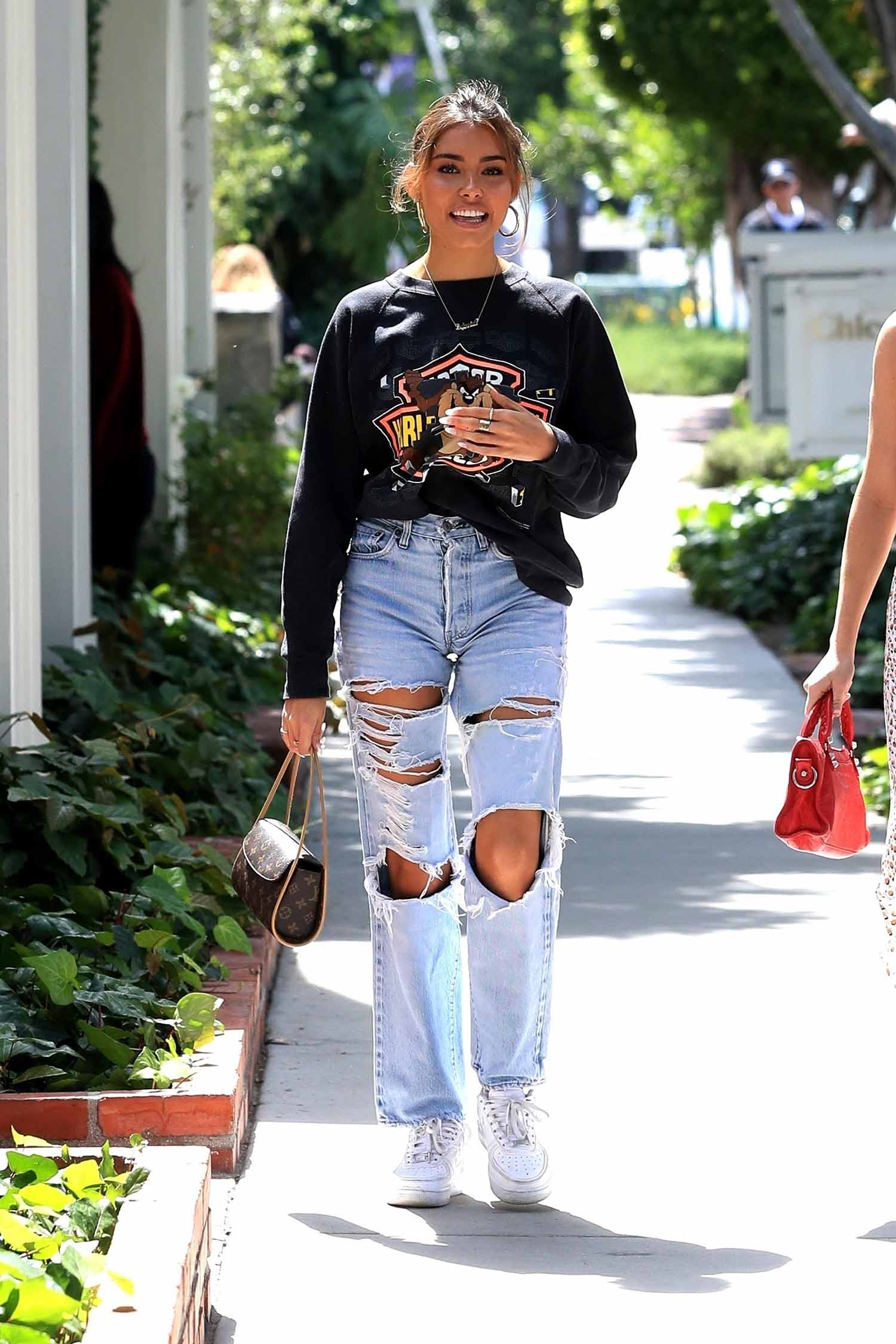 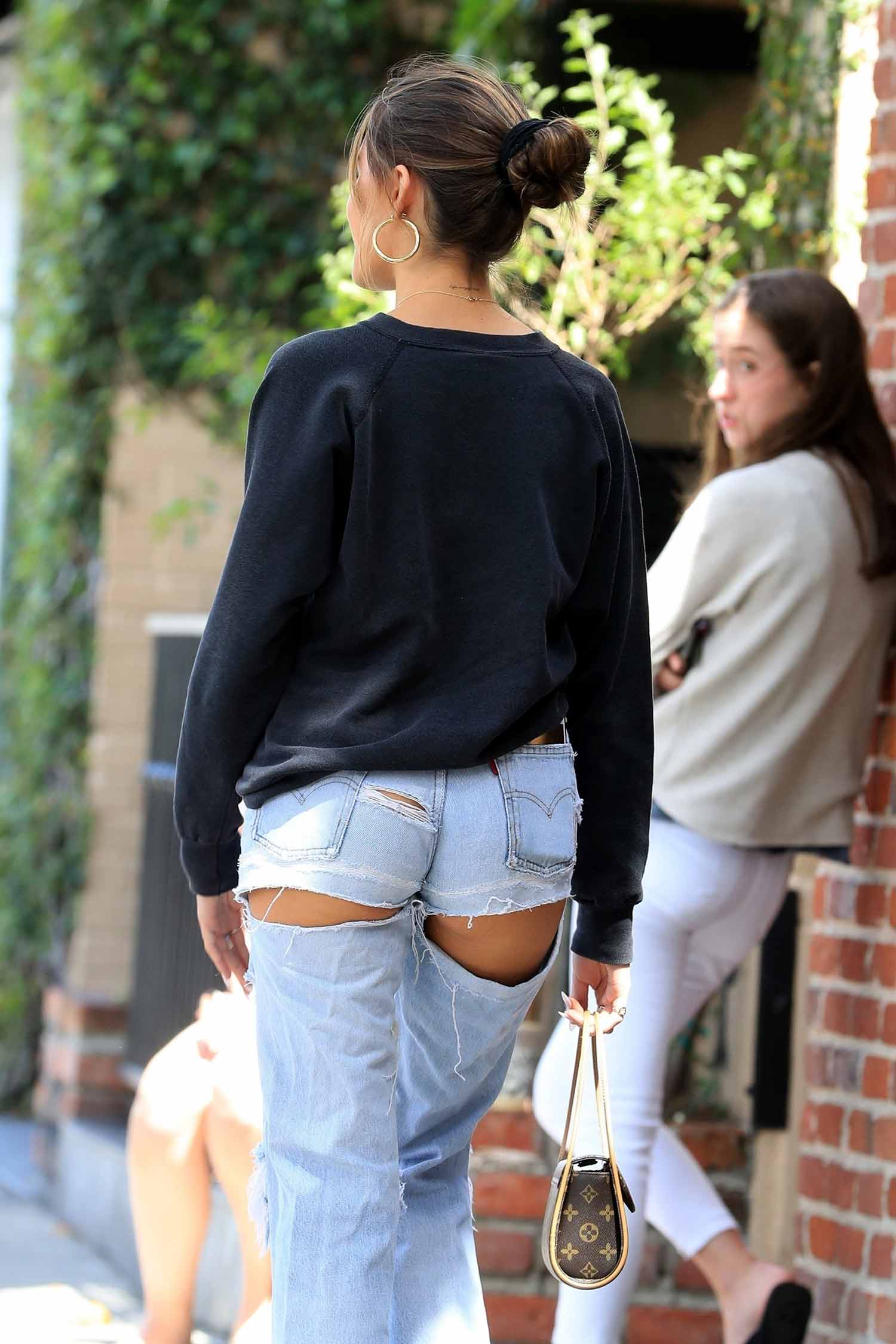