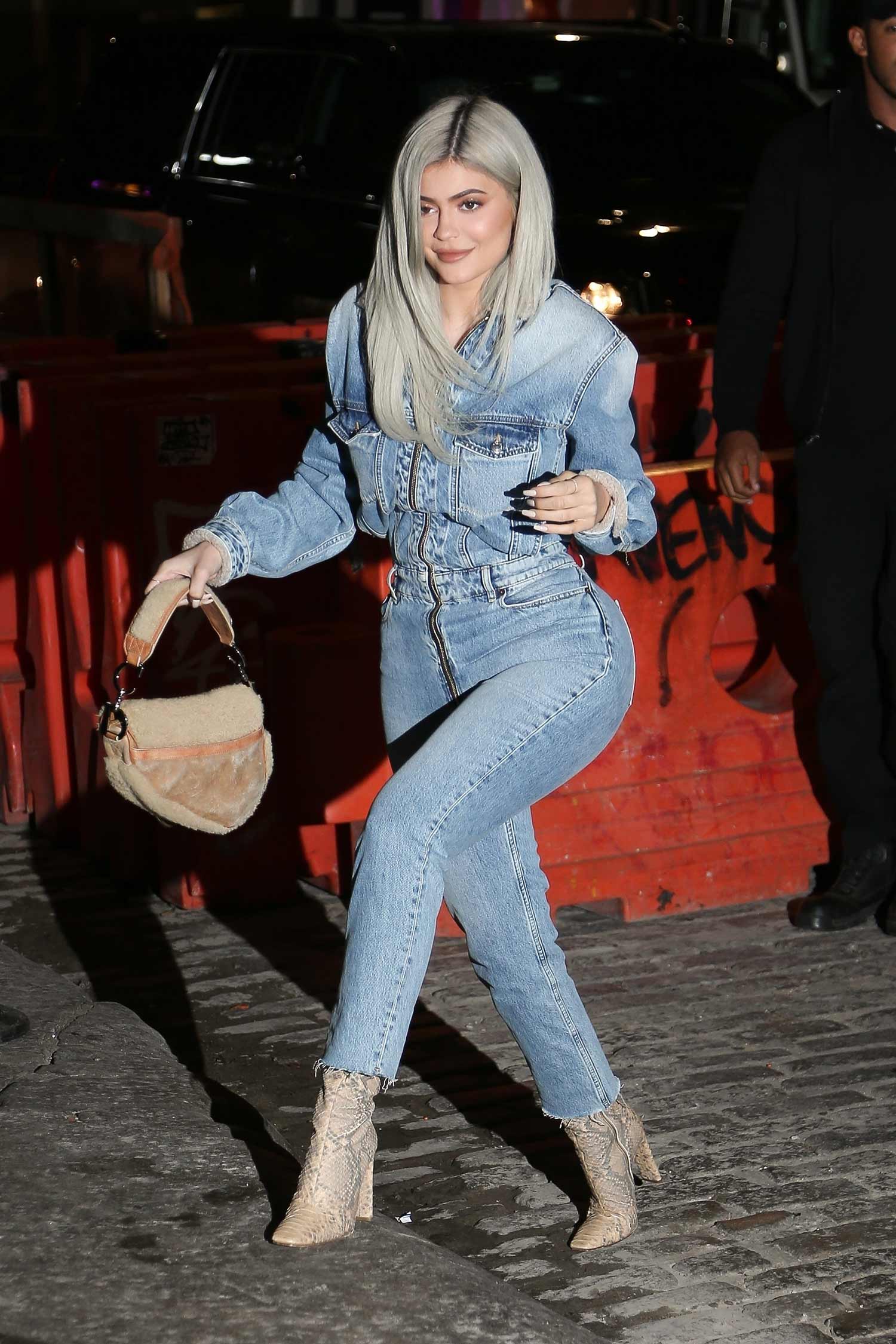 Keeping Up With The Kardashian’s star, Kylie Jenner, was pictured returning to the Mercer Hotel after a Dover Street Market Pop-up event in New York City a little while ago. She always seems to be smiley whenever she’s snapped, despite always getting media attention, so that’s good.

Since we’re on the subject of her, I’m sure many of you saw the viral World Record Egg and how it took Kylie’s top spot as the most liked photo on Instagram, but for those of you who didn’t, here’s the story. Kylie was the record holder for a photo on her feed which had over 18 million likes, an account came along with just a photo of an egg on it, and it’s gotten over 50 million likes, taking the crown! I find it fascinating how viral things like this can happen, ha ha. She did respond by posting a video of the time she tried to cook an egg on the hot pavement.

Anyway, getting to this look here, Kylie opted to wear an IRO Legend Denim Jumpsuit which she styled with some snake print boots and a shearling Christian Dior Saddle Bag. This jumpsuit retails at over $1080, but it is currently in the sale with limited sizes left! I think it’s pretty cool since she’s matched the shearling collar and sleeve cuffs to her bag, what a good combination!

This IRO Legend Denim Jumpsuit itself is made from 100% cotton and features a zip all the way up to the collar. There’s also a distressed raw hem, which I think is a nice added touch, and a wash that’s got a lot of whiskering and fading, giving it a vintage appearance. I love it when denim pieces are unique, and I’ve never seen one with the shearling on the collar and cuffs before, so I’m really intrigued by it! The majority of them are button up as well, but not this one!

Most denim jumpsuits that we see are often quite boxy or plain with an indigo wash, but this one I find to be really unique and flattering on Kylie, she wears it well. It accentuates her curves perfectly! That’s one thing I like about the Jenner’s and Kardashian’s, they really know how to dress, perfectly match their pieces, and make sure their pieces are flattering to their figures, even if that means tailoring.

Even though this isn’t a look I would wear myself, I really do like it. I think it’s edgy, yet fashionable, and sexy at the same time. I’ve never really worn denim jumpsuits, and I can’t say they are something I would want to wear, but if I looked like Kylie Jenner does, I would be into it! I think I’m more attracted to the colour scheme and how she’s even matched everything down to her nails, they’re all a neutral and nude tone, which I think most people don’t even notice, so I applaud her for this. What do you think of it? Are you a fan of IRO too?

Buy this IRO Denim Jumpsuit in the SALE at Shopbop.com 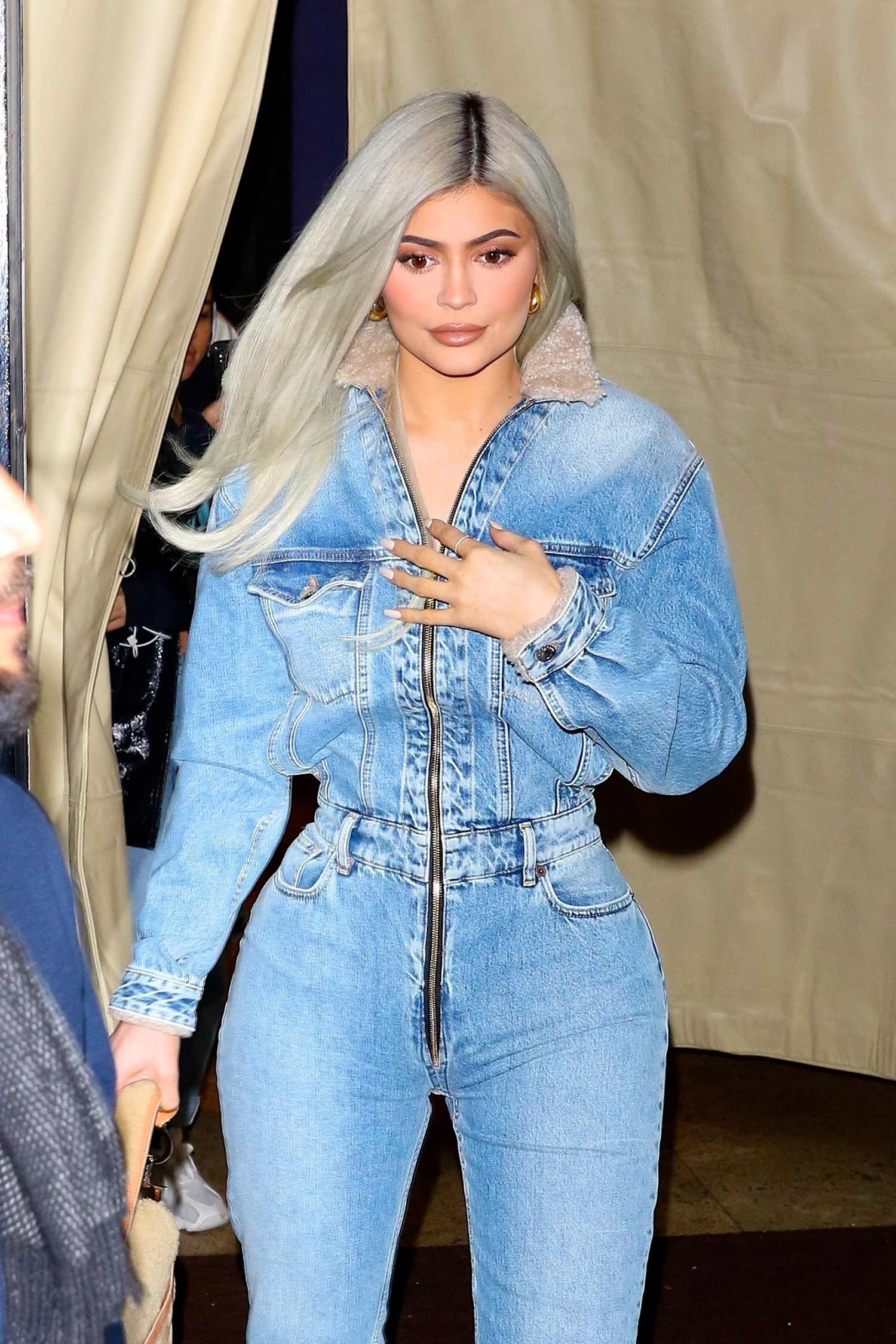 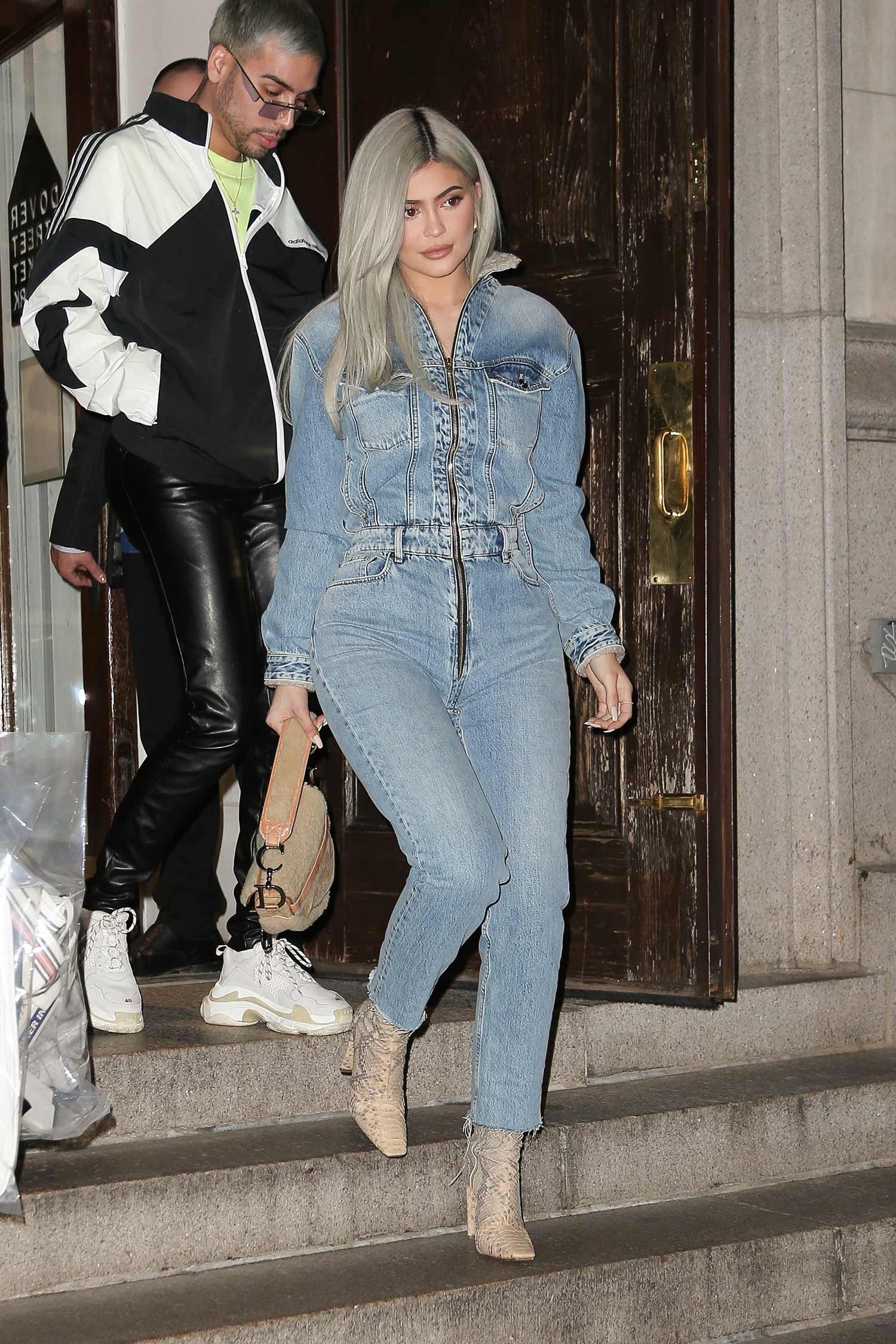