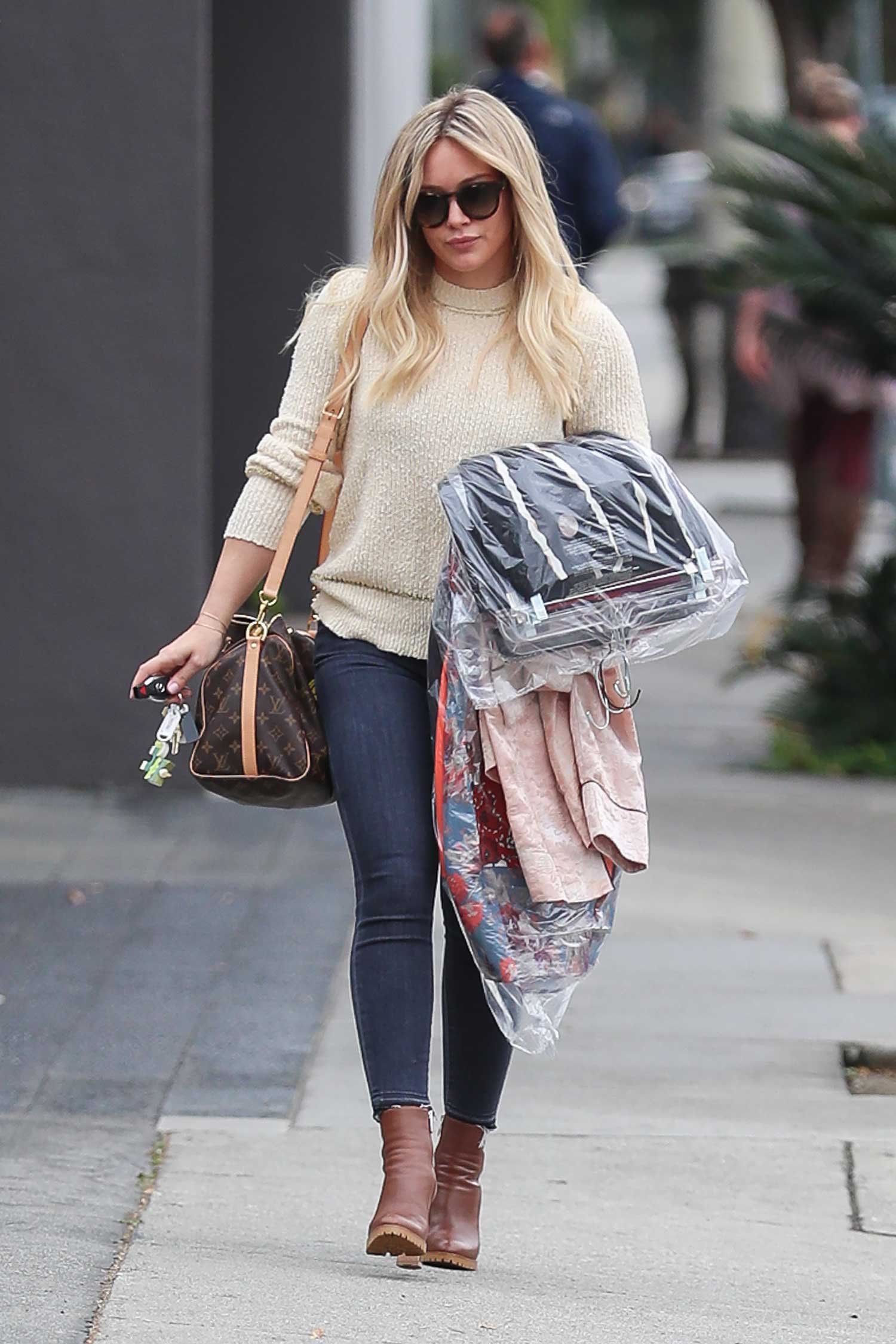 Hilary Duff had her hands full with a bunch of new clothes as she took them to the tailors in West Hollywood, California. She was seen carrying in a huge amount of denim and then coming out with these clothes, so it looks like she has a lot of alterations done quite regularly.

Hilary wore a pair of Parker Smith Bombshell High Rise Skinny Jeans in Eastern Sky for the day, pairing them with a simple cream sweater and some brown boots. She finished it off with a Louis Vuitton holdall to put all of her clothes in while running her errands.

Parker Smith isn’t a brand that we see often on celebrities and it’s not one that I am hugely familiar with in general. It was founded in 2014 and the jeans are made in Los Angeles, retailing for around the $200 price point, making them a premium denim brand. Hopefully we spot a few more people to put in our celebs in denim category here, but in the meantime I am always happy for another Hilary Duff sighting! She just can’t get enough of her jeans!