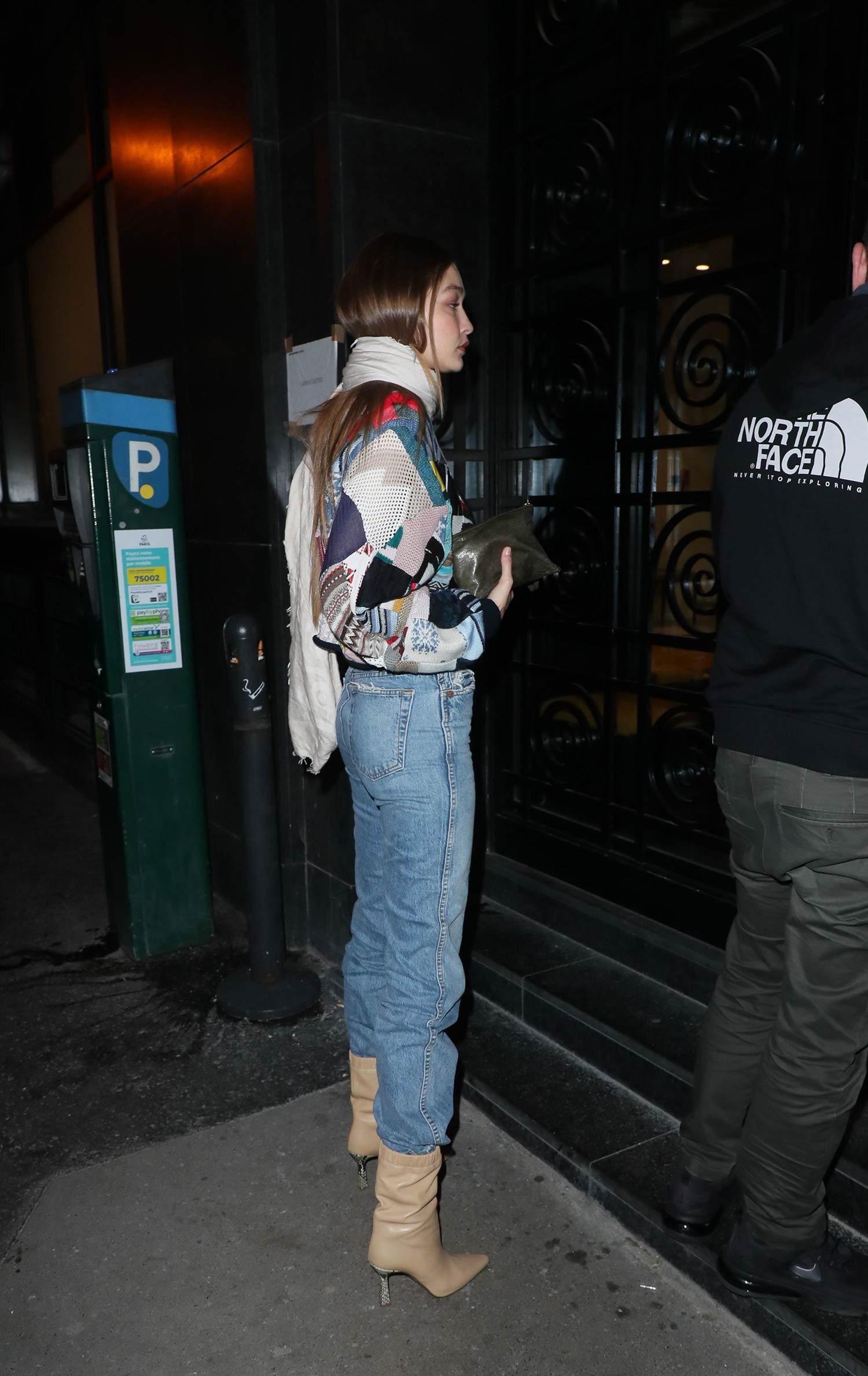 Gigi Hadid was spotted leaving her hotel Le Royal Monceau in Paris, France last month. It looks like she was waiting for a ride to pick her up, and she bundled up nicely to beat the chill.

Gigi wore a pair of RE/DONE High Rise Loose Jeans, which she styled with a Ksenia Schnaider patchwork cardigan, which is a Ukranian brand made of women’s leftovers. The boots are by Wandler, and I think they are cool, then she finished it off with a clutch and a scarf.

RE/DONE is actually one of her favourite brands. She used to wear them all the time when it was RE/DONE Levi’s and now they have their own line, it makes sense she gravitated towards them. I’m not really a huge fan of the long inseams and straight fits that are popular at the moment, but I think Gigi manages to pull it off well because of her model figure. 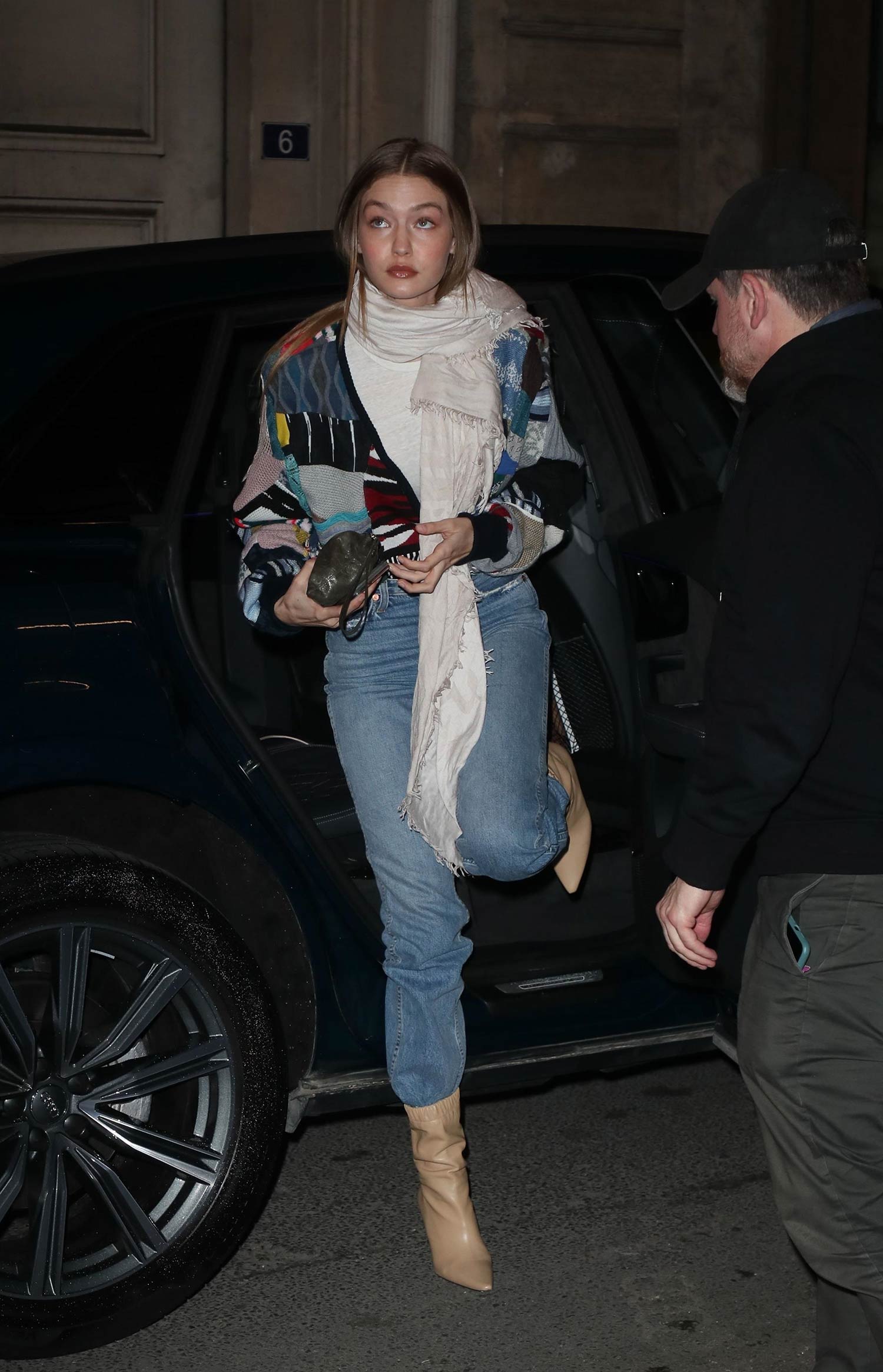