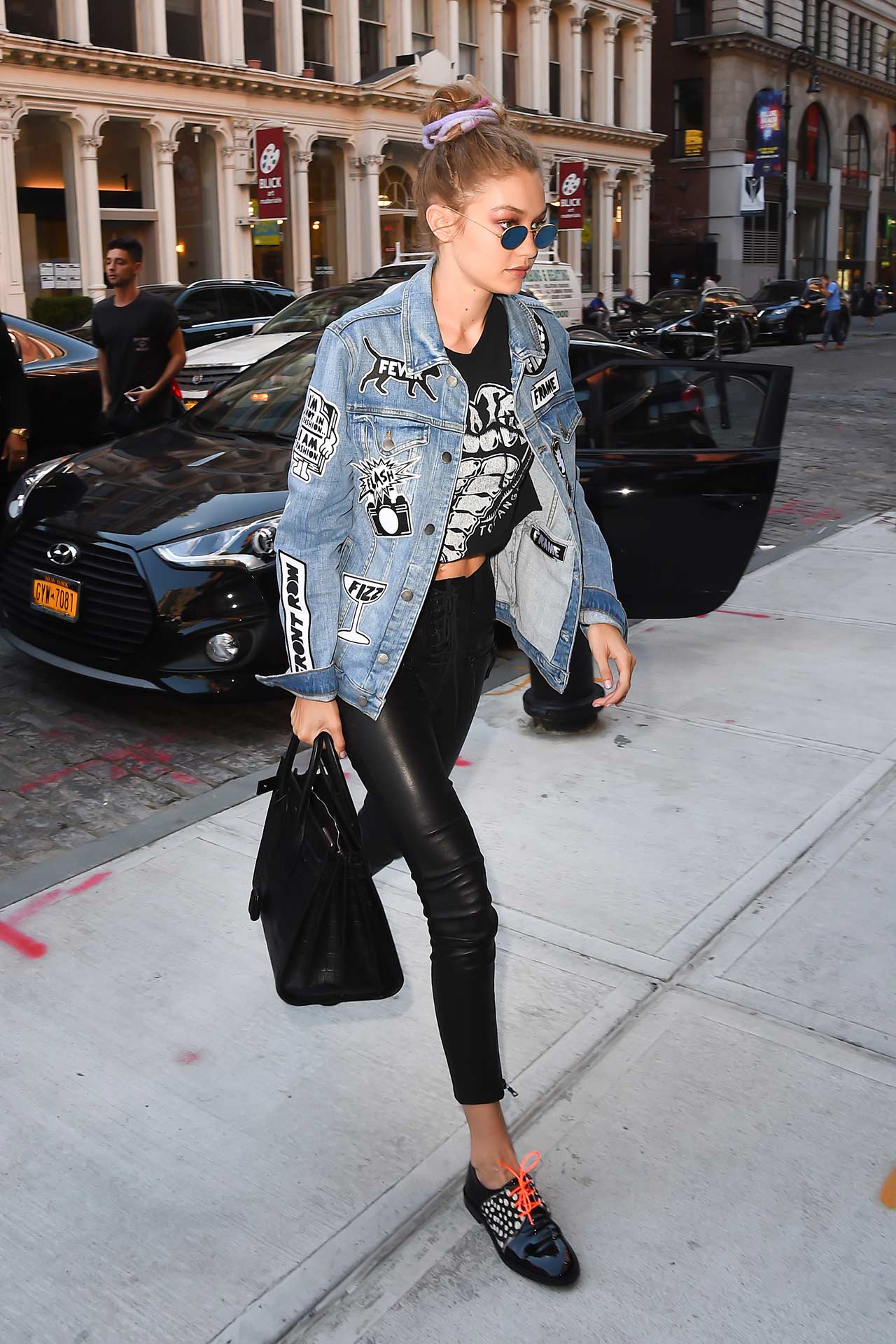 Supermodel Gigi Hadid is becoming quite a regular here on The Jeans Blog! She’s often spotted out and about, and given her love for denim, it’s not surprising she’s often featured. She was seen here during New York Fashion Week in New York City, heading to meetings between each of the shows, looking amazing. I fully agree with the quote on her jacket that reads “I’m not in fashion, I AM fashion”, don’t you?

For her outfit, Gigi was of course wearing the FRAME Le Original Patch Denim Jacket, which she styled with some UNRAVEL Leather Pants for a denim and leather killer combination. To make it edgy and match the patches on the denim jacket, Gigi also chose a Rolling Stones t-shirt, some brogues by Freda Salvador, and a Saint Laurent Sac de Jour bag. I think this entire outfit has edge and it looks amazing on her!

FRAME Denim has always been popular since its launch back in 2012, so it needs no explanation to how amazing it is as a brand, but when it comes to UNRAVEL, that’s a brand that has been creeping up on us the last few months. We have seen celebrities like Miranda Kerr and others, as well as Gigi who is a huge fan, in the brands leather pants. I think the lace up detailing at the waist is very striking, it’s something I’m a fan of. What do you think of Gigi Hadid in her FRAME Denim Jacket and UNRAVEL Leather Pants outfit? 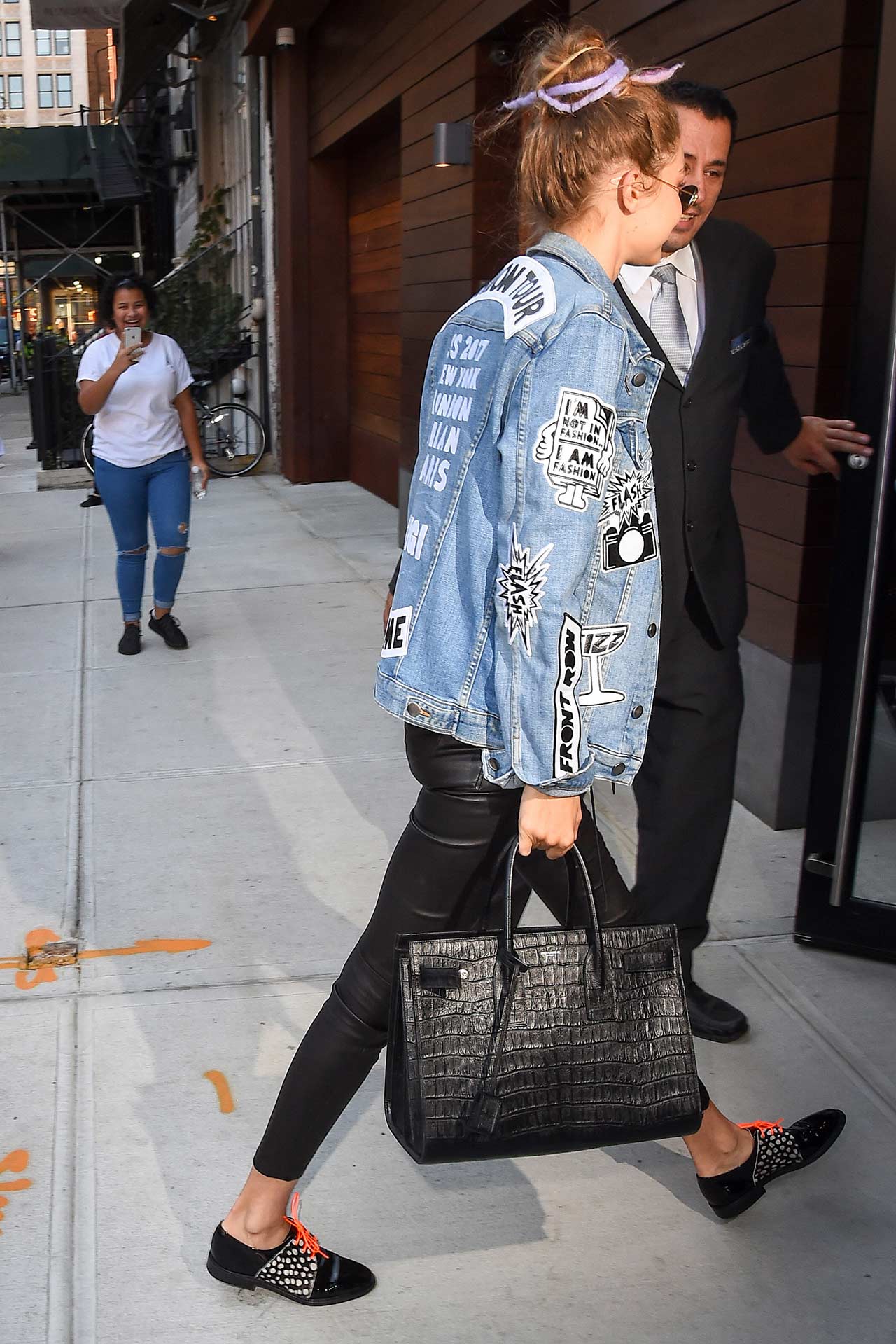