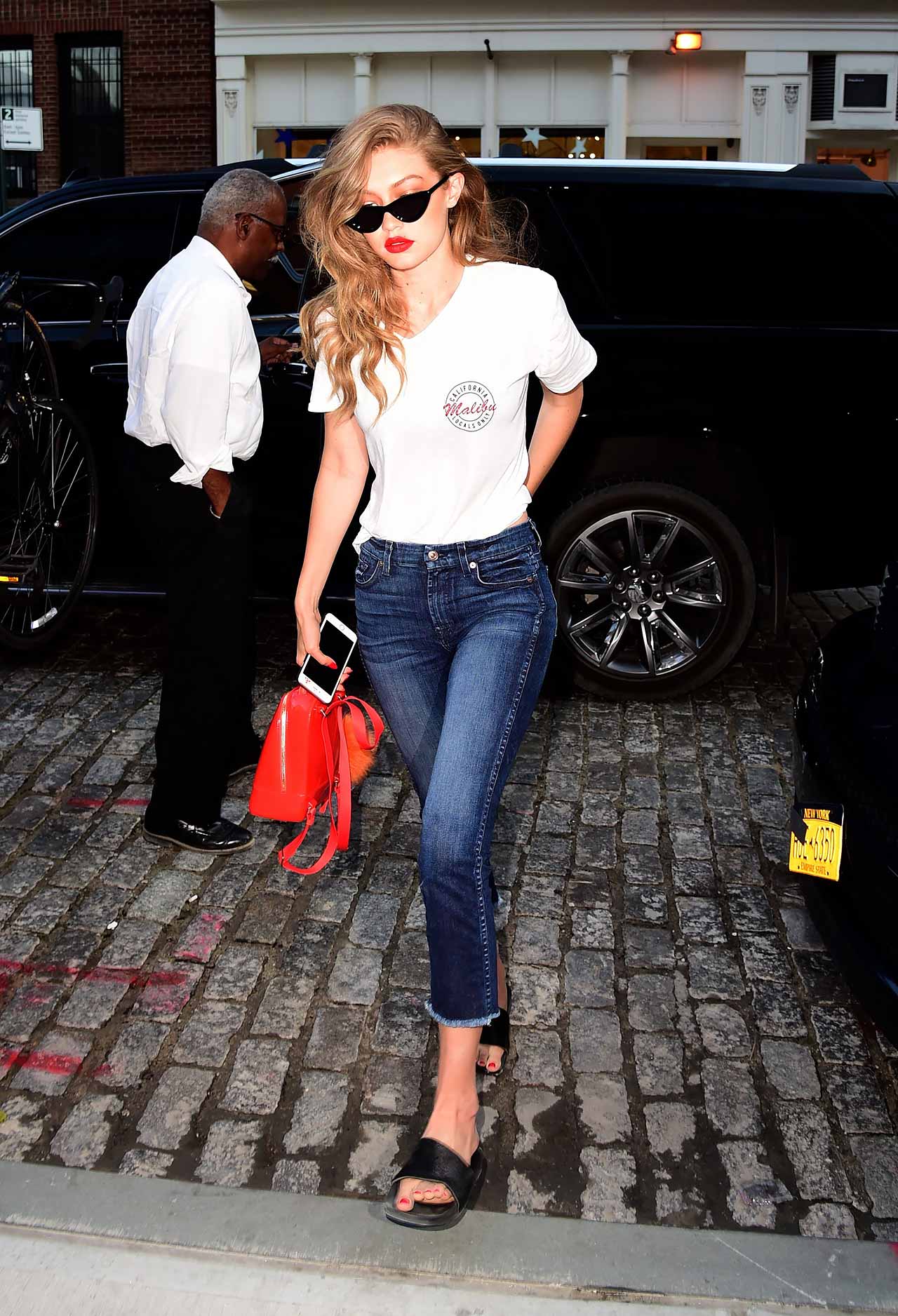 Supermodel Gigi Hadid got pictured not once, but twice in a very short space of time rocking her new 7 For All Mankind High Waisted Ankle Straight Jeans with Raw Hem in Acroplis Deep Sky. The first time she was wandering around the streets of New York City on her own, running some errands, then the second time, Gigi was holding hands with her boyfriend, singer, Zayn Malik, around the SoHo area of New York.

We have seen Gigi in a couple of pairs of 7 For All Mankind Jeans recently, specifically the brands new (b)air denim which she has looked amazing in, so it’s nice to see her switch out her usual skinny jeans in favour of some cropped jeans and style them in a very similar way. Whenever I have seen Gigi Hadid in jeans, she’s always managed to give off that effortless, cool vibe that looks like she just threw on her outfit or woke up like that. A simple pairing of a white t-shirt, red bag and black sandals, or an almost identical look with a black bag and bomber jacket thrown over the top, shows off the 7 For All Mankind jeans and her figure perfectly.

Have any of you tried the 7 For All Mankind High Waisted Ankle with a Raw Hem? I think the Acroplis Deep Sky wash is gorgeous, but I can definitely see these jeans being released in a beautiful light blue, or even a grey. I’d love both of those! Raw hem jeans are still one of my go-to styles at the moment as well, I think they really make the different outfits unique. What do you make of Gigi Hadid’s look here? Buy these exact jeans online at 7ForAllMankind.com and buy 7 For All Mankind online at Shopbop.com.