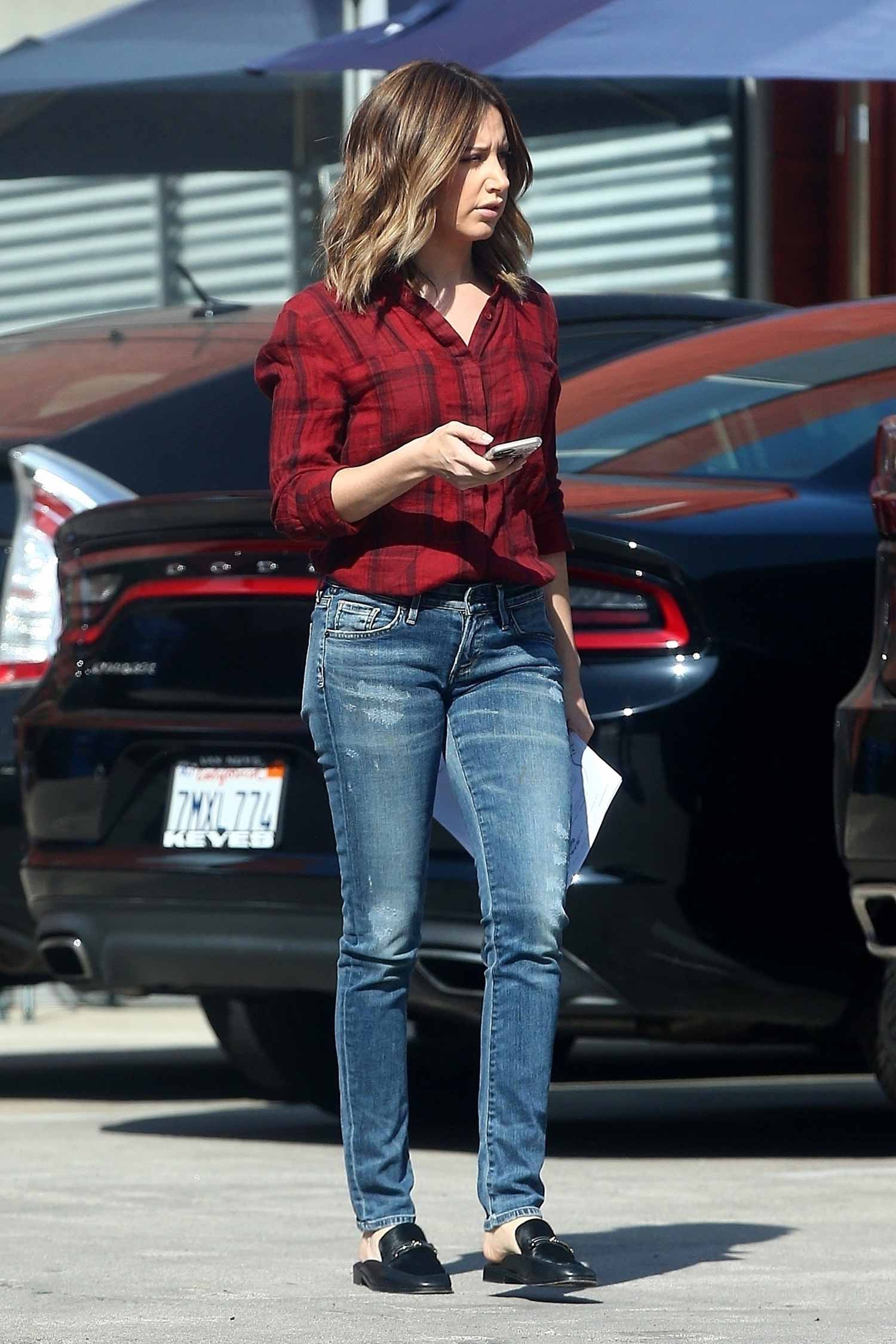 Ashley Tisdale paid a visit to a studio in Venice, California to check on a potential project. She left with a script in her hand so I’m wondering what we might be seeing her in later this year? It’s nice to see her loving her older denim though!

Ashley wore a pair of the Citizens of Humanity Racer Skinny Jeans in Folklore with a red plaid shirt and some black loafers. The Racer hasn’t ever been as popular as the Rocket as it has a lower rise, but I think they suit Ashley perfectly as she has really long legs to pull it off.

This particular wash in Folklore has been around for quite some time, so it’s nice to see that she’s still loving them and genuinely does like them. A lot of the time I wonder if the celebs wear the jeans just because they’re new, but when they re-wear older styles, it’s obvious they like them. Have any of you tried this particular pair? Or the 7.5″ rise Racer cut in general?