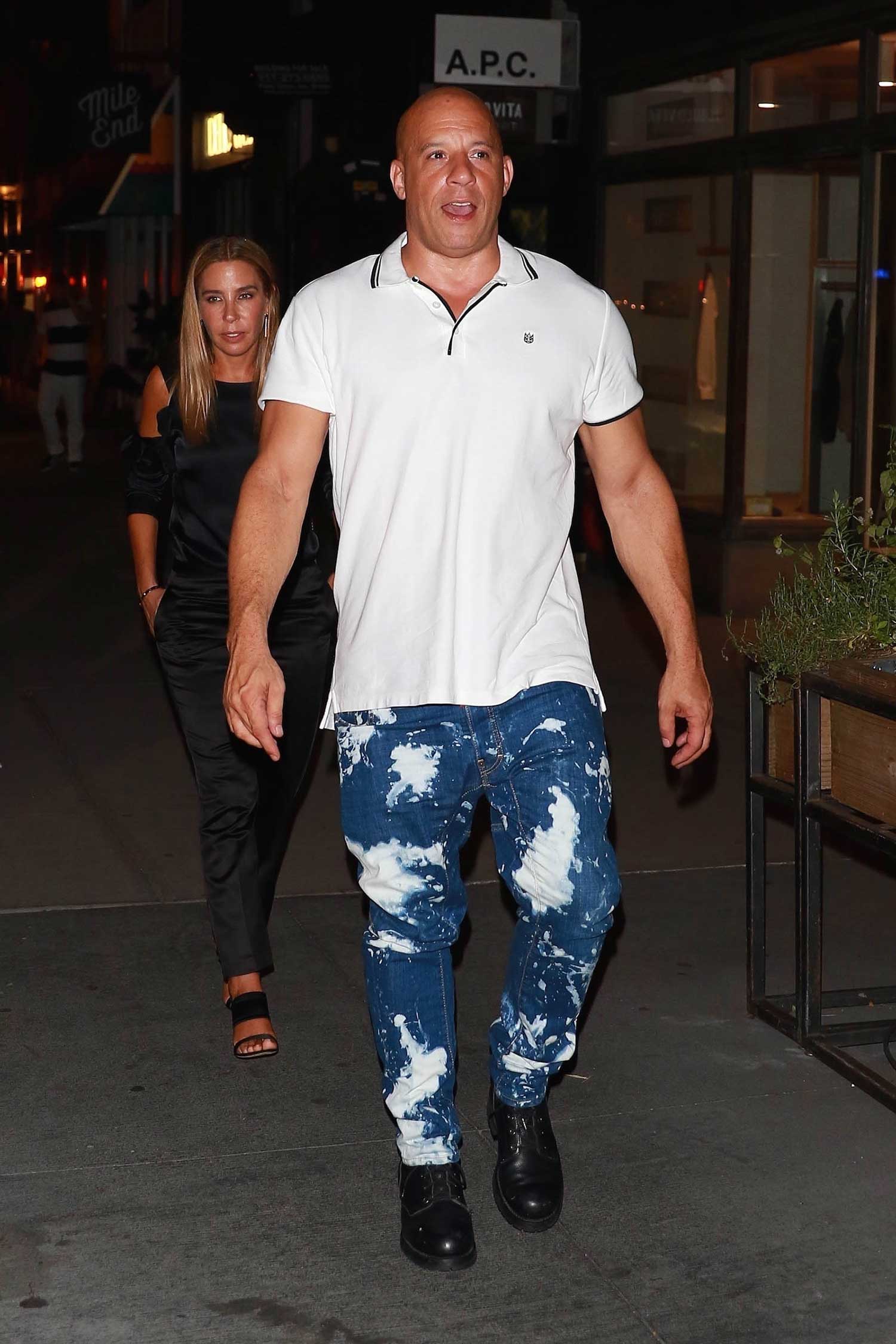 A celebrity that we haven’t featured before on The Jeans Blog! Fast & Furious star, Vin Diesel, smiled while getting snapped during a family dinner outing at Il Buco restaurant in New York City.   Vin is usually one celebrity who doesn’t like the lime light, so we rarely ever see him in candids.

For his outfit, he chose to wear a pair of blue tie-dye jeans which he paired with a simple polo shirt and some combat boots. Vin has always had a very casual dress sense, but often I’ve noticed a little bit of goofiness to it, in an intriguing way. I don’t know many men who would rock tie-dye jeans with those boots and a t-shirt like that. What do you think of his outfit? And guys, would you wear these jeans?