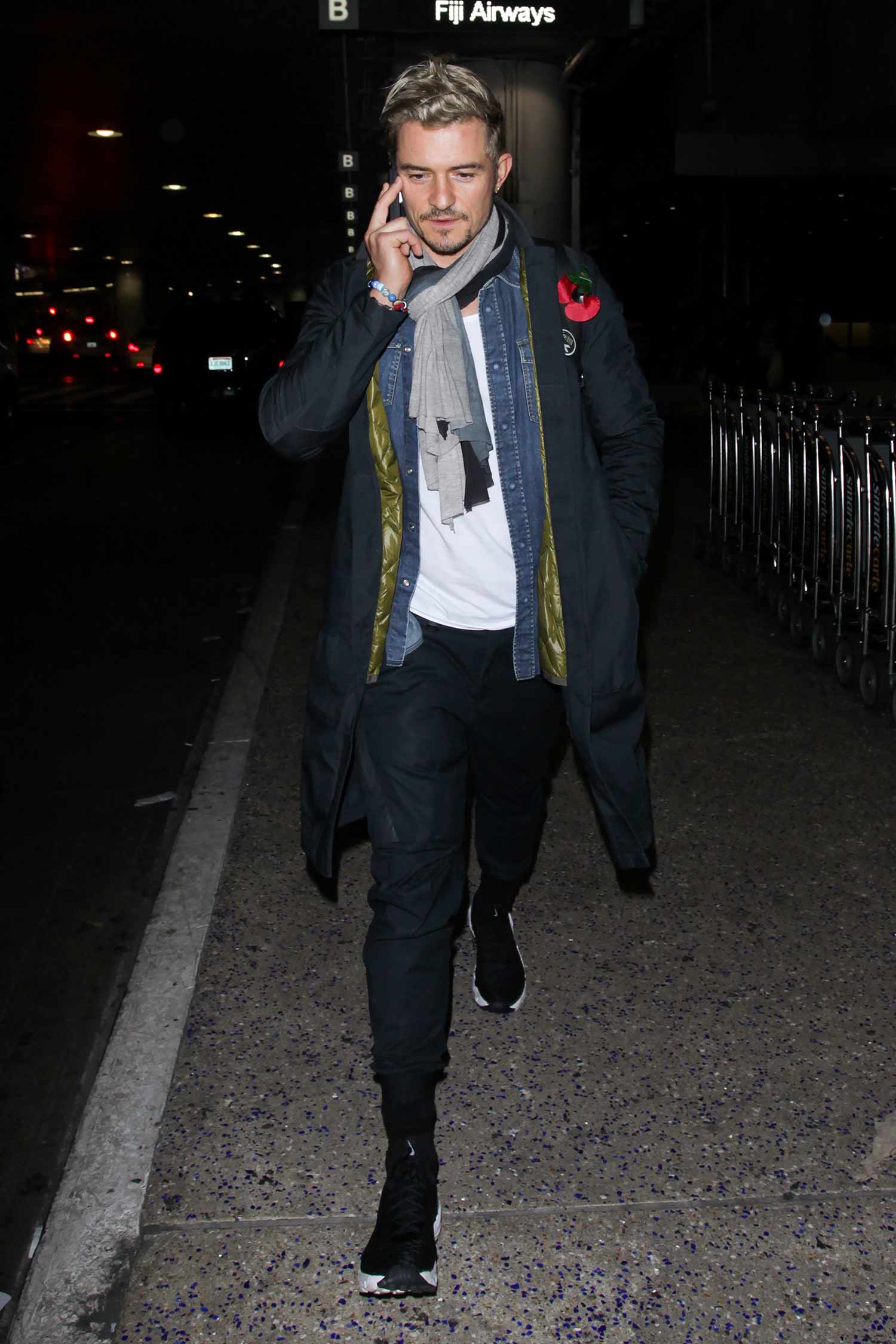 Actor Orlando Bloom chatted on his cell phone while arriving at LAX Airport in Los Angeles, California with a full luggage cart. I wonder where he was headed? I do know that Katy Perry has just been seen with an engagement ring, so hopefully the couple were spending quality time together.

For his flight, Orlando layered up to fight the cold as he was travelling to somewhere a little more cooler in temperatures – New York City. He layered a dark wash denim shirt over a t-shirt, then threw a parka coat on top and a scarf. Instead of wearing double denim and choosing jeans, Orlando chose some sweat pants for comfort instead, finished with some Nike sneakers.

I know Orlando is a huge fan of denim, often wearing thicker, raw, selvedge jeans and loving denim shirts too, so I’m glad the paparazzi managed to finally snap him out and about as I know he keeps a lower profile as much as he can. If the news about him and Katy getting engaged is true though, I’m sure we will be seeing a lot more of him soon! What do you think of Orlando Bloom and how he styled his denim shirt? 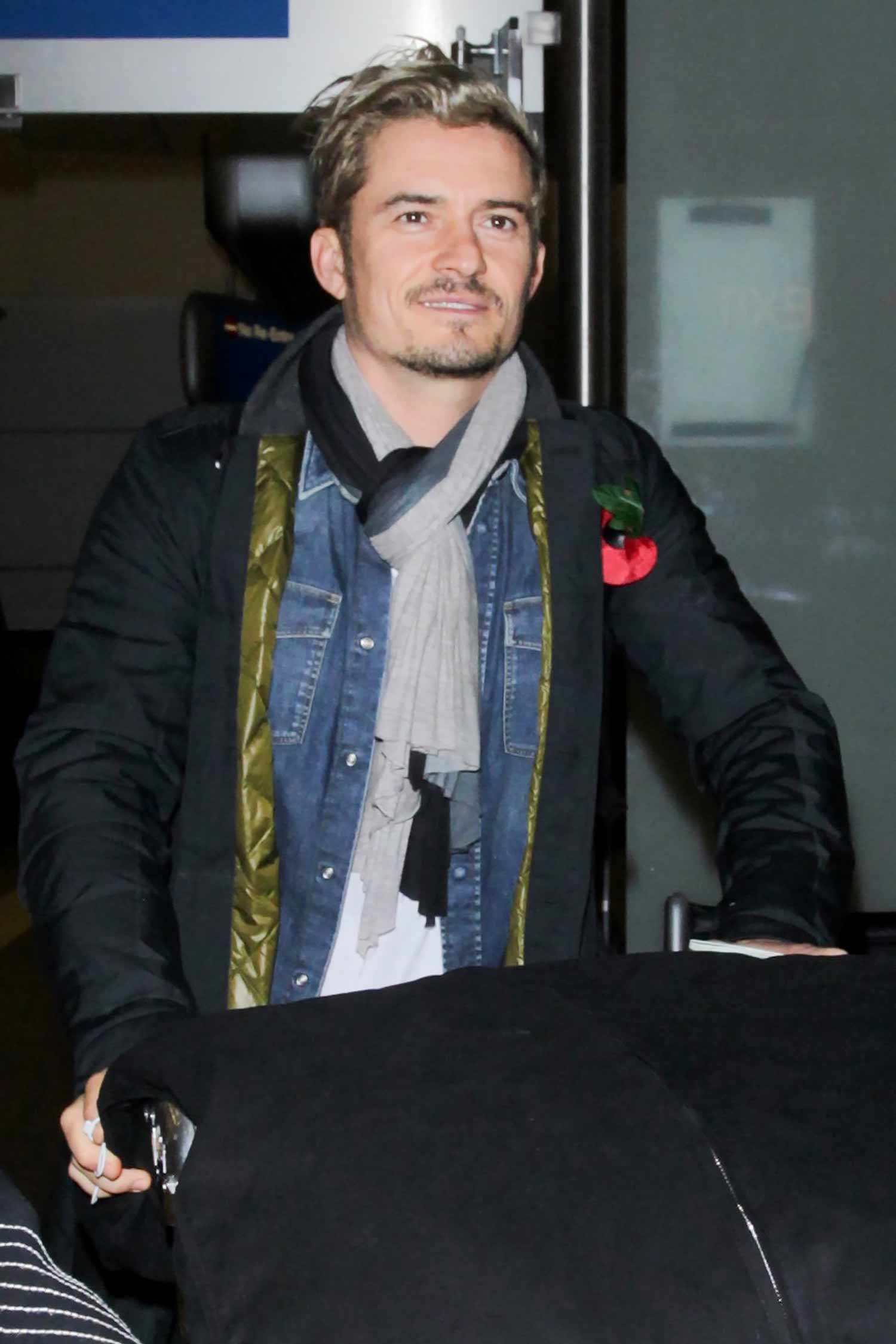